Nokubonga Yawa addressed the crowd on behalf of Equal Education. She spoke about the issues faced by communities and the role media plays in exposing and helping to address these issues. She went on to speak about how access to information allows citizens to hold government accountable.

“All of us whether we are Black, White, Colored or Indian, young and old, learners, parents, teacher, rich or poor, we have a right to information and that right should not be taken away from us”, Yawa said to the massive crowd gathered in front of Parliament.  Yawa has personal experience of the importance of access to information in activism and struggle for HIV/AIDS treatment and education.

The Right to Know Campaign aims to have the Protection of Information Bill, which gives any state agency, government department, parastatal or local municipality the power to conceal any information that it deems to be in the national interest, stopped. As it is currently written, the Bill fundamentally undermines the struggle for whistleblower protection, the right to access information and the freedom of expression enshrined in the Constitution. In particular, we are concerned that anyone involved in the ‘unauthorised’ handling and disclosure of classified information can be prosecuted; not just the state official who leaks information. This will lead to self-censorship and have a chilling effect on free speech.

EE is also concerned about a Media Tribunal which is not independent of party-political control or corporate control.

EE has been mobilising in township communities distributing leaflets and educating people about access to information. 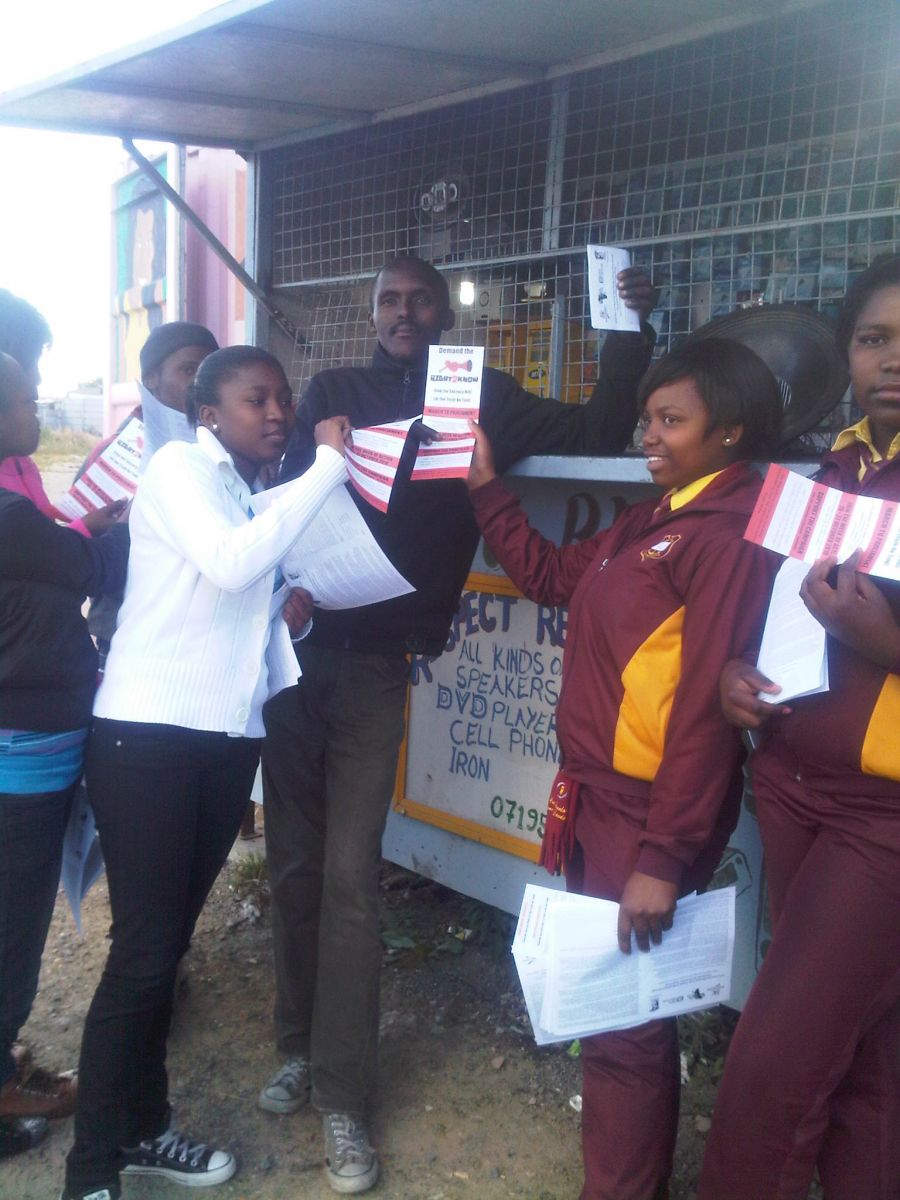 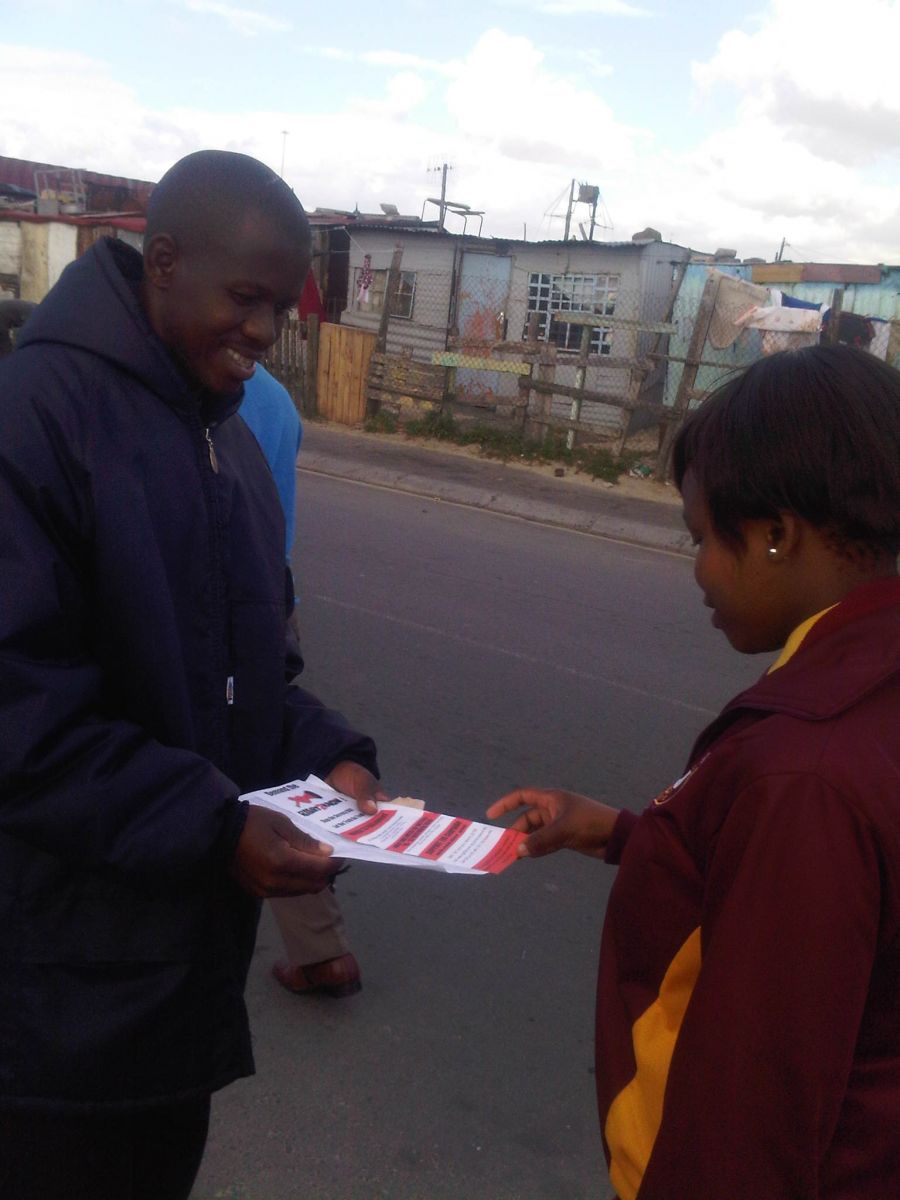 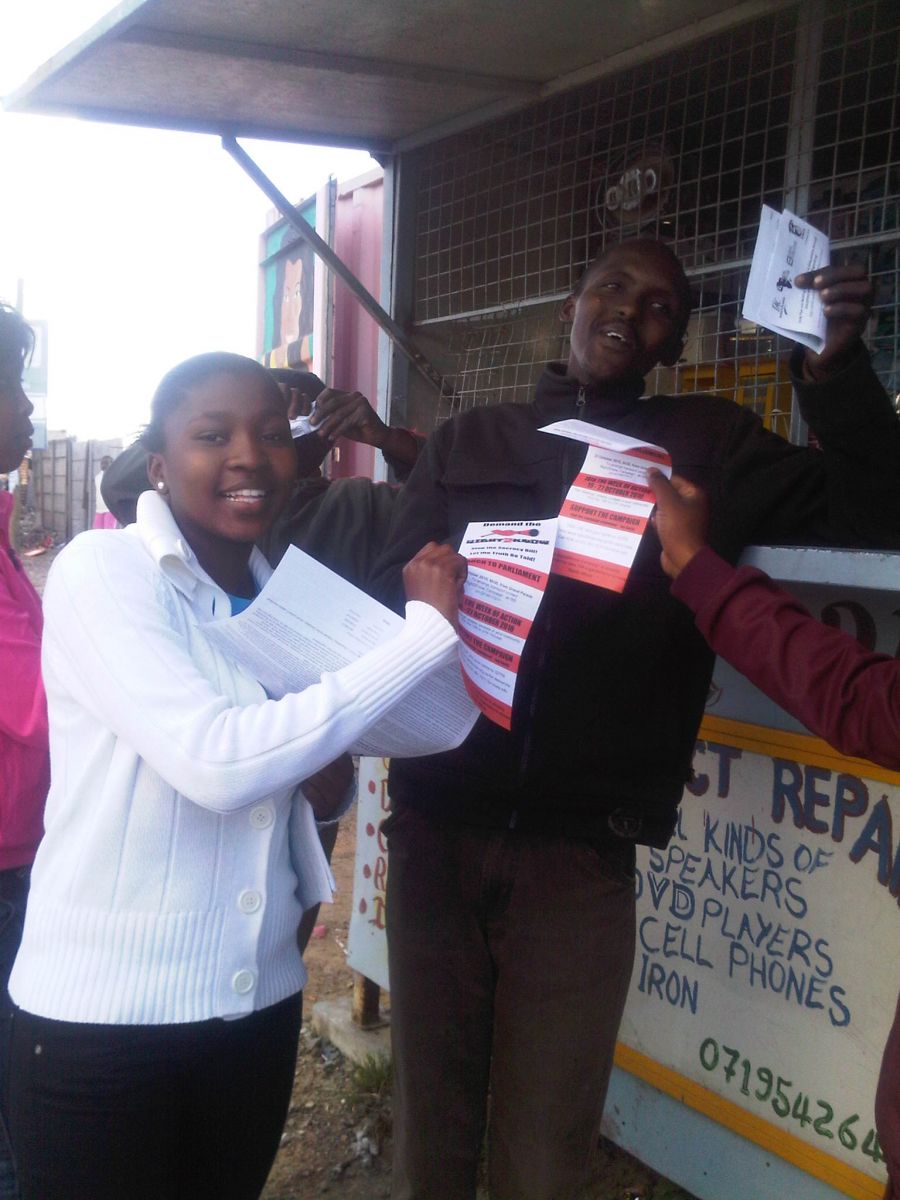 EE and the Right to Know Campaign demand that the Protection of Information Bill to be changes as follows:

EE joins 370 organisations and more than 10,000 individuals in endorsing the Right to Know Campaign. EE congratulates the Right2Know campaign on its leadership in this area.