In the Campaign for School Libraries, led by Equal Education, thousands of high school students, and their teachers and parents have made a commitment to ensuring that the government provides every school in the country with a fully functioning library. In recent months, EE has been flooded with hundreds of thousands of letters and petitions in support of these objectives from Makhado in Limpopo to Manenburg in the Western Cape, from Soweto in Gauteng to Grahamstown in the Eastern Cape. In fact, from all corners of South Africa. For the latter part of 2009, the PCR department concentrated much of its effort on researching the benefits of every public school in SA having a functional library that is adequately stocked and staffed by a qualified librarian.

Since South Africa’s democratic transition, the right to education for all has been a key legislative priority. Apartheid created a deeply fragmented education system. Black schools, the majority in both urban and rural areas, were left under-resourced. Only 8% of public schools in South Africa have functional libraries. These are almost entirely situated in former model C schools which have the resources to stock and staff these facilities. Approximately 20,000 schools are without libraries, thereby denying their learners access to regular reading opportunities.

For over two decades international research has proven that school libraries are beneficial to the progress and academic development of learners. In a major international study, for instance, researchers concluded that a stocked, staffed and fully-funded library in operation within a school alone improves students’ reading performance by as much as 8%. Beyond direct academic benefits, libraries offer social advantages too.

In EE’s own research, over 50% of learners identified school libraries as places where they would do homework and study for exams. A grade 8 learner at a high school in Khayelitsha, noted some of difficulties he faces when resorting to public libraries. “We wait in queues and are given a few minutes to do our research. We have to walk long distances to get there and along the way there are often gangs who take our money.” In communities where homes lack books and quiet spaces, school libraries offer stable sites for learning. The provision of a well stocked and appropriately staffed library will not only aid in the development of basic reading skills but instill a love of reading in our youth. 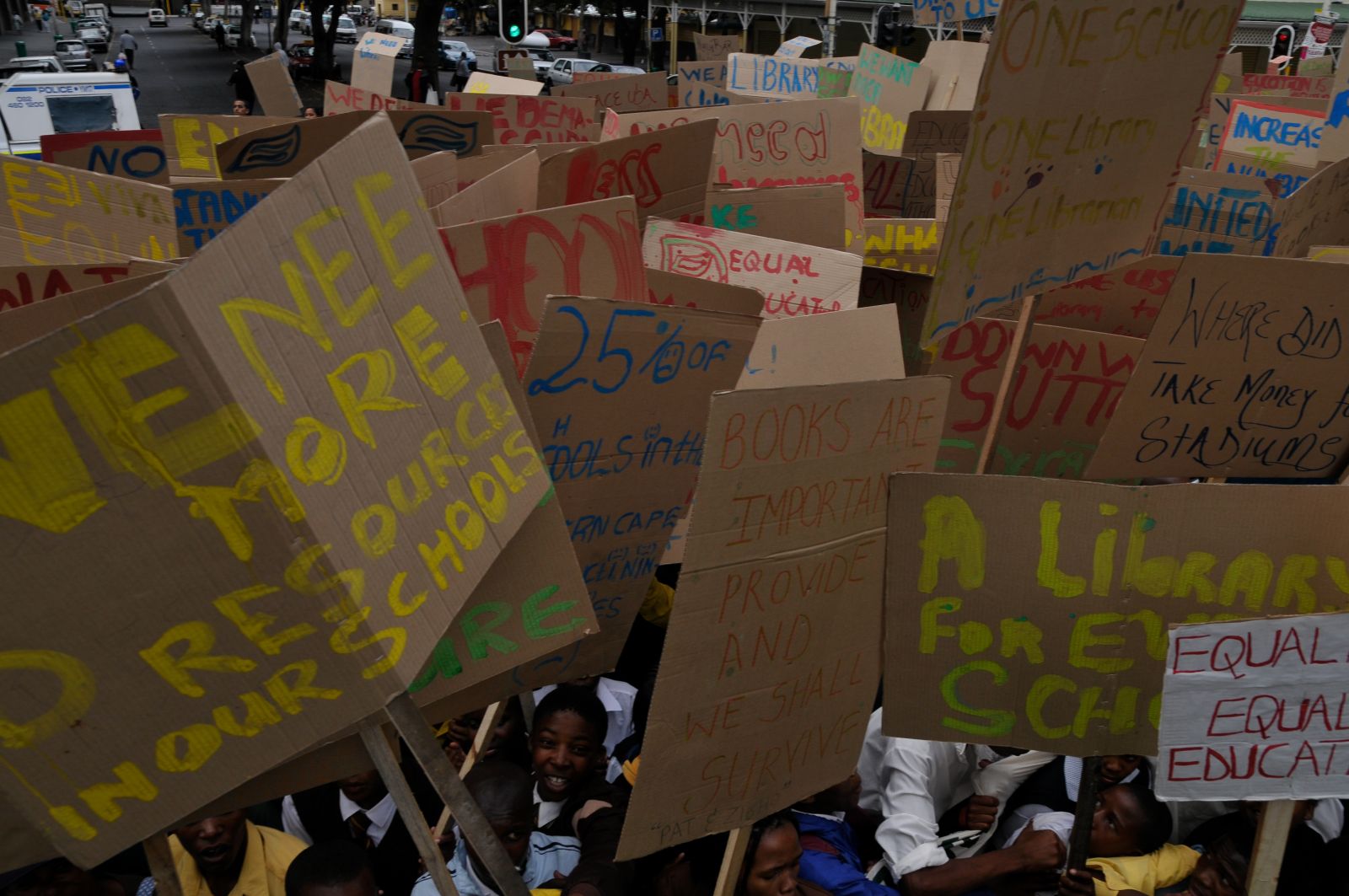 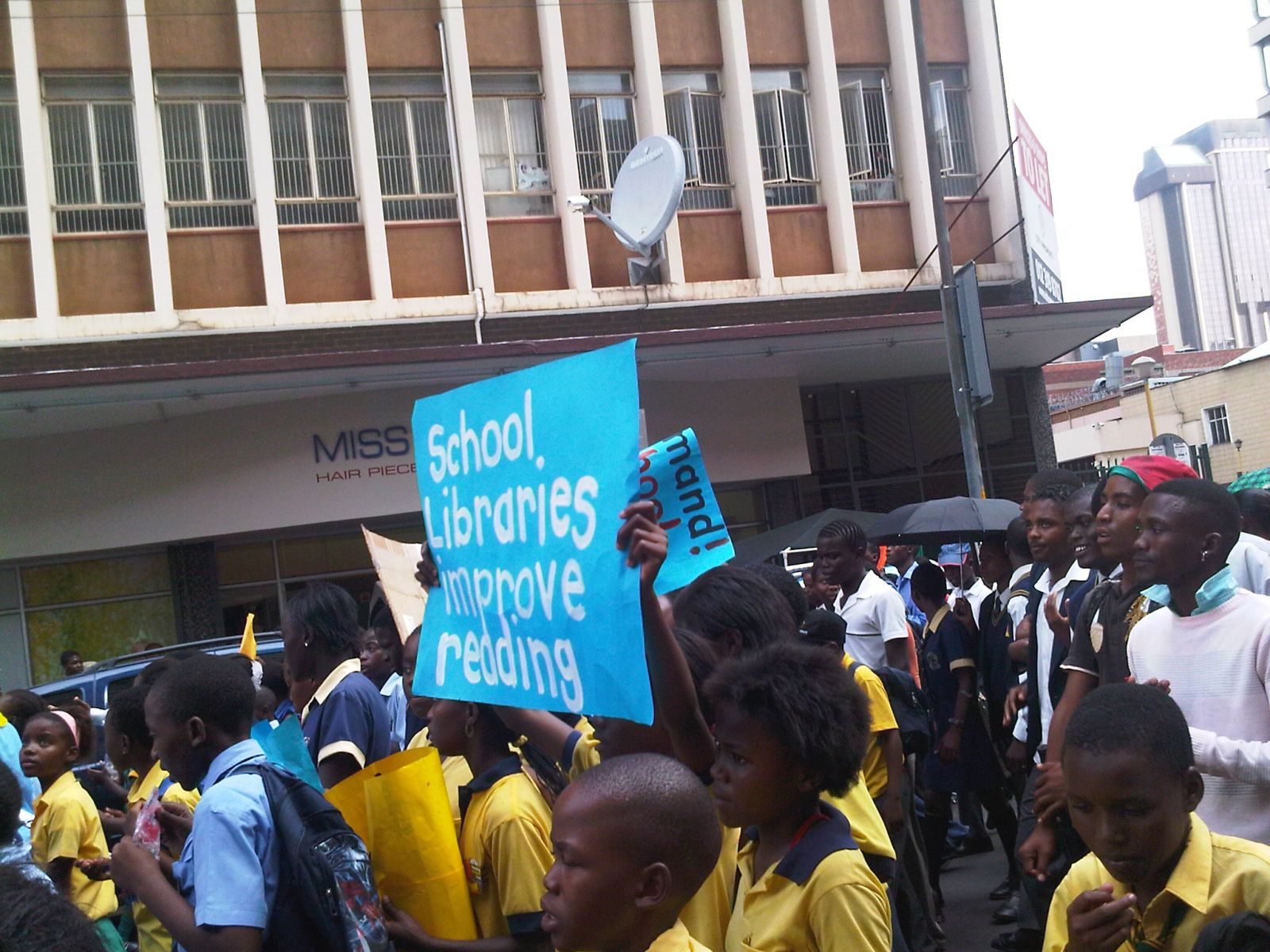 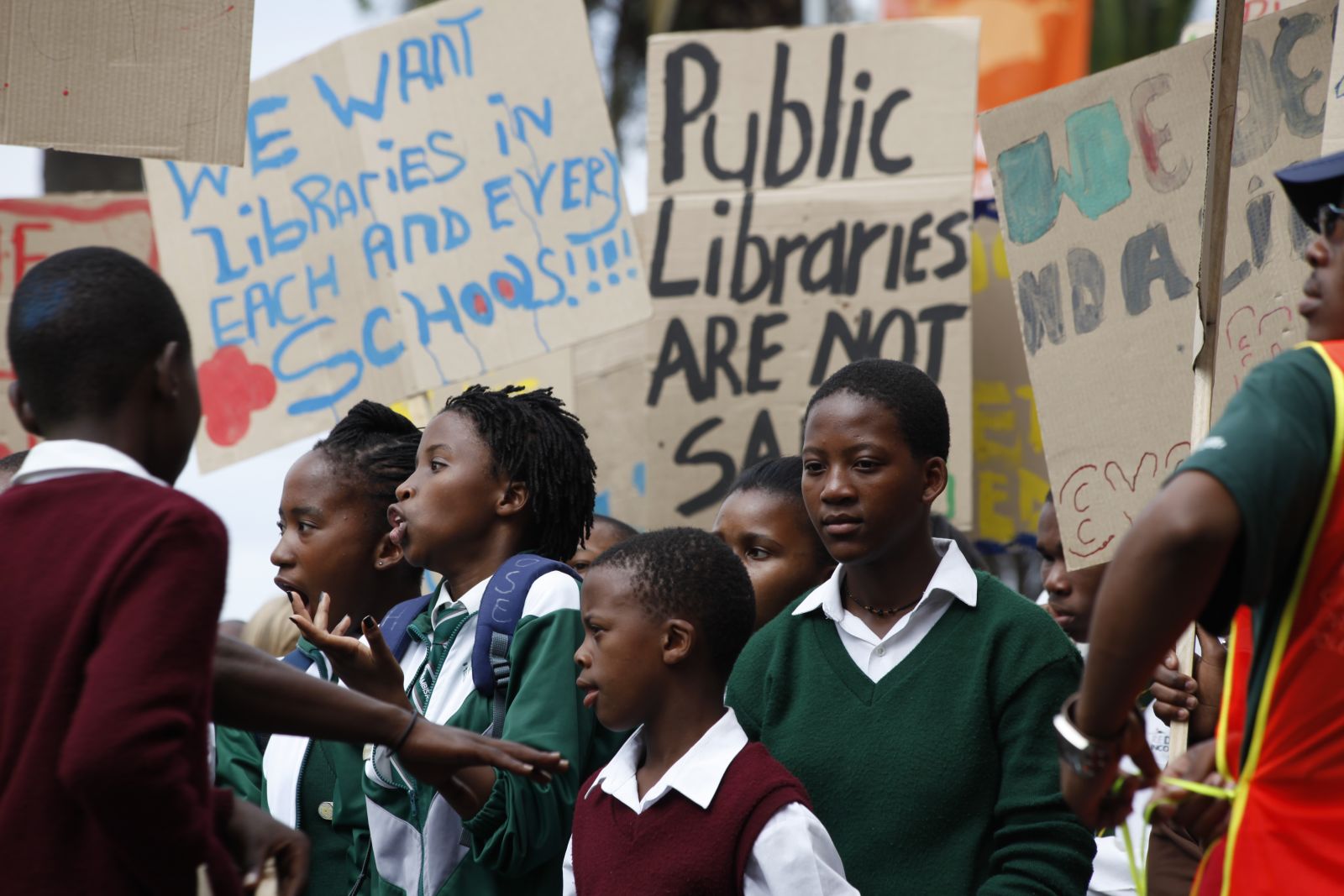 What are the elements of a functional library?

We have focused on four key elements: infrastructure, materials, librarianship training and remuneration of librarians. Taking into account financial constraints and the 80m2 requirement in the government’s draft minimum norms and standards, EE’s PCR department produced a blueprint design of a suitable school library. This structure recognises the essential functions of a school library, beyond that of mere book storage. It maintains an environment that is both welcoming and quiet, where learners can study as well as read for pleasure. The IFLA/UNESCO School Library Manifesto (2006) stipulates that a school library should hold at least ten books per learner. However, given the extreme shortage of library resources in South Africa, EE has instead called for three books per learner. Library materials aren’t limited to just books, and include visual and digital media, and other learning aides. Once initial collections are acquired they can be maintained by ring-fencing 10% of each schools LTSM allocation.

During the early 1990s school librarianship was a viable choice as a profession; however, today there isn’t a recognised salary for a school librarian or library administrator in the Occupation Specific Dispensation (OSD) for the teaching profession. There are currently only two universities in South Africa where teacher-librarian training programmes are available: the University of KwaZulu-Natal and the University of Western Cape both offer Advanced Certificates in Education with library specialisations. The limited number of courses available is indicative of the absence of school librarian posts. Greater employment opportunities will stimulate greater demand for training.

How much will it cost?

The provision of school libraries in all South African schools is not only necessary, it is also possible. Equal Education has calculated the total costs of a national roll-out of functional libraries in all ordinary public schools. These costs can be divided into four categories and, based on the most recent government statistics, are as follows: infrastructure, which consists of the furnished library structure itself (R7.92bn); books and materials (R1.98bn); librarian training (R0.35bn); and librarian salaries, a continuous annual cost which varies according to the level of qualification (between R1.19bn and R2.67bn).

To put these figure into perspective, it is interesting to compare them to what has recently been spend on stadiums for the FIFA World Cup. R13.61bn was spent on the 10 World Cup Stadiums. For this price the government could build, stock and staff 20,000 school libraries. Our research indicated that it is possible for the government to phase in functional school libraries countrywide. If the early provisions of infrastructure, materials and training were put into operation over ten years, their costs are less than 1% of the education budget for that period. Thereafter, only salary costs would remain, which on its own would amount to between 1% and 2% of the education budget.

'We Can't Afford Not To' – EE's Research