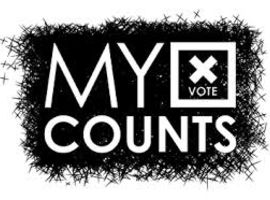 On Wednesday, 30 September 2015, the Constitutional Court handed down a judgment in the matter concerning Parliament failing a constitutional obligation by not enacting legislation to give the public the right to access information on party political funding. The applicant, My Vote Counts (MVC), was dismissed on a technicality. The majority judgement held that since the essence of the complaint was that the Promotion of Access to Information Act (PAIA) had certain shortcomings, PAIA’s constitutional validity should have been challenged in the High Court.

We commend the minority judgment of Justice Cameron, concurred in by Justices Moseneke, Froneman and Jappie, which held that political parties occupy a unique place in our multi-party democracy and that information on party funding was essential for the exercise and protection of the right to vote – this being the right to an informed vote.

We are disappointed that the majority did not take the opportunity to require that it is in the public interest, and part of the Constitutional right to vote, for the funding of political parties to be a matter of public record. We think this a necessary step to deepen democracy. Donations to political parties are often made in order to secure influence over policy – and this should not happen behind closed doors. We encourage MVC to exhaust every legal avenue, including challenging PAIA, as suggested by the majority. We take heart in the fact that the majority judgment does not say that the minority is incorrect in relation to the substantive question raised by MVC, but prefers to defer the question – to be addressed by the High Court.

On the same day the judgment was handed down, the ANC Chief Whip released a statement welcoming the decision by the Court, attacking MVC, and threatening progressive civil society. The ANC statement says “the ANC takes seriously the issue of transparency, openness and accountability regarding private funding not only for political parties but for civil society organisations as well” and calls for “putting in place an effective regulatory architecture for private funding of political parties and civil society groups to enhance accountability and transparency to the citizenry“.

This triumphalist response which seeks to turn a victory for the secrecy of party political funding into an opportunity to domesticate independent community and social justice organisations is unacceptable. We wish to make the following points clear:

Political parties – all of whom are at one with the ANC on protecting the secrecy of their donors – must understand that the fight to bring transparency to political party funding will not stop, because it is basic to democracy. Will not allow our democracy to be sold to big money in secret. And will use every means available to us to resist the policing of dissent and curbing of the independence of social movements struggling to build a more equal and free society.

MilaSTATEMENT: EQUAL EDUCATION DISAPPOINTED BY THE CONSTITUTIONAL COURT “MY VOTE COUNTS” JUDGMENT ON THE RIGHT TO KNOW WHO FUNDS POLITICAL PARTIES10.02.2015