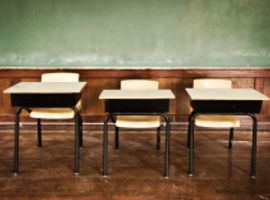 *Published by The Star

In her recent State of the Province Address, Premier Helen Zille remarked that there is an education initiative underway in the Western Cape with the “potential to become the greatest game changer of all”. The project that is the cause of such bold optimism is the implementation of a new public-private partnership model to administer five schools in poor communities. Christened “collaboration schools”, these institutions are part of an international trend partial privatisation of public education – from “charter schools” in the United States, to “academies” in the United Kingdom, to “friskolor” in Sweden. The structuring of these models varies by location and their effectiveness has been hotly contested everywhere they have been attempted. A review of a number of studies shows that on balance these schools do not consistently improve results and generally increase inequality. With plans apparently underfoot to implement the “collaboration schools” model in Gauteng too, the important question for us is whether or not these collaboration schools are a potential solution to South Africa’s education crisis. There are serious reasons to be skeptical.

The schools selected for the Western Cape’s pilot programme will experience three major changes. First, these institutions will be profoundly influenced by private actors in ways that will fundamentally alter the community-based nature of schools. Unlike other public schools, the majority voting rights on the school governing body (SGB) will be held by an “operating partner”, a private entity funded by a consortium of private donors. We had an informative meeting with representatives of the some of the donors in December last year. The group apparently includes the DG Murray Trust, the Michael and Susan Dell Foundation, the Zenex Foundation, the Millennium Trust, First Rand Empowerment, ELMA Philanthropies, the Omidyar Network and ARK. The three operating partners are LEAP Science and Maths Schools, Mellon Education and Two Oceans Education Foundation.

Second, all new teacher contracts will be with the SGB rather than the department, meaning that eventually all contracts will be at school level – providing the operating partner who manages the school with the ability to recruit, performance manage and dismiss teachers.

Finally, and most importantly, there will be an enormous influx of money into the piloted schools. In 2016 alone, the total donor contribution racks up to a handsome R30 million. Donor foundations will supplement existing government funding in the approximate amount of R2 500 per learner per year, with the intention of reducing this by half at some point in the future. This is a larger amount than the standard government funding (excluding teacher salaries) of R1 116 per learner per year that these schools will continue to receive. Launch costs per school are projected at R100 000 to R250 000. In addition, each operating partner will receive R2.5m for its first school, and less for each subsequent school under management – total year one management fees being R11.3m. For a school of 1000 learners, in the initial years, the donors are pumping in an effective R5m in additional funding. Even if this reduces sharply down to R2m per school in future, it remains a decisive cash injection.

As far as we have been informed, donors began discussions with the WCED in late 2014 to develop this pilot. It was only a year later, however, that any public announcement of the programme seems to have been made, with little or no public consultation outside of the targeted school communities. It was not until the programme was a done deal, just a few months away from implementation, that the public seems to have been made fully aware of its existence. Even then, the information was thin until stakeholders pushed for more accountability, through information requests and media statements. This lack of transparency does not inspire faith, especially in a programme that involves turning over significant control of our public institutions to private entities.

To its credit, the WCED eventually provided information, though only in response to a Promotion of Access to Information Act request by Equal Education. And in fairness, there does appear to have been a process whereby participating schools voted to turn majority control over to the operating partners. Whilst two schools did ultimately decline to participate, the offer was no doubt difficult to refuse. A massive cash injection of R2 500 per student per year is difficult to turn down if a school faces broken toilets, textbook and teacher shortages, and overcrowded classrooms.  Thus poor, black parents surrendered control in ways that wealthy, former Model C schools may not even have to consider.

Having schools run by private operating partners might not seem like such a bad idea. The private sector exudes an aura of efficiency; our schools certainly need to be well managed, and often they are not. SGBs are sometimes dysfunctional or lacking in capacity. However, for over a century, black parents and students have sought a meaningful say, even in the face of authoritarian school governance. School boycotts included demands around ending corporal punishment and the setting up of representative structures. SGBs, troubled though they are, were won in struggle as part of a democratising project that can’t be given up so easily. Outsourcing the running of schools to private bodies threatens to replace a political idea – ‘governance’ – with a technical one – ‘management’.
The donors and the WCED insist that the schools will run on four tenets: they will be non-profit, no-fee, non-selective and part of the public sector. The extent to which they are part of the public sector – to which government and parents can each exercise democratic control in the public interest – is of course debatable. The pledge not to select students based on academic ability will need to be monitored, because admissions policies for schools are determined by SGBs, which are to be controlled by the operating partners. This is vitally important for two reasons. Firstly, because creaming high-achieving students pauperizes the surrounding schools, and secondly because if a school is populated with better-achieving students it is impossible to assess later whether the model actually improved educational outcomes. Unfortunately, this problem is inevitable, because even without selection the more upwardly-mobile families will be attracted to the additional funding on offer, and find a way into these schools.

Let us be clear: this money is likely to have a very positive effect on the education of learners in these schools. Toilets will be repaired and stocked with soap and toilet paper. Fences will be fixed and security guards hired. There will be more, and possibly better paid teachers. All this is very likely to reflect in the education outcomes.

Why the concern then? If this were simply about philanthropic entities providing large sums to five public schools we would be welcoming it unreservedly. But the picture is complicated by the claim that this is a “model” being “piloted” in the hope of finding a solution, at a systems level, to the crisis of quality and inequality in our public schools. To make that claim two things are non-negotiable. Firstly, the model must be scalable. Secondly, if the claim is that private management, rather than simply improved funding, will be the key driver of improvement, this must be capable of independent verification. How the effects of more money and new management will be separately assessed has not been explained.

Will it be verified? There are plans to ensure regular assessment and monitoring of the pilot by the WCED and donors, but it is not clear whether these evaluations will be made public. It is imperative that the public be allowed to see these documents before the WCED goes forward with plans to expand the pilot into 50 more schools.

And can it be scaled? There are 1600 schools in the province. Let’s imagine that just 20%, 320 schools, could benefit from a similar intervention. At R2m per school – and recall it will initially be around R5m – that is R640m per year. Down at R1,5m per school it’s still R480m per year. Let’s assume the donors will curtail their funding at some point, and expect government to step in. Is this model affordable? And if so, before slipping down this slope, there must be a public discussion about how best to spend an additional half a billion rand per year on the province’s schools.

To put that figure in perspective: the WCED says it needs R377m per year to comply with the new norms and standards for school infrastructure. That would build 746 toilets, 149 classrooms, 352 labs, 37 libraries, 103 sports fields, and much more. To afford this basic infrastructure, the department has said, will require diverting more the R100 million away from regular and emergency maintenance.

While the “collaboration schools” may see improved educational outcomes, questions remain about how this will be assessed and whether it will even be possible to factor out the effects of the cash injection. Whether parents appreciate the management support, or resent the loss of control, remains to be seen, whilst scalability does not appear to have been seriously worked out. For now, it is a big splash, but a tiny drop in the ocean.

Leanne Jansen-ThomasCOLLABORATION SCHOOLS A BIG SPLASH, BUT A DROP IN THE OCEAN03.06.2016