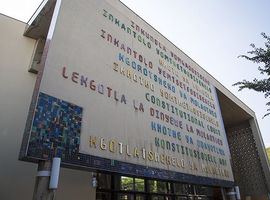 Today, the Constitutional Court handed down judgment in CCT 209/15 FEDSAS v MEC for Education, Gauteng and Another.

The matter, in which Equal Education Law Centre (EELC) represented Equal Education (EE) as amicus curiae (friend of the court), concerned the validity of certain amendments to the Regulations Relating to the Admission of Learners to Public Schools published in 2012 (Regulations).

Since the case engaged the immensely important constitutional questions of equitable access to education promised in section 29 of the Constitution, leave to appeal specific orders of the Supreme Court of Appeal was granted.

Turning to specific regulations, the Court considered regulation 3(7) which disallows a learner’s prospective school from requesting confidential information from her current school. The Court held, as the Gauteng Department of Education/Respondents and EE contended, that this regulation properly combats unfair discrimination.

Proceeding to the issue of feeder zones, the Court held that the default position created by regulation 4(1) which determines feeder zones on a geographical basis, is indeed an interim, transitional arrangement. The Court found traction in EE’s submission that since the apartheid residential and workplace lines remain firm, the impact of the default feeder zone position is to prolong and legalise racial exclusion. The Court did not decide on the issue of whether EE could argue that the default feeder zone position created an unfairly discriminatory system. However, the Court compelled the MEC to formulate fresh rules for feeder zones as required by regulation 4(1) – which relief EE supported as amicus. This is a major victory for learners in Gauteng as the MEC is required to set feeder zones within a reasonable time and not later than 12 months from today.

Significantly, EE’s arguments in court were so compelling as to cause the Gauteng MEC, Panyaza Lesufi, to tweet after that he fully concurred with EE’s submissions. EE looks forward to engaging the MEC further as the feeder zone determinations now have to be made.

The Court finally found that the duty to place unplaced learners, and determine enrolment capacity and declare a school full falls on the MEC and HOD, respectively. However, the Court noted that the admission policy of a school must conform to all applicable law including provincial law. In papers before the Court, the Gauteng Department of Education conceded to EE’s argument that the requirements of the Norms and Standards for School Infrastructure (“Norms and Standards”) must apply until the school capacity regulations are promulgated. This is another significant victory for EE, which has campaigned for years to ensure the effectiveness of the Norms and Standards.

In summary, EE welcomes the judgment of the Court, delivered by the formidable Deputy Chief Justice Dikgang Moseneke. In line with this judgment, the default feeder zone regime to which EE has objected will have a limited lifespan – opening the door for more equitable access to education that does not simply perpetuate race and class privilege along apartheid geographical lines.