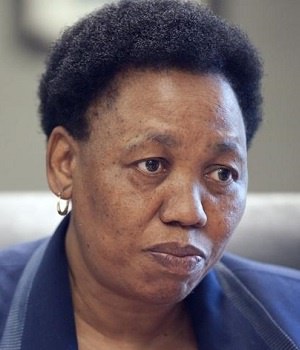 For a reform that is meant to reshape the education system, the three-stream curriculum model was barely mentioned in Basic Education Minister Angie Motshekga’s recent budget vote speech.

The plan aims to send more learners into technical education. While it has been optimistically trumpeted as a major change, concrete details are scarce.

The project is to begin next year, although the curriculum for one technical stream has not yet been published for public comment.

Delaying the release of information until just before implementation limits the public’s ability to engage effectively with the proposals, and suggests that the plan will go ahead regardless of what people say.

This is unfortunate, given that the justification offered by the department of basic education – curbing the dropout rate and stimulating economic growth – is problematic.

Firstly, it is false to say that learners drop out because of a lack of academic inclination.

Many dropouts are determined by poverty and social dislocation; others, it is true, are linked to learning deficits, but are also shaped by broader conditions at their schools, such as infrastructure, well-trained teachers, and provision (or lack) of nutrition programmes and scholar transport.

Moreover, the promised economic benefits of these reforms are likely to be illusive. In an economy that has seen many industries collapse, taking away learners’ secondary education and ability to study further is extremely risky.

The new scheme stands to render inequalities even more impermeable than before, and it demands more from a basic education system already failing to provide school infrastructure or high-quality teaching.

This system will run parallel to the existing technical colleges, but looks likely to succumb to the same pitfalls.

The three-stream system is likely to reproduce existing racial and economic inequalities. Learners who attend well-resourced schools are more likely to perform well in tests, given that these schools have better facilities and can afford more teachers.

If streaming is based on these scores, learners from poor and working class communities will be disproportionately placed in vocational and occupational streams, as they tend to attend poorly resourced schools nearby.

Ultimately, this will limit rather than enhance their employment options, and hence limit their class mobility.

There is an alternative, technical stream of education offered by the Technical Vocational Education and Training (TVET) colleges, run by the department of higher education and training. Students can enrol for a National Certificate Vocational (NCV) after Grade 9.

This certificate was introduced to replace the old apprenticeship programme, as its theory courses were only three months long. It was intended to be broader than an apprenticeship, include general education and involve full calendar years of study.

But although the new curriculum has been in place for about 10 years, it has neither substantially improved skill levels, nor stimulated economic development. The new courses the colleges had to teach were without precedent, and lecturers were ill-prepared for the demanding changes.

As a result, the quality of teaching has often been poor.

In addition, the curriculum is challenging and does not necessarily provide a simpler avenue of study.

Poor primary and high school education often leaves learners unprepared for success in vocational and academic fields. Consequently, many students do not progress to the next year of study.

Research conducted in 2013 by the Human Sciences Research Council showed an 8.8% completion rate for the first year of the NCV, and a 3.2% rate for the second. Nor are graduates all leaving with high skill levels.

Graduates of TVET colleges still experience high unemployment rates and the NCV courses appear to have low market value. These deficiencies in the existing vocational education system are warning signs for the three-stream system.

South Africa’s education system has deep-seated administrative, infrastructural and teacher-related problems. According to 2015 data, 10 419 schools still have pit toilets; 3 767 have no, or unreliable, electricity; and 5 225 have no, or an unreliable, water supply.

The new model does not speak to these issues but places greater demands on an already failing system: 60% of schools will now also need workshops, equipment and newly trained teacher-artisans.

Motsepe is the general secretary, while Lester and Sher are researchers at Equal Education