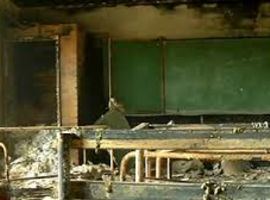 Equal Education (EE) firstly wants to convey our deep concern over the current situation in Vuwani, Limpopo, where more than 20 schools have been targeted in arson attacks, disrupting the education of thousands of learners. EE is conscious of the additional pressure brought to bear on the basic education budget. The razing of schools is a massive blow to the struggle to #FixOurSchools. However, the prevailing needs in our education sector are long-standing, and have not been adequately addressed by the national and provincial departments.

Minister Motshekga indicated that the preliminary estimate for the reconstruction of schools in Vuwani stands at R720 million and that the learner records that have been lost are “irreplaceable”[1]. We are in complete agreement with her that while it is the right of all South Africans to legitimate and peaceful protest, no amount of legitimate grievance or disaffection warrants the destruction of much needed public property.

Strides made in the basic education sector

Naturally, Minister Motshekga’s budget vote speech highlighted the areas in which she believes the DBE has made strides.

This included the Second Chance Programme for learners who had not passed matric, and the introduction of the new “three stream” curriculum model. Motshekga called these “innovations designed to improve curriculum choices and post-school opportunities and choices for young people”[2].

Piloted this year (2016), the Second Chance Programme allows learners that attempted the matric exams in 2015, but failed, a second chance to sit the exams after receiving additional academic support. The three streams model – being piloted next year – introduces additional technical tiers into the curriculum, allowing learners the opportunity to specialise in technical and vocational skills training at the high school level.

Both programmes are designed to improve school throughput.

However, EE is concerned that the introduction of the three stream model will put further strain on the education budget, resulting in slower delivery.

In relation to the three stream model and the planned full-scale implementation thereof beyond 2017, EE would like to know:

·         What are the specific budgetary allocations for the implementation of the necessary equipment and teacher training to ensure the effectiveness of the three stream model?

·         How will these additional budget items affect the current schooling curriculum and the quality of its delivery?

·         What are the rollout plans for the (re)structuring of existing schools to meet the needs of the technical streams?

·         How is the DBE going to ensure that it can meet the pedagogical requirements of a more diverse curriculum when the current one is evidently not functioning optimally?

But take note: access to education does not necessarily mean quality teaching and learning. Data from 18 102 schools reveals that instead of narrowing learning inequalities, Grade R has further widened the gap between children of wealthy and poor schools[3]. The potential of government’s early learning investment, to see children overcome the disadvantages of a poor home environment, has been negated by difficulties that include teacher capacity. Thus, Minister Motshekga’s commitment to “formalise” Grade R cannot materialise soon enough. Similarly, her commitment to providing appropriately qualified and experienced ECD practitioners is of utmost importance. Given that many South African children enter formal schooling with their development potential significantly compromised, investment in ECD is arguably the most cost-efficient fiscal expenditure to directly impact that gap. In her budget vote speech, Minister Motshekga has emphasised her department’s commitment to realising the goals of the National Development Plan (NDP) – and chapter nine of the NDP calls for two compulsory years ofquality preschool for 4-year-olds and 5-year-olds (pre-Grade R, and Grade R).

EE is encouraged that the National Schools Nutrition Programme (NSNP) is able to provide meals to over 9 million learners in 21 191 schools across the country. We will certainly make our voice heard should there be any attempt to reduce learners’ portion sizes, or to amend menus, as suggested by MEC Schafer in the Western Cape Education Department.

Despite significant reforms, our education system continues to perpetuate the divides established by Apartheid. There remains a gap between affluent and impoverished public schools with regard to both material conditions and learning outcomes. Decent facilities and quality teaching remain, disproportionately, in wealthy urban areas – serving a very small proportion of South Africans.

In her budget vote speech Minister Motshekga states that infrastructure delivery – which in the medium term will be funded through the Education Infrastructure Grant (EIG) and the Accelerated Schools Infrastructure Delivery Initiative (ASIDI) – will total R38.281 billion. For the 2016/17 financial year, ASIDI and the EIG have been allocated R2.375 billion and R9.614 billion respectively. The EIG will receive allocations of R12.78 billion and R13.512 billion in 2017/18 and 2018/19 respectively. It should be noted that the high EIG allocation in the outer years is due to the fact that this fund will be merged with ASIDI as of next year. This is therefore not an increase in allocation, but a pooling of funds.

·         Provinces, particularly those with significant backlogs, no longer have additional funding for school infrastructure (in the form of ASIDI)[4].

·         The merger of the grants will also mean that provinces must commit large amounts of their Equitable Share toward infrastructure – something which they have failed to do in the past (as in the case of Limpopo which last year contributed 0%).

Minister Motshekga made mention of the Minimum Norms and Standards for School Infrastructure (hereafter referred to as N&S), as the first deadline for the N&S is 29 November this year. This means that by 29 November all schools in the country must have access to water, sanitation and electricity, and no school must be made of inappropriate material (mud, asbestos, etc.). EE has in the past asked the DBE how it will meet the deadline and what plans it has put in place to ensure provincial compliance with the N&S. Incompetent MECs must be made to account. Come 29 November EE will respond in kind to non-compliance in the delivery of urgent school infrastructure.

See EE’s submission on the Division of Revenue 2016: https://www.equaleducation.org.za/file/2016-04-19-ee-submission-to-standing-committee-on-division-of-revenue-2016

There are thousands of learners who everyday walk long distances to access schooling. The effects of the lack of provision of transport for many learners in rural areas includes: frequent absenteeism, road accidents, deaths and high prospects of sexual and physical exploitation of learners when making the journey to and from school on foot. Not to mention the effects that travelling long distances by foot has on a child’s ability to concentrate and maximise the efficacy of teaching time.

As Minister Motshekga reported, the national Scholar Transport policy was approved by Cabinet on 22 May 2015 and was published in the government Gazette on 23 October 2015.  She stated the main focus of the policy as being “to improve access to quality education by providing a safe, decent, effective, integrated and sustainable learner transport for deserving learners”[5]. EE contends that the policy’s funding model does not address the growing demand for scholar transport, as well as the budget constraints facing provincial departments. Funding for scholar transport from provincial treasuries is not sufficient and an urgent solution is required. Moreover, the policy itself does not provide a sufficiently clear identification of who qualifies for learner transport. Ambiguous terminology ensures that the policy cannot be implemented effectively, and makes it difficult for society to hold government account when it does not meet its mandate.

EE calls for the strengthening of provincial management and accountability structures and a clear indication of which provincial department is responsible for the provision of transport in each province. We demand that scholar transport have a clear allocation in the budget of the relevant department and that a plan is put in place to ensure delivery and implementation.

This is why EE calls for a conditional grant from national Treasury to address scholar transport. With a conditional grant, provinces will be able to provide a more reliable and consistent service with clarity on the availability of funds.

See here the history of the EE’s campaign for scholar transport: https://www.equaleducation.org.za/campaigns/scholar-transport

The latest delay in the public release of the report of the Ministerial Task Team (MTT) into the jobs-for-cash scandal unfortunately did not come as a surprise to EE. That was why we submitted a Promotion of Access to Information (PAIA) request to the DBE to obtain the MTT’s final report, and we are certainly continuing to pursue this route. We reiterate that at the heart of the matter is the provision of well-trained and suitably qualified teachers to the children of the poor and working class. The MTT as led by Professor John Volmink should steer clear of making broad allegations, but rather assist the country in resolving the challenges within post-provisioning, as outlined in the MTT’s terms of reference.

While EE is pleased with aspects of the Budget Vote tabled by Minister Motshekga, we highlight that there is still a lot of work to be done.

The DBE is looking to roll-out new curriculum programmes that may weigh on the current budget. EE wants to know if the DBE has done adequate due diligence to ensure that these new programmes do not delay the rolling-out of new schools any further. The scholar transport policy is one that needs further engagement and a clear implementation plan needs to be produced, highlighting which department is responsible for the funding and provision of the service in respective provinces. We are also determined to see jobs-for-cash report released, as has now been scheduled for 20 May.

EE acknowledge the advancements made in the past year. But we maintain that it is simply unacceptable that there are schools without basic services like water, sanitation or electricity, let alone the facilities such as libraries and science laboratories. Only when each and every learner is receiving a quality education will the DBE be meeting its Constitutional mandate to South Africa. Until that time, EE will continue the struggle for quality and equal education.