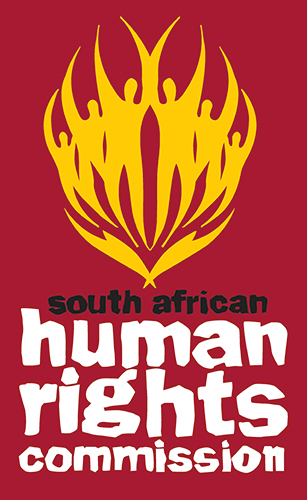 On Monday, 13 June 2016, at the request of the South African Human Rights Commission (SAHRC), Equal Education (EE) will be making submissions to the SAHRC’s national investigative hearing on the right to basic education and the right to protest.

EE has welcomed the opportunity to provide input into the investigation and has provided the SAHRC with a written submission and will also be present at the hearing today to make presentations.

EE’s submission notes recent instances in which unlawful protests have impacted on the right to education, which we condemn. We emphasise the need to consider the best interests of children when exercising the right to protest. However, our submission also grapples with the dynamics that result in such unfortunate actions.

Significantly, EE’s submission highlights the value of the right to protest as a means of raising awareness on and furthering demands for education justice. In this context, EE’s submission notes with concern the tendency toward the stifling of peaceful protest through various administrative practices, and cites some examples from our history of organising.

·         The State must respect, protect, promote and fulfill both rights, primarily by compliance with its Constitutional mandate to reverse the systemic inequality in our society, and by ensuring an end to the unlawful stifling of peaceful organising.

THE SYSTEMIC THREATS TO REALISING THE RIGHT TO BASIC EDUCATION

However, access to quality education remains a struggle for most South African children. Worse, accessing education compromises other fundamental rights of learners, including dignity and, at times, the right to life.

The most systemic and entrenched threats to the realisation of the right to basic education are the factors that contribute to incidents such as learners dying at their schools due to lack of service provision.

To that end, our members struggle tirelessly for access to all the components which we think constitute the content of the right to education, including adequate school infrastructure, access to scholar transport, dignified sanitation and access to feminine hygiene, and improved school management and teaching and learning.

The ability to picket, demonstrate and engage in a wide variety of protest actions is crucial to the work of EE and maintaining a robust space for civil society engagement with the State. Protest action has enhanced the right to basic education for many school children across South Africa.

AN UNRESPONSIVE STATE AND CONSTRAINTS ON LAWFUL PROTEST

EE believes that the primary route toward encouraging peaceful protests and protecting the right to education is government responsiveness.

Contrary to what is envisioned by the Regulation of Gatherings Act 205 of 1993 (the RGA), the right to protest seems to be under attack, discouraging people from engaging in the type of peaceful protest which is protected by the Constitution.

It has become increasingly difficult for EE to hold protests – owing primarily to the abuse of power by the responsible officers during the RGA Section 4 meetings, and unlawful conditions being imposed before issuing of “permits”. In fact, given that protest is a Constitutional right, and the RGA speaks of a notice procedure, the notion of a protest “permit” itself is a Constitutionally fraught misnomer.

EE’s submission to the SAHRC contains examples of how the administrative process of obtaining a “permit” is being used to unlawfully stifle the right to protest. The conditions attached and requirements made of EE have ranged from incorrect to plainly absurd.

If an organisation such as EE – with secure resources, a national membership, and legal support – has been battling endlessly against unlawful obstacles limiting our right to protest peacefully, what struggles must people with limited resources and access to services face?

Those who create unlawful conditions and approach RGA notices as applications for discretionary permission must be properly identified and appropriately disciplined.

Equal Education does not support the burning down of schools; we have never done so and have continuously expressed public concern over this. We recognise the hugely negative impact on children that this has. But it would be misguided to view such incidents as the primary threat to education, when so many are attending schools that are totally inadequate, and on a daily basis learners rights to equality, dignity, safety and basic education are flouted. It is such systemic issues that should be the cause for the greatest concern when the SAHRC considers the threat to the right to basic education.

EE’s recommendations to the SAHRC

EE’s submission to the SAHRC contains a detailed set of recommendations, resting on the contention that there are two primary threats to the full realisation of the right to basic education for all:

The State’s failure to adequately to respond to the demands of protestors and, in our case, the legitimate and peaceful demands of learners to realise their rights to equality and education. This failure is a failure to fulfill the obligations set out in Section 7(2) of the Constitution, and one which contributes to decisions to turn to violence and/or destruction in protest.

The manner in which the implementation of the RGA process raises unlawful conditions as a barrier to exercising the right to protest. This is not only an unconstitutional infringement on the right to assemble and demonstrate, but also discourages individuals and organisations from using peaceful protest as a tool to realise their rights and expectations.

EE looks forward to engaging the SAHRC and the broader public on these matters.

Leanne Jansen-ThomasSUBMISSION TO SAHRC: THE STATE NEEDS TO BE RESPONSIVE AND MUST REVERSE SYSTEMIC INEQUALITY. END THE UNLAWFUL STIFLING OF PEACEFUL ORGANISING!06.13.2016