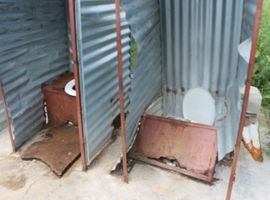 In a judgment handed down last week, Equal Education, represented by the Equal Education Law Centre, has successfully been confirmed as a friend of the court in the matter of Komape v Minister of Basic Education and Others. The judgment dismisses the State’s opposition to Equal Education’s intervention, affirming the importance of the Constitutional issues at stake in this tragic case.

In January 2014, 5-year old Michael Komape died when he fell into a dilapidated pit toilet at his school in the rural Chebeng Village, in Limpopo. Michael’s family, represented by lawyers at SECTION 27, are seeking damages from the Minister of Basic Education, the MEC for Education in Limpopo, and the school, arising from Michael’s death.

EE sought consent from the parties to join the matter, in order to show the court the history of EE’s engagements with the Department of Basic Education (DBE) about the crisis in school infrastructure and the manner in which the DBE delayed, and continues to delay, taking steps to protect learners from dangerous environments at school.

Whilst Michael’s family consented to EE’s intervention, the State opposed it on three grounds:

EE remains alarmed at the State’s submission that this matter does not raise a Constitutional issue. During argument, counsel for the State submitted that the tragedy of Michael’s death was a remote occurrence and separate from any failings which may exist in the education system. Counsel for Equal Education strongly opposed these contentions.

After hearing the matter on 8 March in the Limpopo High Court (Polokwane), Judge Mokgohloa ruled in favour of Equal Education, finding that all the State’s arguments were without substance. Significantly, the judgment affirms that the matter squarely raises Constitutional issues – including breach of public law duties and the development of the common law.

The court also directed the respondents to pay the costs of EE’s amicus application.

The trial will now proceed later this year. The death of young Michael Komape is a tragedy that could have been prevented, had there been adequate and safe school infrastructure. EE hopes that its submissions will be helpful to the court in finally determining the case.

Carla GoldsteinEE successfully admitted as amicus in Komape v Minister of Basic Education and Others06.23.2016