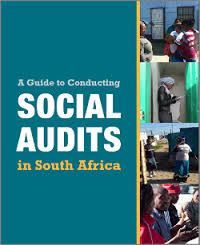 When 2,000 Equal Education (EE) learner members handed over to the Western Cape Education Department (WCED) data from their social audit on school violence in late April, they were met with nearly 70 days of silence. Meanwhile, the conditions the audit identified – that teachers in four out of five schools use corporal punishment and that learners reported incidences of sexual assault in 16% of schools – persisted.

Early this month, the learners again demanded a response to their findings. This time the WCED decided to respond not by addressing the problems identified in the data but rather by attacking the process of the social audit itself.

Western Cape Premier Helen Zille tweeted that the audit’s methodology was not “proper” or “professional.” Western Cape Education MEC Debbie Schafer complained that the results of the audit were given to her in a format that was “disorderly.”

Inaccurate as these comments may be – more on that later – they are worth reproducing here only because they raise a question at the heart of any social audit: When it comes to documenting the quality of basic services in working class communities, what – or more importantly, who – counts as proper, professional, and orderly?

Even though each person is the expert on the conditions of their own life, governments all around the world routinely perceive working class communities as the least credible source of information on the services they receive. Working class people are seen as too improper and disorderly to be able to contribute to any serious discussion about the policies affecting their lives.

One of the most important functions of social audits is to break this dynamic by forcing government into a direct discussion with communities. The audits do this by serving as a methodology for communities to document an issue they want addressed in a format that governments are more likely to find credible, like data tables, excel spreadsheet, and reports.

Social audits were developed in 1990 in Rajasthan, India as a way for lower caste, rural families to hold local leaders to account. The methodology proved so successful at improving service delivery that it is now a commonplace tool used by civil society in countries around the globe, including Kenya.

Some parts of the Indian government have even sought to institutionalize it, creating government-sponsored social audits to foster local accountability.

The Social Justice Coalition and Ndifuna Ukwazi pioneered the use of social audits in South Africa to document the inadequate provision of sanitation in Khayelitsha.

In 2014, we formed part of a group of South African activists from several different social movements and NGOs traveled to India as part of a civil society learning trip to observe social audits there. Each of the social audits we observed was built around a common process that can be simplified into three steps.

First, social auditors collected government documents detailing promised service delivery projects and then conducted physical observations and interviews regarding these initiatives. For example, what was the state of a local bursary program?

Second, auditors analyzed the data and compared it against the promised service. For example, a local student was promised money for a scholarship but the student’s family reported never receiving it.

Third, auditors called a community meeting to openly discuss their findings with local leaders. They asked the local leader what had happened to the money. A back and forth ensued – tension mounting as discrepancies were laid bare – and the leader handed over the money.

This was accountability made real.

Inspired by what we had seen in India, EE and other civil society organizations sought to adapt the social audit methodology to the South African context. In Gauteng, EE conducted a social audit of school sanitation conditions in over 200 schools. Gauteng Education MEC Panyaza Lesufi attended a public meeting to hear our findings and respond. While challenges still remain, the MEC subsequently invested in fixing toilets at some of the schools identified in the audit.

EE followed a similar process in the Western Cape, where learner, post-school youth and parent members audited 244 schools serving over 200,000 learners across the province. The members who participated in the audit were trained rigorously. Hard copy data from the audit was collated into a series of excel files that were given to the WCED in the form of a CD. After EE receives the Western Cape’s government’s response to its data, it has promised to release a report detailing the audit methodology and the process of external expert review.

One does not typically associate the words improper, unprofessional and disorderly with so thoughtful a process.

It is disappointing that Premier Zille and MEC Schafer have sought to do so.

To understand why, we should remember that the learners did not conduct the social audit for themselves. Learners already know that they go to school under the threat of bodily harm and therefore learned little new from the audit.

Rather, they conducted the audit to provide their government with the community-level data necessary to address the urgent issue of school violence. Recognizing that governments are often quick to dismiss the concerns of township youth as not credible, learners chose to follow an internationally tested methodology for collecting this data and holding their government to account. In so doing, they demonstrated themselves to be the sort of engaged citizens that every government should applaud.

Having seen governments from India to Gauteng engage openly with social audit results, learners thought their own government would respect their work and take action. So far, Premier Zille and MEC Schafer have proven them wrong. Let us hope that they soon prove them right. After all, accepting accountability is what a proper and professional leader should do.

Adam Bradlow is the former Co-Head of Equal Education Gauteng. He is now a student at Yale Law School.

Nkosikhona Swartbooi is a former coordinator for the Social Audit Network. He is now an organizer at Ndifuna Ukwazi and chairperson of the Social Justice Coalition.