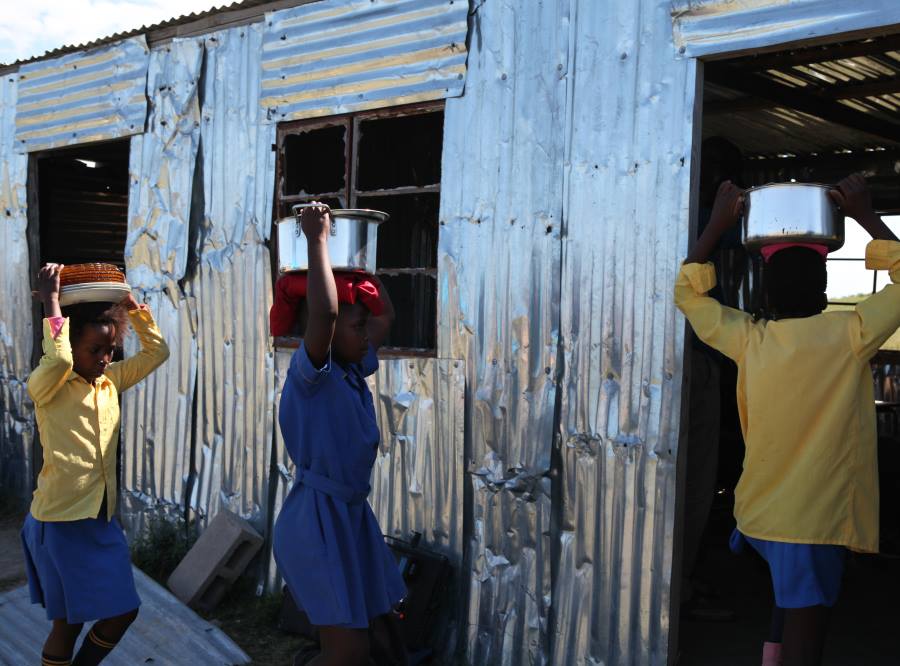 The DBE and national Treasury presented their 2015/16 fourth quarter results and 2016/17 first quarter results to the Portfolio Committee on Basic Education and the Standing Committee on Appropriations respectively on 23 August 2016. These results reveal that there has once again been severe underspending of the ASIDI grant, despite the first Norms and Standards deadline looming. By November 29 of this year[1], all schools built of inappropriate materials ought to be eradicated, and all schools ought to be supplied with water, sanitation and electricity.

ASIDI is a grant administered by national government. It was introduced in 2011/12 to target the worst-off schools across the country, easing the load of infrastructure backlogs for provinces with insufficient funding through the Education Infrastructure Grant (EIG). EE is concerned with the DBE’s slow pace in spending this grant, and the subsequent decrease in funds allocated to the grant by national Treasury.

In its presentation to Parliament, Treasury conceded that “underspending of this grant has been a problem since its inception in 2011/12”[2]. As a result, budget allocations have been decreased to align with spending. Not only did the ASIDI programme receive R413.6 million less over the Medium Term[3] as stated by then Finance Minister Nhlanhla Nene in his 2015/16 budget speech, but as reported by the Treasury, the DBE underspent on ASIDI by a further R423.4 million last year. That is therefore a collective ‘loss’ of R830 million to this grant – and an R830 million loss to eradicating dangerous, dysfunctional school infrastructure – due to poor administration and a lack of focused implementation.

Nor is the problem diminishing: Treasury also reported that in the first quarter of 2016/17, the DBE only spent R176 million against a projected amount of R929 million[4] for this grant. This means that more underspending is on the cards for 2016/17.

It is glaringly clear that the DBE will not meet the Norms and Standards deadline of November 29 this year. Underspending on infrastructure forces learners in the greatest need to continue attending schools that are sub-standard, without safe spaces for learning or access to the basic services that the Constitution of this country promises them.

During their presentation to the Portfolio Committee on Basic Education, the DBE unambiguously stated that they will not meet the first deadline. This is confirmed by the data: as of June this year, there were still 171 schools with no water, 569 schools with no electricity, and 68 schools with no sanitation whatsoever. This is unacceptable, and should not be glossed over. The DBE has been aware of this requirement since 2013, as it was set by them. It is, moreover, a binding regulation.

The table below shows what the Department has achieved under the ASIDI programme. Initially projected to only last three years, ASIDI has dragged on into its fifth year, and has still not reached its baseline targets.

The DBE has also indicated that the slow pace of delivery is due to 217 schools in the Eastern Cape (with low learner enrolment) undergoing rationalisation, as are three schools in the Western Cape. In addition, a number of projects have had implementing agents appointed, and are at various stages of procurement of contractors and construction:

Poor results of this sort are why the children of the poor and working class generally perform poorly academically – they are denied access to quality teaching and learning because of inadequate and dangerous school infrastructure. There must be a means in place to hold all those involved in infrastructure provision to account and to ensure that underperforming links in the chain, whether from the side of the DBE or implementing agents, are removed. If funds have been transferred to a party but work has not been done, those funds must be retrieved, and disciplinary measures taken where necessary.

EE members continue to fight for equitable distribution of education resources, for they remain locked out of a liberating education system due to poverty. No child must be subjected to dangerous, dysfunctional or undignified learning facilities.

[2] National Treasury presentation to the Standing Committee on Appropriations, 23 August 2016.

[4] National Treasury presentation to the Standing Committee on Appropriations, 23 August 2016.

Leanne Jansen-ThomasEE is disappointed at the underspending of ASIDI grant and condemns the acceptance of failure by DBE09.14.2016