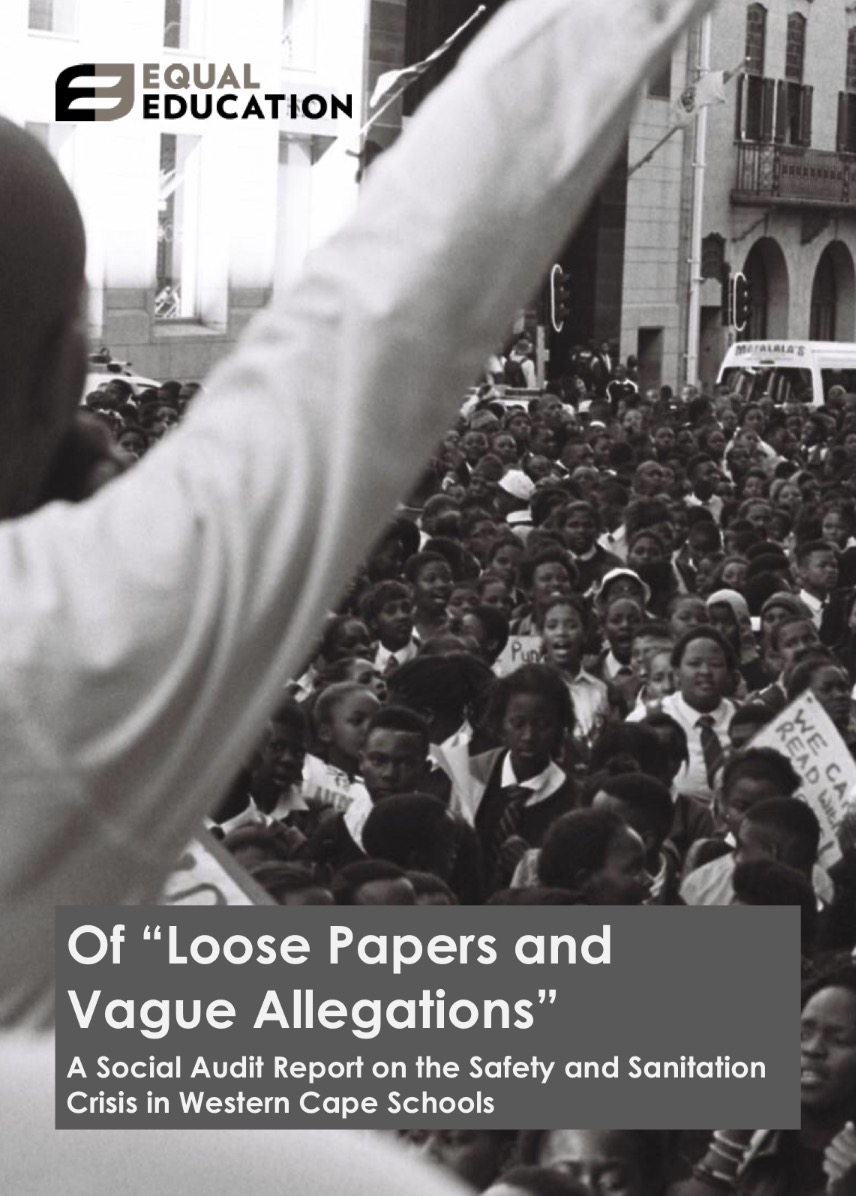 Western Cape learners make 20 demands of the Western Cape government and SAPS, including specialised, safe ways for learners to report rape and sexual assault, and patrols of routes that learners walk to school

Equal Education today officially releases the list of demands that learner members of EE have put to representatives of the Western Cape government and SAPS following the release of the full Social Audit Report yesterday (copies attached to this email).

Social Development MEC Albert Fritz was also present at the press conference, but left halfway through without any apology or explanation to the learners present. Shameful behaviour by public officials appears to be trending nationally.

Our audit involved site visits and interviews with learners and administrators at 244 schools in the Western Cape. The major focus of the audit was on safety and sanitation conditions in schools, but the findings laid out in our report reflect serious crises in other areas as well. These include disability access in schools, sanitary pad provision and systemic underfunding of schools that serve our townships and rural areas.

Equalisers met over several weeks to discuss each finding. Demands were then drafted, debated and finalised by members of our provincial Leadership Committee, which comprises elected representatives from each school in which EE  has members. These demands include:

Learners have also demanded that MEC Schafer and the provincial leadership of SAPS attend a public  hearing on 5 October to provide feedback on the list of demands. We want to see evidence of the plans we have asked for. We want to see serious commitment to solving these issues. We want to see government agencies and departments putting their party political loyalties aside and working together effectively.

Going forward, we will also be holding public hearings in the rural areas and townships most affected these issues so as to unite school communities all over the province behind these demands.

EE members are determined that politicians and officials of the elected government, whose role is to serve all the people of this country and not just those in Camp’s Bay and Newlands, will be held to account. We will keep fighting until official recognition of the issues learners are facing is accompanied by the political will to solve them.

To arrange interviews with learner members of EE contact: