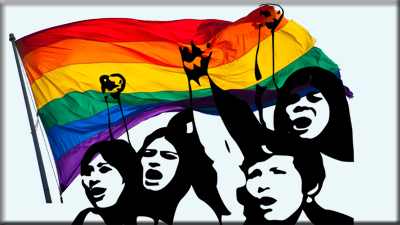 On 8 March 2017, various media sources reported on a distressing incident having taken place at Ulwazi High School in Mdantsane, Eastern Cape. The principal of the school was reported to have forced learners to publicly disclose their sexual orientation in front of their parents, guardians and other teachers by pointing out their partners. Equal Education (EE) and Equal Education Law Centre (EELC) have strongly condemned the discriminatory and unconstitutional conduct of all responsible parties.

On Friday, 10 March 2017, EE and the EELC attended a meeting of the Provincial Task Team (PTT) for lesbian, gay, bisexual, transgender and intersex (LGBTI) issues, which responds to issues of discrimination against, and violations of the rights of members of the LGBTI community in the Eastern Cape. The task team comprises officials from the Department of Social Development, the Department of Justice and Constitutional Development, members of SAPS and the National Prosecuting Authority (NPA), the Commission for Gender Equality, as well as activists from Sex Workers Education and Advocacy Taskforce (SWEAT) and the Treatment Action Campaign (TAC). Unfortunately, the Eastern Cape Department of Education (ECDoE) was not part of the PTT and was not at the meeting.

In the meeting, the task team members undertook to engage Ulwazi High School on the incident, by engaging with learners and parents, and by providing the necessary workshopping and counselling, where necessary. The EELC and EE have committed to providing support by engaging with educators at the school on the Constitutional and legislative rights of LGBTI learners. A copy of EELC’s legal review of the rights of LGBTI learners is accessible here.

On Friday, 24 March 2017, members of the PTT conducted sensitivity workshops with different stakeholders of Ulwazi High School, including the learners, educators and parents. In fulfillment of the commitment made on 10 March, EE and EELC workshopped educators on the Constitutional rights of LGBTI learners including the right to equality, dignity, privacy, bodily integrity and freedom of expression. The educators were also given practical advice and support on the best ways to handle diversity in their classrooms.

Mbekezeli Benjamin, attorney at EELC, had this to say: “Our goal was to advise the educators on the rights of LGBTI learners and we were really impressed by how receptive and engaging Ulwazi High’s staff members were. This is only the start of a long conversation to better equip teachers on issues of diversity and creating an inclusive environment for all learners. Ulwazi High School educators have a great reputation for producing excellent results in a challenging environment, so we are confident that they will make Ulwazi the inclusive, welcoming space all our schools should be”.

The Constitution of South Africa protects all people, regardless of their gender identity or sexual orientation and section 9 prohibits the unfair discrimination, directly or indirectly, against anyone on the basis of gender, sex and sexual orientation. Section 10 provides that everyone has inherent dignity and the right to have their dignity respected and protected. EE and the EELC view the incident as a serious violation of learner’s rights and will continue to engage learners, parents and stakeholders on the matter, as well as monitor interventions that the ECDoE is required to take.