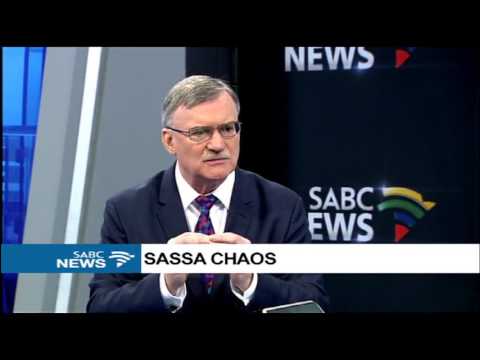 For some time, EE members have been reporting the impact grant deductions have on their families. Additionally, EE staff members hold personal retirement annuities that are managed by Allan Gray. It was within this context that EE wrote to Allan Gray requesting a meeting where they could explain the origin of their investment in Net1, their initial problematic response to the social grants crisis  and their future plans regarding Net1. EE also requested the meeting in order to make representations to Allan Gray on how this matter should be resolved.

Both prior to and during the meeting, EE explained to Allan Gray the real impact that unlawful deductions had on our members’ families – many of whom were being forced to live on diminishing grants each month. We further detailed how staff members’ pensions were being invested in a company which was then unlawfully deducting sums from the families of EE staff – a financial gap that our staff were then required to fill. We communicated our dissatisfaction with how Allan Gray had initially responded to enquiries about their investment in Net1. Finally, we requested Allan Gray disinvest from Net1.

In the meeting Allan Gray admitted to having made a mistake in investing in Net1. They further apologised for their initial response to public queries regarding their investment in Net1, which was misinformed and defensive. They additionally detailed some of the future steps they will be taking to ensure that the investment in companies like Net1 doesn’t occur again. These include hiring an Environmental, Social, and Governance Officer to research companies prior to Allan Gray deciding to invest.

They further informed EE that recent internal research conducted by Allan Gray has confirmed much of what was alleged against Net1. They reported trying to contact the CPS call centre 40 times under the pretext of querying deductions but never being able to reach someone who could assist.

While EE is encouraged by Allan Gray’s acknowledgement of past missteps, it is still deeply concerned that this matter is resolved appropriately. Allan Gray informed EE that it is currently pressuring for changes to the Net1 board; requesting independent board members be appointed to provide oversight aimed at ending their current unlawful practices. Moreover, it confirmed to EE that if internal changes were not affected, they would begin the process of disinvesting in the coming weeks.

We can support attempts at internal reform only to a point. If it is clear that suggested reforms are being disregarded or are ineffective, Allan Gray must immediately begin the process of disinvestment. We cannot accept Allan Gray remaining invested in a company profiting off the suffering of our families and communities.

We will be keeping close watch over Allan Gray ensuring their promises to EE and its members are kept.