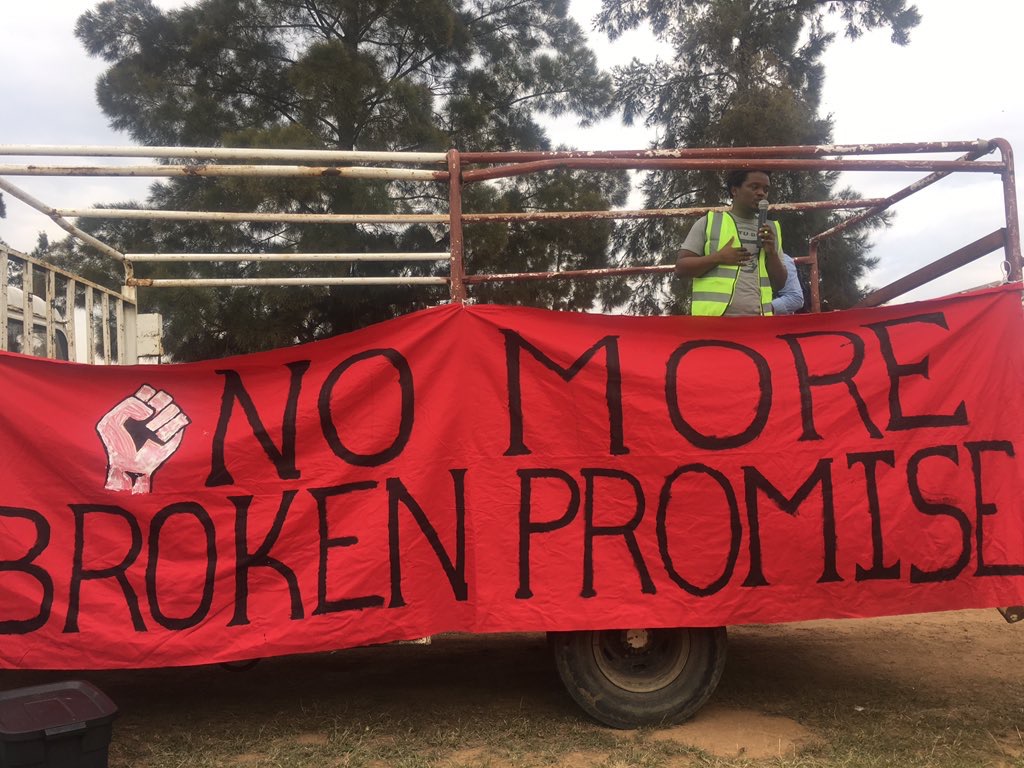 In the lead up to the 26 November deadline for the Regulations Relating to Minimum Norms and Standards for School Infrastructure, or ‘Norms and Standards,’ Equal Education visited 60 schools in seven districts in the Eastern Cape. We investigated the government’s compliance with their legally binding mandate to fix all public schools.

The Norms and Standards state that by 29 November 2016 all schools must be provided with running water, electricity, adequate sanitation and be made of appropriate structures (not mud, wood, zinc, or asbestos). On our visits, we conducted surveys, took photographs, and listened to principals, teachers, and learners of schools in crisis conditions. It is clear that some of the schools we visited have been forgotten by the ECDOE. Even though they have serious infrastructure needs, they were not on either provincial or national project lists for upgrades.

Of the 60 schools we visited, 17 were outright violations of the Norms and Standards law. 13 schools were either entirely or substantially inappropriate, meaning they were inappropriate except for one brick toilet block or administration building. Five schools were found to have no working toilets, four schools had no electricity whatsoever, and 42 schools had access to water through rainwater harvesting alone.

Weeks before 29 November, Minister of Basic Education Angie Motshekga stated, “progress has been made due, in part, to the immense political will and the efforts of those officials who have been working tirelessly to address the [school infrastructure] backlogs.”

We march today because this is not true. Our report has the facts!

‪Equal Education launched the final Planning to Fail report on Tuesday 25 April at the Steve Biko Centre in Ginsberg.‬ ‪We discussed how the crisis of school infrastructure is li‬nked to the absence of a capable state. Political contestation and organisational inefficiency within the ECDoE have marred the department since its inception in 1994, when various Apartheid-era structures were incompletely transformed into a government of the new democracy. 23 years later, our unequal education system reflects the vision of the architects of Apartheid to create two separate education systems along class and racial lines.

The Planning to Fail launch was attended by journalists from media houses across the country. Many ECDoE officials, including MEC Mandla Makupula and HOD Themba Kojana were invited to the event, as well as representatives from the Provincial Legislature. Not one representative from either government body showed up.

The state must account for the systemic problems that prevent the delivery of school infrastructure. School infrastructure needs more money, more skilled staff, and better accountability for Implementing Agents and building contractors.

While our schools have been failed, they have not been forgotten.

It is unacceptable for teaching and learning to go on in life threatening conditions, where walls and roofs can collapse at any minute. At a time of nation-wide mass mobilisation, we in the Eastern Cape demand excellence from our represented leaders. Planning to Fail gives name and face to schools which deserve to be at the forefront of national attention, especially on Freedom Day as we commemorate South Africa’s transition to democracy.

Learners in poor and rural areas of the Eastern Cape are not enjoying the freedom long fought for by our struggle heroes. As long as these undignified and illegal school conditions persist, we will never grow tired or complacent to their cries.

We demand that the MEC makes public the plan to upgrade schools which are completely made of inappropriate structures, such as Soga SPS, Nzanzama JSS, Mbabazo SPS, and Mount Ayliff Hospital JSS.

We demand that unfinished schools on upgrading lists such as Siseko JSS in Butterworth, and Chief Henry JSS in Libode, must be told in writing when the building of the school is going to be complete and why progress has been delayed.

We demand the ECDoE fix schools in which falling infrastructure poses an immediate threat to learners lives, such as at Mjanyelwa JSS, Mjaliswa JSS, Tolikana Primary and Mount Ayliff Hospital JSS.

We demand the ECDoE provide adequate water and temporary sanitation solutions to schools where learners are relieving themselves outside, in open spaces, and in bushes, violating their right to privacy and dignity, such as at Lutholi JSS and Lugxogxo JSS.

We demand the ECDoE provide electricity to schools such as Laphumikwezi SPS, Ngubesizwe SSS, Noqhekwana JSS, and Lower Ntlaza JP S, which have no access to electricity.

We demand MEC Mandla Makupula and HOD Themba Kojana meet with Equal Education about these 60 schools to cross-reference the state of the schools with the internal department database, ensuring that the ECDoE has the most up to date information and a plan for the way forward.