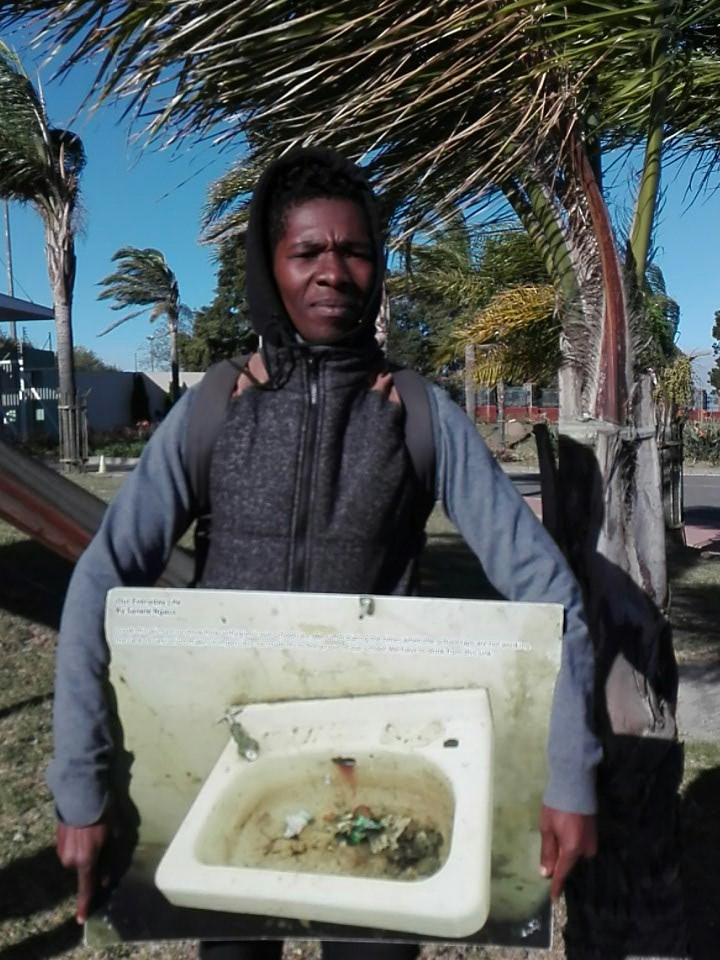 8 June 2017
EQUAL EDUCATION MEDIA STATEMENT: EE EASTERN CAPE PICKET OUTSIDE LEGISLATURE CALLING ON MPLS TO STRENGTHEN THEIR OVERSIGHT OF THE ECDOE AND HELP #FIXOURSCHOOLS
In June 2017, staff and volunteers from Equal Education in the Eastern Cape will be holding a number of pickets outside the Eastern CapeLegislature in Bhisho.
Today (Thursday 8 June) at 9:30am we held the first of these pickets.
The pickets, which will include a photo exhibition from the Nyamazela Eastern Cape Learner Photo Exhibition, will make the request of the EC Legislature Education Portfolio Committee to allow us to present the findings of our Planning to Fail Report on the state of Eastern Capeschools, and will call for MPLs to exercise their oversight role in the province to monitor the delivery school infrastructure.
THE NYAMAZELA LEARNER PHOTO EXHIBITION
Last year, in preparation for the 29 November 2016 deadline for the Minimum Norms and Standards for School Infrastructure, at which date all public schools must have had access to water, electricity, sanitation, and be made of appropriate materials (not mud, wood, asbestos, or zinc), a group of Equalisers from Equal Education prepared this exhibit. Equalisers captured images that inspire them to fight for change and depict challenges, almost of all of which are infrastructure related, in their schools. The storytellers illuminate the lived experiences of learners and teachers in the Eastern Cape who strive for academic success in environments that reflect historically entrenched inequalities.
THE PLANNING TO FAIL REPORT
Last November, Equal Education visited 60 schools in 7 school districts to investigate governments’ compliance with the Norms and Standards. The research report which emanates from those visits, on school infrastructure, Planning to Fail, outlines our shocking findings and the systemic issues in Eastern Cape Education. Out of the 60 schools, 17 were violations of the three-year deadline of the Norms and Standards. The other 43 also had infrastructure needs which deserve the attention of the State. Forty two of the schools had access to water through rainwater harvesting alone. Four schools had no electricity whatsoever. Five schools had no working toilets. At one school, one working toilet was shared by 294 people. The report addresses what EE believes to be a number of systematic failures within the EC Education Department.
In May this year we were given the opportunity to present the findings of the report to the HOD of the Eastern Cape Department of Educationas well as members of the Infrastructure Directorate. The HOD Themba Kojana had made various promises in respect to these findings, and committed to working with EE in order to strengthen accountability.
CONCLUSION
Accountability and oversight of the ECDoE ultimately rests with the legislature. It is therefore imperative that members of the legislature are aware of state of schools in the province and the systematic failures of the executive. Without any success, we have over the last month made numerous attempts to contact the Education Portfolio Committee to arrange an opportunity to present our findings to them. If we are unable to highlight the plight of learners from within the legislature, we are forced to do it from the outside.
FOR MEDIA COMMENT:
Luzuko Sidimba (Head of EE EC) 0719240956
Masixole Booi (Deputy Head of EE EC) 0633427497
Amanda Rinquest (Deputy Head of EE EC) 0835045000
Leanne Jansen-ThomasMEDIA STATEMENT: EE EASTERN PICKET, CALL ON MPLS TO STRENGTHEN OVERSIGHT OF ECDOE06.08.2017