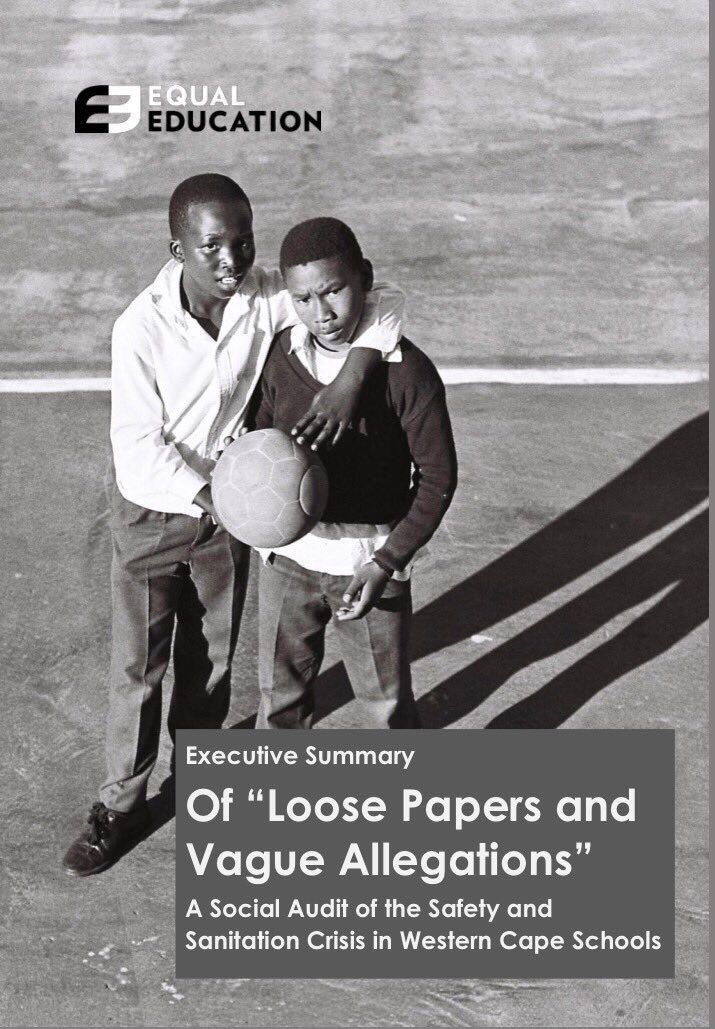 Chairperson Basil Kivedo and several other members of the Committee expressed concern, rightly in our view, that the Western Cape Education MEC has refused to engage Equal Education members and the findings and methodology of our audit adequately and in good faith.

We particularly appreciated the sentiment expressed by Chairperson Kivedo and quoted today in Die Burger newspaper when, affirming the findings of our audit, he said: “The facts are before us.” On Tuesday Mr Kivedo described the meeting with Equal Education as “groundbreaking”, and an important initiative by community members and civil society which the Committee has pledged to follow up on.

We are thus surprised and concerned at the change in Mr Kivedo’s tone in his statement to the media today, in which he described our findings as “generalisation[s] and in fact not true in the Western Cape”. As we stated in the Committee meeting yesterday, we are confident that an audit of 244 schools from all over the province is a powerful sample from which to draw conclusions about the effectiveness of policies and funding models designed to ensure that learners in the Western Cape have access to safe and properly resourced schools. This was certainly the view of the six expert academics who reviewed our audit report and methodology prior to its release.

In our next meeting with the Committee, we will ask the Chairperson to clarify the serious contradictions between his statement today and his statements yesterday during the Committee meeting, which should be a matter of public record. It would be a serious disappointment to us, and of major concern to all in the province if MPLs are in the habit of saying one thing in their capacity as Committee members and another to the media in their capacity as party political spokespeople.

The aim of our social audit is to reflect the lived experienced of our members and that of many other young South Africans who continuously have to deal with the trauma of learning in under-equipped and under-resourced schools that cannot guarantee them a safe and healthy learning environment. Our interest remains the safety and wellbeing of all learners in South Africa and in radically transforming the South African education system.

We look forward to continuing our engagements with the Committee and the WCED. We wait for the Committee to confirm details for the follow-up meeting discussed yesterday. We hope that the Committee’s promise to intervene will materialise despite the fact that the Education MEC Debbie Schafer is a leader in the Democratic Alliance.

Our hope is that more sincere and committed engagement from MEC Schafer, even if it has to come through an intervention from the legislative branch, will ultimately result in the promulgation of new and progressive policies and funding schemes that can bring safe teaching and learning to schools across the Western Cape.

Link to the full report, executive summary, and full list of demands: https://equaleducation.org.za/wc-safety-sanitation/