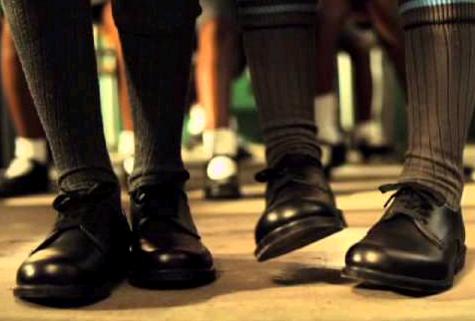 *Published by The Daily Dispatch

In September last year, Vuyani Sipambo, principal at Nkupulweni Junior Secondary in Matatiele, received a letter informing him his school was to be “rationalised”, and that learners and teachers would be relocated to a new school 25km away.

Nkupulweni is one of 1902 schools that the Eastern Cape Department of Education (ECDOE) is in the process of closing or merge (rationalise) between now and 2019.

Rationalisation is a part of what the department has dubbed as its “transformation plan,” which aims to improve the education system in the province over the next three years.

According to the latest national Department of Education data, Nkupulweni Junior Secondary has 169 learners. The National Education Policy Act Guidelines stipulate a minimum school size of 135 learners at primary level, and 200 learners at secondary school level. If a school has fewer learners than the set minimums, the provincial department may begin to make the case for closing down the school.

Still, the Education Policy Act Guidelines are not legally binding, meaning that even though the provincial MEC has the power to close schools, the department anticipates instances where it will be necessary to keep a small school open.

In fact, the Government Technical Advisory Centre (GTAC) expects most small schools on the list to be running for years to come, regardless.

GTAC is a consultancy firm within national Treasury which has been awarded the tender to lead the rationalisation process. At the end of last August GTAC sent letters to the school governing bodies (SGBs) of the 1902 schools identified for merger or closure in this province.

We learned that the rationalisation plan has shifted from a three years (the duration of GTAC’s tender) to a ten-year timeframe. Even though every school has received a letter of closure (including recently built Asidi schools and schools on the provincial infrastructure upgrade project list), hearings for 137 schools to be closed in 2017 are only beginning.

Mfenyana pointed out: “If it was up to us as the implementing agent (GTAC), we would not have written letters of closure to any school. We would have waited, planned first, gone to the affected schools, and then held public hearings. That’s the proposal we gave [to the ECDoE].”

According to Section 33 of the SA Schools Act, which outlines the legal steps the MEC must take in order to close a school, each SGB has 30 days from when they receive their letters to contest the closure. Then, public hearings will occur where the SGB can make representations as to why the school ought to stay open.

If a school fails to respond in 30 days, it is assumed the school agrees with the decision. Principals visited by Equal Education in November have received their letters of closure, yet had no clarity on process in terms of when their public hearings would be held.

As Mfenyana points out, the hearings might not be held for years to come.

The Eastern Cape is predominantly rural and includes two former homelands, Transkei and Ciskei. As a result, the consolidated province inherited many small and farm schools, frequently with very poor school infrastructure.

Because of low enrolments, classes in small schools are often made up of multiple grades sharing the same space and teacher. This is not ideal for learning outcomes.

Rationalisation would decrease the high number of small and unviable schools and consolidate learners into larger schools. The department will save money through achieving greater economies of scale. It could then better support and monitor a smaller number of schools, which in theory would be better resourced.

In small schools, subject choices are limited, and multiple grades are taught in a single classroom.

One area where substantial gains stand to be made is teacher supply. Because of low enrolments, teachers at small schools often teach smaller classes than is the norm elsewhere. These low learner:educator ratios coexist with overcrowding and teacher shortages in other schools. If implemented alongside effective teacher post provisioning, rationalisation will ensure a more efficient distribution of teachers.

It will also decrease how much of the provincial education budget is spent on teachers, which is currently 92%. This massive expense leaves little room to meet other priorities, like maintenance and provision of new infrastructure, scholar transport and so on.

“The goal of rationalisation is not to close schools, it is to provide better service delivery on a localised level,” said Jonathan Godden, head consultant of GTAC in a meeting with EE last year.

“Our school is the only centre for development in our area that can change the current situation of extreme illiteracy. The only weapon against this is our institution – instead of closing it down, we need to enhance it,” Nkupulweni Junior Secondary principal Mr Sipambo argues.

Receiving schools are further away from learners. A major challenge to the rationalisation plan will be to provide transport for learners whose new schools require that they travel longer distances.

“The nearby school is far away and children will have to wake up at 4am to go to school – by the time they get there, they will be tired,” Sipambo continues.

No new money will be made available for scholar transport.

In a meeting with GTAC, EE learned that the increased demand for scholar transport is to be financed out of savings made from rationalisation: the financial efficiencies associated with maintaining fewer schools mentioned earlier. This begs the question of what will happen before the fruit of those efficiencies materialise.

The budget for scholar transport in the province is already insufficient.

Moreover, the need for additional scholar transport is calculated by measuring the distance between the closing and receiving school. Yet Equal Education highlights that scholar transport needs to be calculated from where learners begin walking from home. Phaphama, at the rationalisation seminar, admitted this issue is being thrashed out between the Department of Transport and GTAC.

In the meantime, principals and community members at 1902 schools are in the dark.

Apart from creating a sound scholar transport plan there must also be a plan to improve the provision of hostel accommodation for learners who will have to travel extremely long distances from home to school and an assessment of the capacity of receiving schools and provision of additional classrooms where necessary.

As of now, no such plans exist.

The rationalisation programme is a reason why basic school infrastructure is not being provided to schools which violate the November 29 2016 Norms and Standard Regulations deadline – the date on which every primary and secondary school should have running water, electricity and be built of appropriate materials (not mud, wood, asbestos, or zinc).

“Some of the worst potential outcomes are that schools are closed without adequate opportunity to make representations, that they are closed without communities properly understanding why this process is happening, and learners are stranded without ways to access schools,” said Daniel Linde, deputy head of public interest law firm, Equal Education Law Centre. “Some letters we have seen already suggest that adequate reasons haven’t been provided for why schools are closing down, which means you can’t make meaningful representations,” he said.

While rationalisation is necessary, a shadow falls between the idea and the reality. It is the shadow of mistrust built up over years of poor service delivery, teacher shortages and the worst infrastructure backlogs in the country.

The success of school rationalisation therefore hinges on the ECDoE rising above its reputation for false promises and engaging genuinely with learners, teachers, and principals alike.

“We wrote a letter contesting the decision for us to be closed, and we have not been served a response to it. The consultation process has not taken place, and we do not know if there will be a public hearing even though they promised there would be one,” principal Sipambo said. “We are still waiting.”