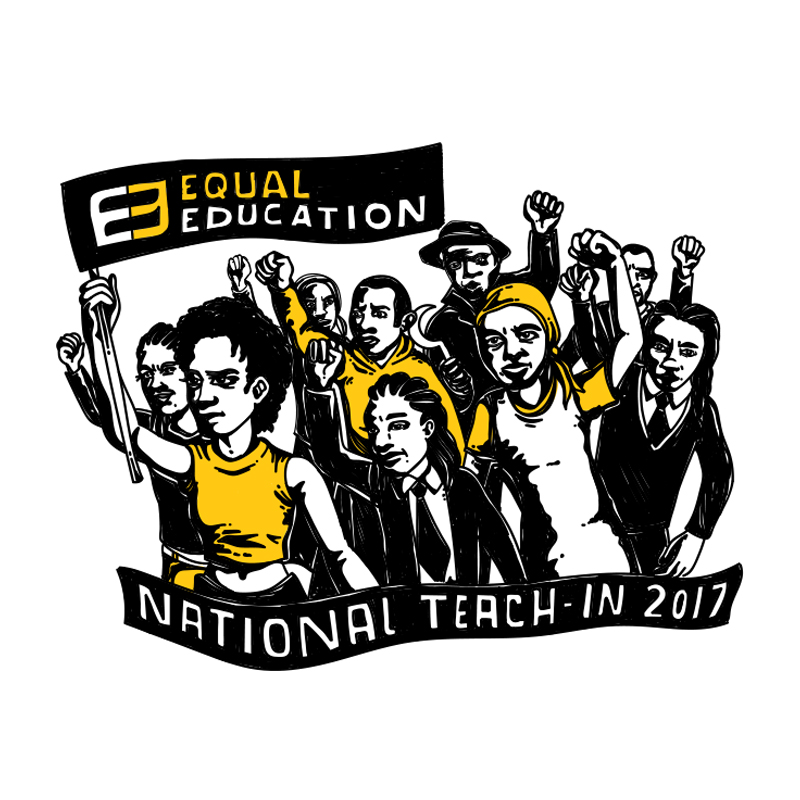 This month, Equal Education (EE) will be holding national teach-ins (political schools) for EE members from the Eastern Cape, the Western Cape, Gauteng, KwaZulu-Natal and Limpopo. The theme of this year’s teach-ins is “Workers’ and Students Unite! From the Class Struggle to the Classroom”.

The national teach-ins, similar to any educational seminar on an issue of political affairs, will focus on how and why South Africa’s economy developed in the way it did during colonialism, apartheid and into democracy.  A teach-in is not just a series of lectures by experts on different topics. Instead, it focuses on a specific political education topic and aims to equip members of EE with the tools to understand how to fight against the injustices that confront society. Teach-ins end in a practical call to action as mandated by a resolution of EE’s second National Congress.

Plenary sessions are open to the media.

The content of the teach-ins will allow EE members to learn from the labour movement in South Africa, along the trajectory of the political economy, towards building our own movements. This year’s teach-in will take Equalisers through a process of understanding the labour movement in South Africa – with a particular focus on organising tactics and strategies and the building of alliances. We will unpack, among others, the Coronation Brick and Tile factory strikes in Durban in the early 70s; the township uprisings and stayaways in 1984; the compromises and alliances leading into a democracy; the history of COSATU; the lead up to the Marikana massacre and the #OutSourcingMustFall movement at universities in 2015 and 2016, and the formation of the SA Federation of Trade Unions (SAFTU) in 2017.

The teach-ins will provide members with an understanding of trade unions in South Africa, the role they played in advancing working class struggles, and their lessons for building a movement today. It will help members to understand and critique neoliberalism, and the difficulties faced by poor and working class people attempting to organise in the current crisis.

EE sees the political education of its members as a vital form of building the movement.

This month’s series of teach-ins begins tomorrow in the Eastern Cape, in Dimbaza. The Eastern Cape teach-in concludes on Friday. EE General Secretary Tshepo Motsepe will be delivering the opening address, speaking on building a youth movement to advance equality and a better life for the oppressed. The Eastern Cape plenary sessions will be addressed by Dumisani Zono, Ayanda Kota, Thandile Kona, Luvuyo Pokomela and Kuhle Siguba.