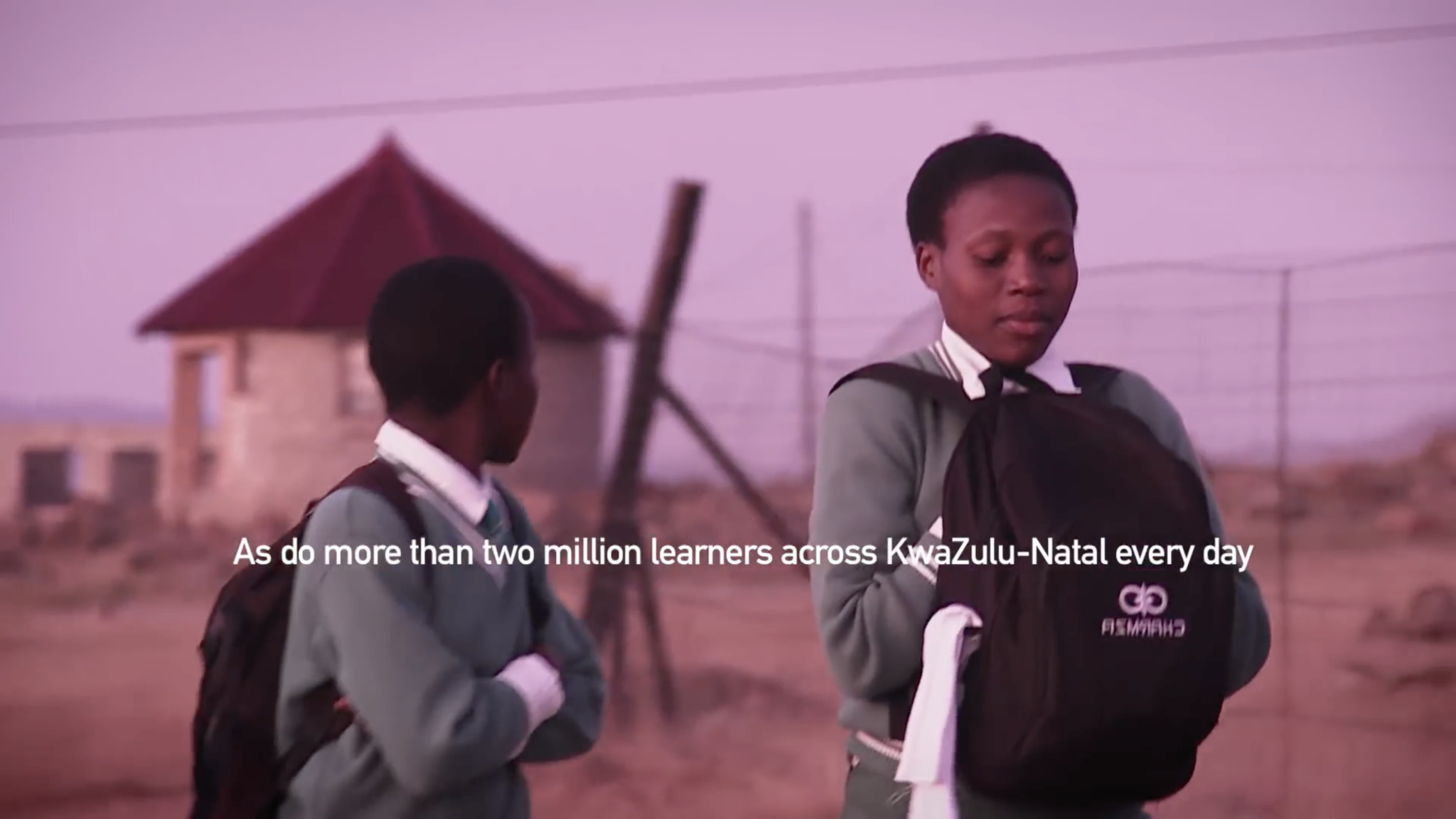 Yesterday Equal Education (EE) attempted to hold a picket and a screening of our new film Long Walk to School outside the KwaZulu-Natal (KZN) Education Department offices in Pietermaritzburg. Our demand of the Department is the provision of government-subsidised buses for 12 schools in Nquthu in Northern KZN. EE followed all the legal steps required for the picket and the screening to proceed. We gave notice of the gathering as contemplated in the Gatherings Act, and attended a meeting with the local authorities to ensure that our action would proceed smoothly. The minutes of that meeting, in our possession, are evidence of this.

Yesterday on arrival outside the offices of the Department, EE was met by a Mr Ngubane (who stated that he is the Department’s Head of Security) and a Mr Shangase, who informed EE members that the picket and screening could not continue. All of this was in spite of EE having complied with all legal requirements and despite EE leadership presenting the two men with written notice of the Gatherings Act meeting.

Ignoring our objections, the men ordered SAPS to disperse us – Mr Shangase stating that if we felt our rights were infringed upon we could challenge them in court! When we asked to include our attorneys, the Equal Education Law Centre, in the discussion via telephone, Mr Ngubane refused. Mr Ngubane went so far as to instruct the SAPS officers present to ready themselves to use teargas to disperse learners peacefully watching the film.

It is also important to note that the SAPS officers present yesterday failed in their responsibility to uphold EE members’ right to protest. The Warrant Officer present initially reviewed our documentation and did not indicate any limitations to us proceeding. Despite this, he still allowed Mr Ngubane and Mr Shangase to prevent the picket from taking place, even though all required processes had been adhered to and, in fact, acted aggressively towards EE learner members and organisers.

Disturbingly, it is EE’s understanding that KZN Education MEC Mthandeni Dlungwane was in the building at this time, and it is our understanding that he was responsible for ordering that his security team disperse EE members. It is deeply troubling to witness public officials readily willing to turn to disproportionate and unlawful force against peaceful protesters. This is anti-democratic and unconstitutional behaviour that must be condemned.

A PATTERN OF DISRESPECT FOR THE RIGHT TO PROTEST

Astonishingly, Mr Ngubane stated that we should have received written permission from the Department to hold the picket and film screening. This “requirement” has no basis in law. And yet EE members in KZN (and in the Eastern Cape) are repeatedly requested to comply with it. Protest in South Africa is a constitutionally protected right. To have to require permission from the authorities we seek to protest against would be an absurd encroachment on that right, allowing any recalcitrant politician an easy route to ensuring that he or she must never account to a protest – by simply refusing to acknowledge it. We urge the authorities to familiarise themselves with the law.

MEC, WE WILL NOT BE DETERRED!

EE members had a constitutional and statutory right to protest peacefully yesterday. The use of unlawful and intimidatory tactics by the KZN Education MEC and his officials to shut the protest down is a shameful act of political cowardice. As learners, EE members are the constituency that he is mandated to serve.We had intended to screen the #LongWalkToSchool film, which traces our campaign for access to scholar transport, on the outside wall of the Department offices. We noted that immediately after the film was switched off, the police left EE members alone, despite us remaining outside the building in protest and in song.

We can only conclude that MEC Dlungwane’s actions were to prevent embarrassment, as he continues to allow KZN learners to walk unsafe distances to school. The MEC would rather resort to unlawful tactics then address the chronic shortage of scholar transport. It is for these reasons that EE is challenging the KZN Education Department’s failure (refusal) to provide scholar transport in court (details of EE’s demands of the Department and of the Pietermaritzburg High Court are found here).

EE members will not be deterred.

Today at 4pm, we will screen the #LongWalkToSchool film outside City Hall in Durban (details here).