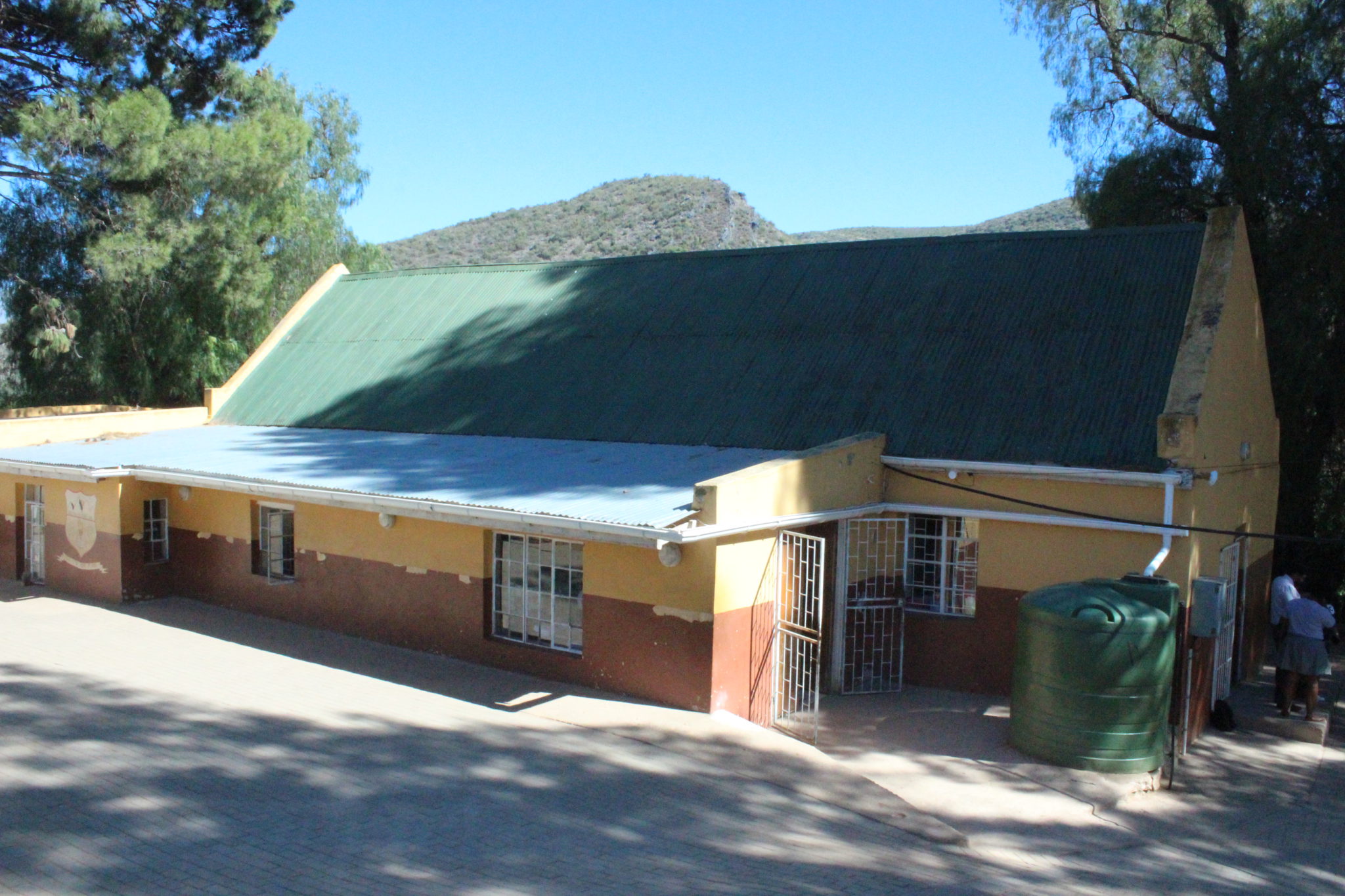 While Judge Elizabeth Baartman did not yet rule on the application to evict the school, or yet address the question of expropriating the land that Grootkraal Primary stands on, she was (rightly) scathing of the manner in which the Western Cape Education Department (WCED) has responded to the plight of the school and of rural learners.

For nearly 90 years, Grootkraal Primary has stood at the centre of a close-knit rural community. Since 2011, the threat of eviction has loomed. The “landowners”,  the Kobut Besigheid Trust, want to build a game farm on the land that the school is situated on.  The Western Cape Education Department (WCED) proposes moving the learners of Grootkraal Primary to Voorbedag Primary, 17km away – to do so denies the learners the Constitutional right to access basic education, and further condemns farmworkers’ children to poverty.

The attitude of the Western Cape Education Department:

This morning’s partial judgment notes that the WCED’s suggestion that the Grootkraal learners be accommodated in mobile classrooms at Voorbedag Primary, demonstrates a “misunderstanding of the real need for a permanent solution conducive to learning” and a lack of planning that is “cause for concern”.

Judge Baartman notes that “sadly”, the WCED states that it is “not responsible for roads” despite learners being forced to wake up at 5am and to navigate dangerous farm roads to reach transport pick up points. The judgment says of this: “That attitude misses the point. The Department must not add to the already perilous circumstances that most of the learners have to negotiate to get a basic education”.

This morning’s judgment points out that both former Western Cape Education MEC Donald Grant and current Western Cape Education MEC Debbie Schafer have to date engaged with the Grootkraal Primary matter in “a haphazard manner”. Judge Baartman states: “I am not prepared to consider evicting the Grootkraal learners in the hope that the MEC will comply with his/her Constitutional obligation to ensure that their right to a basic education is not compromised. Thus far, it has been”.

Equal Education joined the Grootkraal Primary court case as a friend of the court with the argument that the WCED should at the very least consider expropriation of the land. In the South African Schools Act (SASA), Section 58 makes provision for expropriation of land:

“The Member of the Executive Council may, if it is in the public interest to do so, expropriate land or a real right in or over land for any purpose relating to school education in a province”

Although emphasised by EE as a viable option, Judge Baartman has not dealt with expropriation in her judgment delivered yesterday. It is our hope that she will do so when her final judgment is handed down on 19 October.

In 2011, in a separate court case, Grootkraal Primary obtained a temporary order stopping the WCED from “relocating” the school. The order required the WCED and the “landowners” to engage to attempt to resolve the dispute. Judge Baartman notes in her judgment delivered yesterday that it is “extraordinary” that that there was non-compliance with this previous court order.

Today’s judgment requires that the two parties meet the obligations as stipulated in the 2011 order. The Trust and WCED have been directed to file affidavits detailing the extent to which those obligations have been met by 2 October 2017.

The eviction application brought by the Kobut Besigheid Trust has been postponed to 19 October.