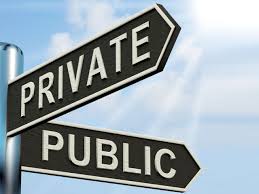 Equal Education (EE) joins international civil society in condemning the increased expansion of the Liberian government’s plans to double the amount of public schools run by private actors in the country. This move forms part of the administration’s controversial plan to outsource all primary and pre-primary education in the country. The growing power of unaccountable private actors in the public education sector is also a concern back in South Africa, most notibly with the Western Cape Education Departments’ Collaboration Schools Project. Education is a public good that should be accessible to all regardless of income and should be accountable to the public.

In an unprecedented move, the Liberian government in 2016 announced that it would hand over public schools to Bridge International Academies (BIA). Following considerable opposition to this move, the government decided to implement a pilot programme, Partnership Schools for Liberia (PSL). Initially 93 schools were handed over to eight private actors, but the amount of schools is set to double to 202 in September.

EE has consistently advocated against the growth of private, and especially for-profit, actors in the public education sector in South Africa. The introduction of private interests in the public education sector can increase stratification between schools and leave poor children behind in underperforming public schools. Schools that operate for profit are also less likely to serve communities that are not commercially appealing.

As such various international civil society organisations have raised the alarm around the Liberian government’s privatisation plans. Education International Research (EI) released a report this month, highlighting issues with the PSL project. This project will in all likelyhood be used to justify continued private involvement in Liberian education. EI found a lack of transparency in the development of the PSL project and highlights that most service providers have no experience in operating schools in Liberia.

EE is also concerned about the growing influence of Bridge International Academies, a US-based for-profit education company that has had a poor track record in the Global South. This month 174 civil society organisations from around the world released a statement calling on investors to cease support for BIA.

The statement highlights research which shows that BIA schools are inaccessible to poor learners and that poor labour conditions exist in BIA schools. It further highlights experiences with BIA in Kenya and Uganda, where the company was repeatedly found to have disrespected the law and to have provided an unacceptably low quality of education. In fact, in Uganda the government decided to close all BIA schools because learners were learning unsanitary conditions, schools were using unqualified teachers and were not properly licensed.

Here in South Africa a group of donors, including the DG Murray Trust, Michael and Susan Dell Foundation, Zenex Foundation, Millennium Trust, First Rand Empowerment, ELMA Philanthropies, Omidyar Network and ARK have fallen in line with international privatisation trends and backed the WCED’s plans to introduce Collaboration Schools. Modelled on Academies in the UK and Charter schools in the US, this school model involves the private takeover of previously democratically elected school governing bodies. The empowering legislation currently being considered by the Western Cape legislature does not exclude for-private actors from getting involved in the project and introduces no measures to prevent the undue influence of ideological convictions in these schools.

The incredibly vague and constitutionally suspect legislation along with the absence of proper guidelines around exit strategies when school operators cancel their contracts, leave schools vulnerable to exploitation and possibly opens doors for greater private control over public schools.

EE remains steadfast in its opposition to the privatisation of what should always be a public good. While our focus is primarily in South Africa itself, we will continue to support efforts across the globe to combat the marginalisation and exploitation of poor learners and parents through private education companies.