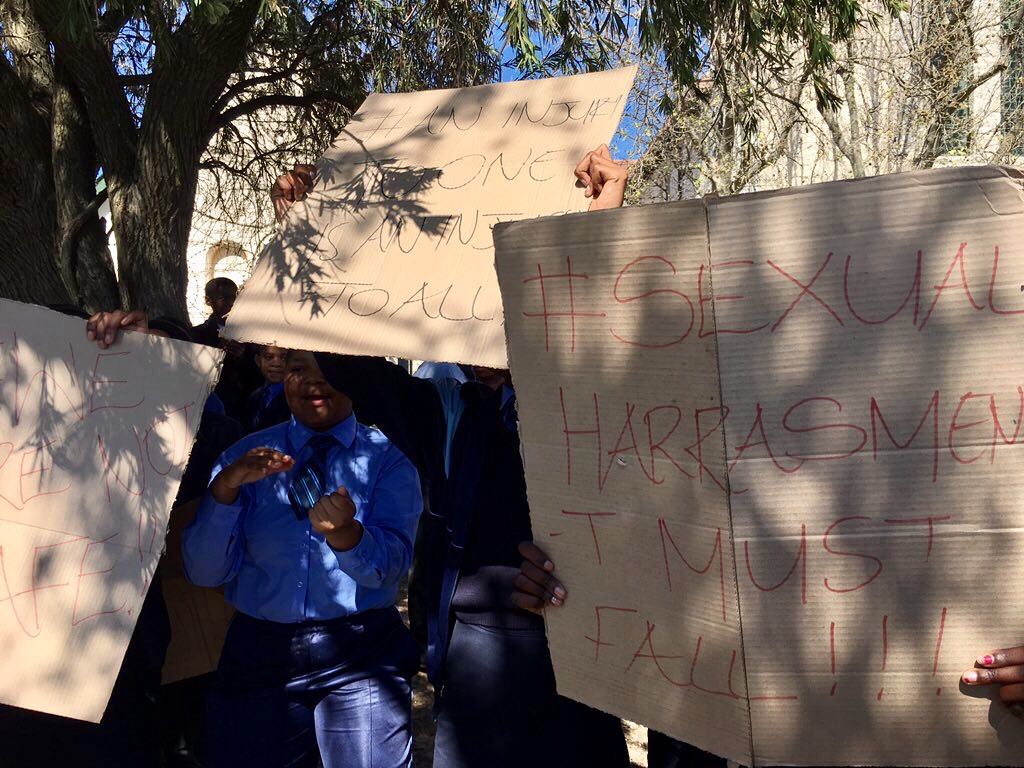 This statement is issued by the learners of Thandokhulu High School, in Mowbray, Western Cape. It is being distributed by Equal Education on their behalf.

A school is meant to be a place of safety for learners. The reported incidents of sexual harassment and corporal punishment by a teacher at Thandokhulu High School has left us feeling unsafe at school. The consequences of these incidents extends to the classroom; it hinders learners’ abilities to concentrate in class and at times learners feel victimised by teachers and peers.

On 28 August, the teacher concerned hit a learner with a belt for not understanding her homework, instead of assisting the learner. This is only one of the many incidents. Last year, two learners reported being sexually harassed by the same teacher, both at school functions. This had a humiliating outcome for one of the learners when rumours started that she is in a relationship with the teacher.

Many other victims of the teacher’s abuse are silent because they are afraid of the reaction from the teachers at the school.

Corporal punishment in schools was formally prohibited in 1997. Principals and teachers are the main individuals to whom learners are meant to report violent events. The reporting systems and structures that the WCED has in place are severely undermined by a situation in which learners in such a high proportion of schools can expect to be beaten by the same individuals entrusted with their safety.

It has become clear to some of the learners that there are no consequences to abusive behaviour, and learners have begun to re-enact acts of violence.

They have been other reports from learners that the teacher has been under the influence of alcohol during school hours.

As learners, we want to put a spotlight on these issues so that we alert all learners in South Africa that this is not acceptable. We want to ensure that learners know their rights with regards to sexual harassment and corporal punishment. Teachers need to be professional because learners look to them for guidance.

We, as learners of Thandokhulu High School, demand the following:

2.    The Deputy Principal be suspended for protecting the teacher.

3.    The representatives from the Western Cape Education Department explain why the charges were dropped.