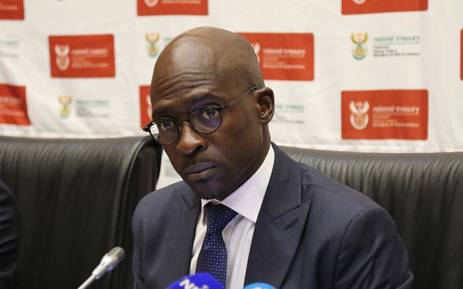 On Wednesday 25 October, Finance Minister Malusi Gigaba will present the Medium Term Budget Policy Statement (MTBPS) to the nation. It will be the first major policy statement to South Africans since Gigaba’s shock appointment following an after-hours Cabinet reshuffle by President Jacob Zuma. The backdrop to the Minister’s maiden MTBPS is that serious questions remain about his relation to State Capture and the acute instability within State-Owned Enterprises (SOEs). If the Minister is serious about protecting social services, he will use the opportunity to address the issue of State Capture explicitly and only stay on as Minister of Finance if he can convincingly show that he is not compromised.

Equal Education (EE) expects MTBPS 2017 to be the most pessimistic since that of 1996. Not only is the Receiver of Revenue suspected to have under-collected by billions of rands, but SOEs continue to exert immense and unnecessary pressure on the national fiscus. Furthermore, the South African Revenue Services (SARS) under Tom Moyane as Commissioner, and the Public Investment Corporation (PIC), are in danger of destruction and looting, respectively. It has become impossible to separate the political project of State Capture from the economic standing of the country, with Gigaba being implicated as a key roleplayer.[1]

As a country we currently face an ever-widening budget deficit, major policy insecurity and a debt-to-GDP ratio that has grown exponentially over the last ten years. We thus cannot afford for the MTBPS to be followed by further credit downgrades from rating agencies. With the unemployment rate at its highest in 13 years[2], and a gini coefficient of 0.69[3], South Africa is among the most unequal countries in the world. Another credit downgrade and the continued pillaging of the public purse make it increasingly difficult to avoid an economic tailspin that will disproportionately disadvantage the poor.

Together, all of these challenges mean less funding is available to provide social services such as education.

The importance of the MTBPS as precursor to the National Budget Statement cannot be overstated. It provides the public with information on government’s policy objectives and spending priorities, and the proposed division of revenue for the three-year expenditure period referred to as the Medium Term Expenditure Framework (MTEF). The MTBPS  is an essential part of an open and accountable budgeting process. After the MTBPS is tabled, appropriation committees from both the National Assembly and the National Council of Provinces examine the proposals included therein and submit Budget Review and Recommendations Reports for each department to the respective houses of Parliament . The reports are analysed by the Minister of Finance between December and February, and provide a mandate for the final National Budget.

GUPTAS, GIGABA, AND THE CAPTURE OF TREASURY

It is widely acknowledged that a Zuma-linked criminal network, led by the Gupta brothers and involving various members of Cabinet, has captured the State. Through this network, billions of rands have been stolen and State institutions have been repurposed to serve the interests of a small, powerful and corrupt elite – and all the while poverty among Black South Africans remains high and on the rise[4].

In August 2016 and again in March this year, EE publicly condemned not only State Capture, but also the hostile takeover of National Treasury. Although EE has previously clashed ideologically with the policies advanced by former Finance Minister Pravin Gordhan, our concerns about Minister Gigaba go much further. Gigaba’s associations with the Gupta family[5] pose a threat to the the nation’s largest resource pool and put public funds at risk of mismanagement.

Gordhan and the National Treasury posed serious obstacles to President Zuma’s attempt to centrally manage corrupt, rent-seeking individuals. We fear that Gigaba’s appointment as Finance Minister signals  the ultimate relinquishing of the country’s fiscal sovereignty.[6] As Finance Minister, Gigaba’s continued use of emergency funds to bailout SOEs – even when they show no intent to reform their governance structures – reveals an arrogant disregard for the needs of everyday South Africans.

It is chilling to know that the MTBPS will be delivered by a man implicated in State Capture – a process that simultaneously decreases revenue and incapacitates the government institutions charged with using government funds to provide services to South Africans.

Maladministration within South Africa’s SOEs has resulted in much of the National Budget being utilised to benefit the senior management of these entities, rather than ensure that public monies are used to better the lives of millions of South Africans, and in particular the Black youth.

Gigaba’s appointment as Minister of Public Enterprises in November 2010 signalled the beginning of the systemic reconfiguring of SOE boards.[7]. His appointees, most of whom had no corporate or sector relevant experience, were usually linked in some way to the Gupta family.[8] As the leaked Gupta emails[9], amaBhungane reports[10], and the  ongoing  Parliamentary Eskom Inquiry[11] reveal – Gigaba has been linked to some of the scandalous procurement contracts with Gupta-linked companies.

Gigaba’s willingness to allow allow undue influence over who heads SOEs has contributed to irregularities such as Brian Molefe’s resignation/early retirement/unpaid leave and the dispute around whether or not he should have even been on Eskom’s pension fund[12]. Then there is Hlaudi Motsoeneng and whether he may receive a pension payout from the SABC despite falsifying his qualifications. Furthermore, EE is deeply concerned with Minister Gigaba’s recent R3 billion bailout of the long-failing South African Airways (SAA) .

While corruption continues to wreak havoc on the State’s balance sheet, learners in KwaZulu-Natal risk their lives walking punishing distances to school each day — the province says it cannot afford to provide them with scholar transport. Schools in the Western Cape suffer theft and vandalism that have cost the province R35.2 million[13] between 2013 and 2015 — the Education MEC says there is not money to provide more security to schools. In the Eastern Cape, schools continue to be plagued by Apartheid-era infrastructure backlogs. The cost of eradicating these in 2017/18 is R6.5 billion, yet the province has struggled to spend its infrastructure budget year on year, which this year is R1.5 billion.

We have grave reservations regarding the use of PIC funds – as the largest investment fund in Africa – to finance SOE bailouts. The PIC CEO, Dan Matjila has had to reject a request by the recently fired Chairwoman of SAA for a R6 million bailout. The retirement investments of government employees must not be used to replenish funds squandered by SOEs such as SAA, PRASA and Eskom.

Matjila’s rejection of the bailout request puts him at risk of being ousted and replaced by a more pliable CEO, leaving the PIC vulnerable. The probability of agents of State Capture gaining access to these funds remains high, and guarding the PIC should be among our main priorities. This is intrinsically linked to protecting South Africans and holding on to what little shred of democracy we have.

The constant bailouts of SOEs, contrasted with the dire need for funding in education, reveal a pattern of rewarding maladministration at the expense of vulnerable young people of South Africa.

THE DESTRUCTION OF SARS

While young people languish without employment, quality education or training under this government, the new-found incompetence of SARS under Tom Moyane continues to devastate the country’s fiscus.

In the first quarter of 2017, SARS had a revenue shortfall of R13.1 billion. When appearing before Parliament’s Standing Committee on Finance last month, SARS blamed the undercollection of revenue on the early collection of Pay as You Earn Taxes (PAYE), but failed to account for the weak internal controls that have led the organisation down this path of decline. SARS reported a lower than estimated collection for Personal Income Tax (PIT), missing its targets by R5.6 billion. Given recent revelations on State Capture and the abuse of State funds, taxpayer morale is understandably low. This further hinders revenue collection and, if this trend continues, SARS will lose an estimated R50 Billion in tax revenue in 2017[14].

More concerning still, is that SARS currently has 96 active internal investigations of fraud and corruption, and has been late to pay VAT and personal tax claim refunds. It is clear that SARS, is struggling to generate funds through adequate revenue collection, is also failing to systematically distribute taxpayer claims. This failure by SARS to provide the very service it was created to render to South Africans, highlights the gradual destruction of an organisation that was previously lauded for its stability and reliability.

As a youth movement advocating for the State to prioritise poor and vulnerable communities, EE is alarmed by this destruction of SARS’ capacity led by Moyane! It poses a threat to how the government carries out its mandate of providing basic services such as education and healthcare to millions of South Africans.

STOP THE CAPTURE OF STATE RESOURCES

If Minister Gigaba is not complicit in State Capture he should immediately recommend to our compromised President that Tom Moyane be suspended. Moyane has been determined to  purge experienced senior executives within SARS. Since his appointment in 2014, 55 senior officials have departed SARS based on the report published by auditing firm KPMG[15]. Despite KPMG retracting parts of this report, Moyane is still hell bent on leveraging it.

We urge public sector trade unions, and the South African Democratic Teachers’ Union (SADTU) in particular, as a body that represents thousands of teachers, to take a public stand in defence of the PIC. State Capture is a direct threat to the livelihood of the members of public sector unions – teachers, police men and women, nurses, and soldiers – who are at risk of losing their hard-earned pensions. Your members will be left destitute – on your watch.

When EE campaigns for the fixing of schools with dire infrastructure backlogs in the Eastern Cape, or for Limpopo learners to have access to decent sanitation, the response from government is always the same: “there is no money”. What the rampant maladministration and looting of State funds reveals, however, is not a lack of funds, but of political will. While Zuma’s cronies continue to  enrich themselves at the expense of the poor (who largely remain Black), we must not forget the young people of this country who leave home before sunrise to walk 10km to school, or the learners that must choose between an education and dignity due to a lack of menstrual hygiene products.

Minister Gigaba, put South Africans before self-enrichment in your MTBPS. Prioritise the poor and vulnerable ahead of SOEs that continue to haemorrhage taxpayers’ money. For the sake of our future and the future of your children, Minister Gigaba, we call on you to come clean on State Capture.

*Use #MTBPS2017 to follow our commentary on social media.

[6] Public Affairs Research Institute, Betrayal of the Promise: How South Africa is Being Stolen, May 2017, p. 15.

[9]Cowan, K., “The Gigupta collusion: Another Gigaba adviser linked to the Guptas”,

[13]Equal Education, Of “Loose Papers and Vague Allegations”: A Social Audit Report on the Safety and Sanitation Crisis in Western Cape Schools, 2016.