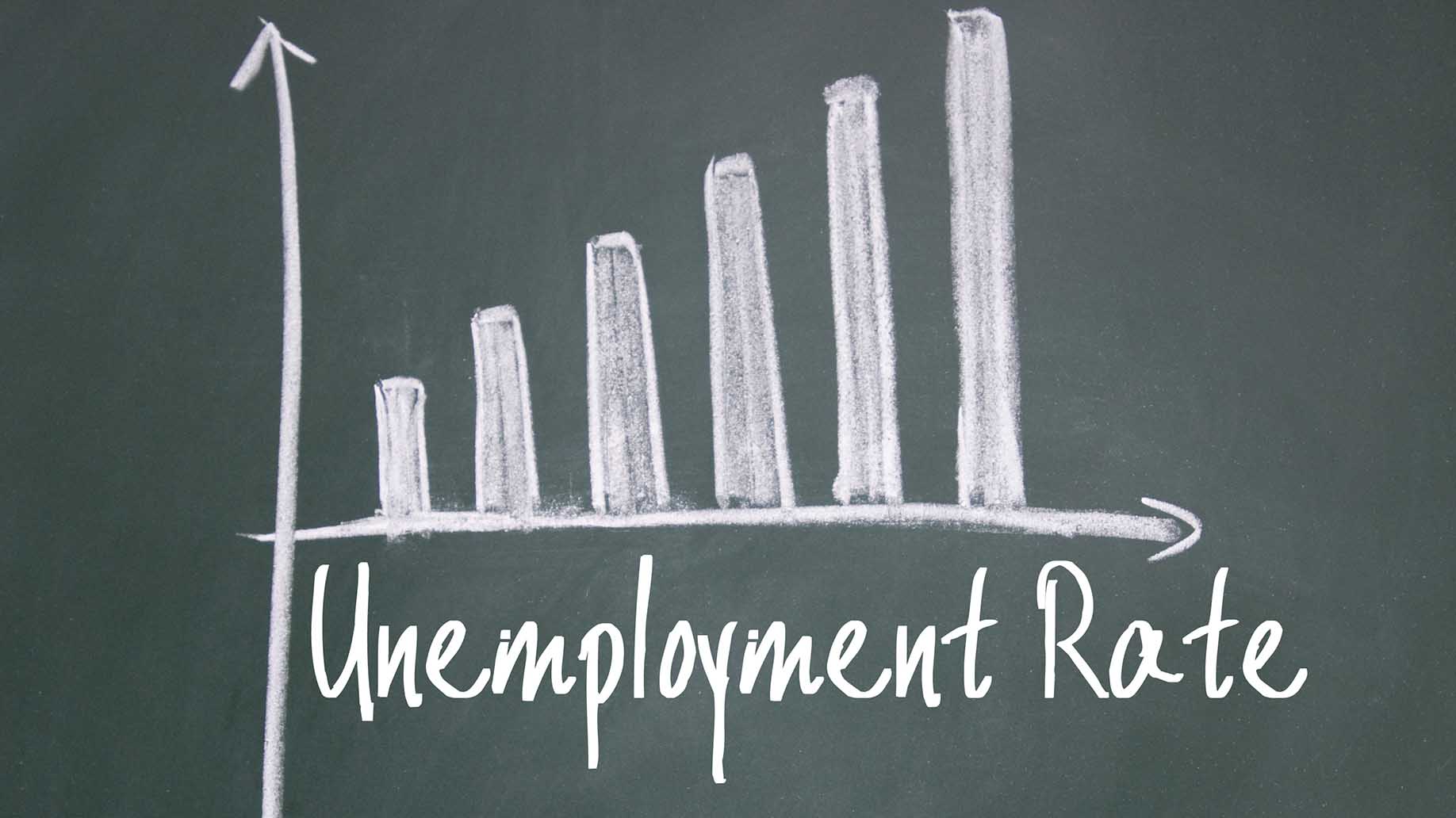 As we await the results of the tenth cohort of learners to sit for the National Senior Certificate (NSC), the excitement must be tempered with the hard post-school reality that many will grapple with. At a time when matriculants ought to be contemplating various future prospects for study and work, joblessness lurks as an increasingly likely post-school reality.

Equal Education (EE) has previously cautioned against a matric certificate being touted as a guaranteed gateway to success. Many youths battle to find a first job despite actively searching, and government’s attempt to create jobs for youths via an Employment Tax Incentive (the Youth Wage Subsidy) has failed dismally.

There are real benefits to completing matric, and providing quality basic education for all is pivotal as a sustainable solution to addressing unemployment. However, the difficult truth is that even the educationally privileged among the Class of 2017 will find the current post-school environment to be severely lacking in employment opportunities.

South Africa’s unemployment rate has been rising over the last nine years, and is now at 27.7% – higher than countries with similar gross domestic product (GDP) per capita including Botswana at 18.1%, Namibia at 22.3%, Gabon at 18.5% and Algeria at 11.7%.[1] Minister of Finance Malusi Gigaba, in his recent Medium Term Budget Policy Statement (MTBPS), delivered a frank assessment of the dire state of the South African economy. In response we expressed our deep concern regarding a ballooning debt-to-GDP ratio and revenue shortfall, the downward revision of economic growth to 0.7%, and the risk that fiscal deterioration poses to the advancement of social rights.

Low employment growth has been the consequence of low economic growth: The labour market cannot absorb the large numbers of young, new entrants. And while employers seek high-skilled workers, there is an oversupply of low-skilled workers – a structural mismatch between labour demand and supply.[2]

Youths bear the brunt of unemployment. The unemployment rate for youths (aged 15 to 34 year) was 38,6% according to the Statistics South Africa (Stats SA) Quarterly Labour Force Survey (QLFS) for the third quarter of 2017.[3]

While low quality basic education and incomplete education leave young people without the suitable skills, higher education graduates are not immune to the effects of low economic growth. The graduate unemployment rate was at 7,3% in the first quarter of 2017.[4] Thus, although a tertiary qualification lessens an individual’s chances of being unemployed, it is not a guaranteed gateway to employment, especially if without workplace experience.[5]

Conditions for economic growth cannot be created under a government that is led by Jacob Zuma and his Gupta associates. A government that works tirelessly in service of its poor, must be led by men and women of conscience.

Youths not in Employment, Education or Training (NEETs)

In the third quarter of 2017, 30% of South Africa’s 10,3 million youths aged 15 to 24, were not in employment, education or training (NEET).[6] This untapped potential is a national tragedy. The number of youths who are neither learning nor engaged in income-generating activities has risen since 1996, from 2 million. South Africa is very likely to fail to substantially reduce the proportion of youth not in employment, education or training by 2020 – a target of the Sustainable Development Goals.[7]

According to the Department of Higher Education and Training (DHET), the largest proportion of NEETs aged 15 to 24 are those who exited high school without completing matric, and those who did matriculate but did not attain a diploma or degree.[8] One million of these individuals are new entrants to the labour market but unemployed, and nearly 700 000 are discouraged work-seekers according to 2016 data.[9]

These youths are unable to improve their employment prospects because they are not gaining skills or work experience. Worse, remaining unemployed for extended periods of time signals low potential productivity to employers, further reducing the likelihood of finding employment. They are financially dependent on other household members – the old-age pension (grant) in particular has been found to support job-seeking activities for young people.[10]

NEETs are rightly considered as most vulnerable to chronic unemployment and poverty, and to social exclusion.[11]

Supply-side government interventions have included the Second Chance Matric Programme (which assists learners who did not pass matric, to complete school), Technical and Vocational Education and Training (TVET) colleges, and the Sector Education and Training Authorities (SETAs).[13] SETAs are vocational skills training organisations required to create internships, learnerships and apprenticeships within each industry for employed and unemployed people. In 2014 only 1.6% of unemployed South Africans attended SETA-supported training programmes.[14]

The South African Labour Development Research Unit (SALDRU) argues that because these initiatives are designed to affect changes in the supply of labour, the effect on unemployment is limited.[15]  Given that labour supply is high in South Africa, it is likely that an increase in labour demand will have a far more significant effect on unemployment. SALDRU further asserts that while the intention of these programmes is to develop a transferable skills[16] base, most firms require non-transferable skills.[17]

The most notable demand-side interventions have included the Expanded Public Works Programme (EPWP) and the Employment Tax Incentive (ETI). The EPWP provides short-term employment for unemployed South Africans. International experience has shown that although public works programmes can provide a short term safety net, they do not improve future labour market prospects for participants.[18] Similarly, in South Africa, while the EPWP has made some positive contributions such as providing a level of income security to participants, it has “made no lasting impression on unemployment”.[19]

The primary objective of the ETI is to encourage employers to hire young, less experienced work seekers. Employers are eligible to claim a tax deduction based on wages paid to certain employees.[20] The ETI – aggressively lobbied for by the DA and implemented by the ANC – has benefited employers rather than job seekers.

We have repeatedly called for the ETI to be scrapped.  Firms that would have employed qualifying candidates even if the tax subsidy had not existed, now benefit from the scheme. This result in savings for these companies but according to research also by SALDRU, the ETI “did not have any statistically significant and positive effects on youth employment probabilities”.[21]

Urgent and drastic intervention is required to reduce youth unemployment, and unemployment among older persons. The National Development Plan (NDP) boldly declares that South Africa can reduce the  unemployment rate to 6% by 2030. But to do so needed 11 million jobs to be created in the 20 years following its publication (and for the economy to grow at an average of 5.4% every year).[22] Vision 2030 currently lies in tatters.

As far as short term measures to assist young job seekers, EE is supportive of the recommendations put forward by researchers from the University of Johannesburg (UJ), and University of Cape Town (UCT), in a 2016 paper entitled Youth unemployment: what can we do in the short run?[23] The authors suggest the following:

We also recommend the following steps be taken:

Poor quality basic education that sees alarming numbers of learners drop out of school before reaching matric, contributes to unemployment. As research from the Human Sciences Research Council (HSRC) states, adequate skills development depends on“high levels of general education upon which appropriate forms of vocational and career-oriented training can be optimally built”.[24]

Learners who pursue vocational studies also encounter uneven quality. The pass rate for the National Certificate Vocational (a qualification with a mixture of theory and practice) averages 42%[25] and approximately only 2% of students complete the qualification within the minimum period of three years.[26]

It is imperative that poor quality teaching and learning, and poor throughput rates in basic education and in TVET colleges be urgently addressed by the Departments of Basic Education and Higher Education. It is the responsibility of the State to provide young people with an education that ensures that they are  well prepared to participate in society and in the economy.

Considering that almost half of South Africa’s employed and 60% of the country’s unemployed did not complete matric,[27] it is imperative that SETAs spend their budgets to develop training programmes. As research by UCT’s Development Policy Research Unit (DPRU) highlights, “training for the unemployed is a public good in the classic sense, which means that the market is unlikely to provide it, and therefore the State must take the lead in this regard”.[28]

In addition, given the high numbers of employed and unemployed persons who have not reached a National Qualifications Framework Level 4 (the level of matric), EE calls for the expansion of programmes provided by Community Education and Training (CET) colleges.[29] A 2016 report by a research consortium led by the HSRC, reveals that many community colleges “do not have effective capacity or staff to deliver effective basic skills training”.[30] The report is correct in advocating for the fast tracking of an initiative for improving the capacity of teachers to deliver the college programmes, and for learning materials to be developed.

The unemployment crisis haunts many families in this country. Children attend dysfunctional schools in the hope that education will liberate them. The current government under Zuma is an unimaginative, unresponsive and unaccountable one, that fails to create opportunities for our youth. South Africa’s unemployment crisis can only be solved by a corruption-free government that exercises strong fiscal discipline. Until a government that prioritises its most vulnerable emerges in this country, we will continue to witness an army of unemployed youth toiling township and rural streets with little hope of a life that is fulfilling. Work remains a central concept to human existence.

For further media comment on Economic Context and Youth Unemployment:

For further media comment on Youths not in Employment, Education or Training (NEETs):

[16] Skills learnt in one setting or job that can be applied in another.

[20] National Treasury, “How The Employment Tax Incentive Works For You”, https://tbcsa.travel/wp-content/uploads/2017/11/Employment_Tax_Incentive.pdf

[24] Kraak, A., Human resources development and the skills crisis in South Africa: the need for a multi-pronged strategy, Journal of Education and Work, 2005, p.57.

[29] CET colleges target post-school youth and adults who wish to improve their skills for employability and/or progression to opportunities in TVET colleges and university education.