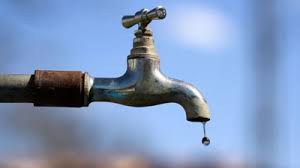 Yesterday Western Cape Premier Helen Zille wrote: “There are over 900 schools in the Cape Town Metro, of which 423 have boreholes… It is obviously essential to provide water to schools without boreholes. But this must still be finalised.”
Therefore 477 schools in Cape Town currently lack definitive plans to avoid closure on Day Zero, which is now expected on 21 April. There are hundreds more schools not in the Cape Metro, but served by the same dams, who similarly face the prospect of Day Zero.
Meanwhile, Western Cape MEC for Education Debbie Schafer and Head of Department Brian Schreuder are currently overseas, on a two-week trip, until 4 February.
The pair are visiting England, Finland and Ireland. Equal Education would like to know:
Additionally concerning is that all MECs and HODs were invited to the three-day annual government Education Lekgotla hosted by Minister Angie Motshekga. This is currently being held in Irene, Gauteng. Schafer and Schreuder are absent.
Premier Zille has rightly criticised Minister of Water Nomvula Mokonyane for being out of the country during this period of water crisis, in order to attend the inauguration of George Weah as President of Liberia. EE’s concerns here are similar.
EE would like the Western Cape Education Department to conclusively demonstrate, through detailed plans, that it is ready for Day Zero.
For further media comment:
Tshepo Motsepe (Equal Education General Secretary) 071 730 3559
MilaMEDIA STATEMENT: MEC SCHAFER AND HOD SCHREUDER OVERSEAS WHILE HUNDREDS OF WESTERN CAPE SCHOOLS FACE PROSPECT OF NO WATER01.23.2018