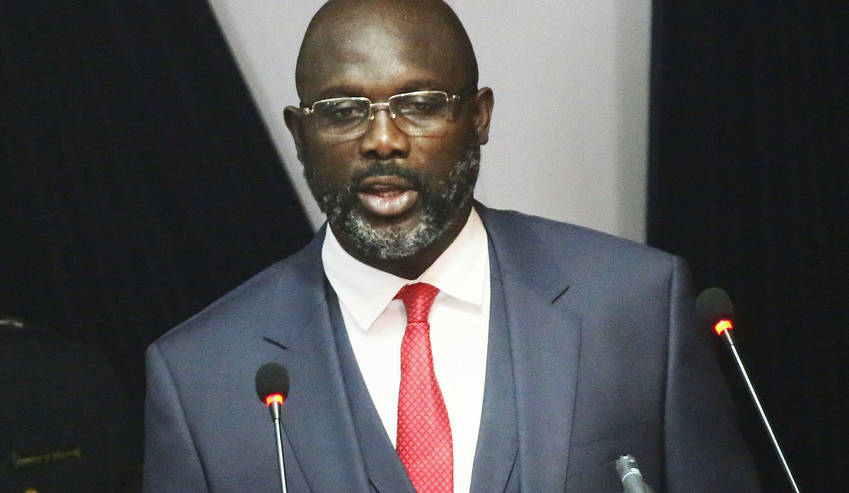 Congratulations on your election to the presidency of the Liberian government; indeed you continue to play a leading role in showing the world that in you Liberia has capacity.

President Weah, your term in office begins at a time when Liberia is on the brink of bankruptcy, and news reports suggest that you have shown immense leadership by taking a salary cut. I salute you for this gesture.

The African continent is plagued by poverty due to colonialism and dispossession, and the despot leaders who have stolen from their people.

President Weah, the Liberian people through the exercise of their right to vote, reminded us that the people of this continent are a hopeful and resilient people –ready to rebuild what slavery and colonialism tried to conquer. The civil war perpetuated by Charles Taylorleft a permanent scar on the lives of many Liberians – especially its children. Those who survived now have families of their own.

Of the urgent work that you must undertake, improving the lives of Liberia’s youth is a priority. To rebuild a society, a people’s government must put in place an education system that drives the achievement of that transformation.

President Weah, the decision to privatise Liberia’s education sector is a bad one. In my view, this new form of colonialism masquerading as altruism, has no interest in improving the educational outcomes for our people. Those of us who are opposed to the conquest undertaken by Bridge International Academies (and those who have facilitated their involvement, such as the UK-based Ark) are well aware of their deep pockets and ability to influence the narrative around education governance.

Various reports have shown that Bridge schools are inaccessible to poor learners and that poor labour conditions exist in Bridge schools. In Kenya and Uganda the company was repeatedly found to have disrespected the law and to have provided an unacceptably low quality of education. In fact, in Uganda the government decided to close all Bridge schools because children were learning in unsanitary conditions, schools were employing unqualified teachers, and schools were not properly licensed. Despite this, Bridge continues to run public schools in Liberia.

Conservative education reformers who are hell bent on destroying public education systems around the world, and particularly in black communities, swoop in when there is a crisis.

The growing power of private actors in the public education system is also a concern in South Africa. The players – Ark being one – has made the leap from Liberia, here.

The privatisation of the schooling system will tighten the shackles of poverty and of colonial subjugation if bold steps are not taken to break free.

Why do these private entities not freely offer assistance in capacitating the public education sector in your country, rather than wanting to run schools on your behalf. They must believe that the people of Liberia cannot manage their own system.

President Weah, I urge you to reverse the decision of your government to allocate resources to subcontract to private actors that which is the obligation of the state.

MilaOPEN LETTER ON EDUCATION TO PRESIDENT GEORGE WEAH OF LIBERIA02.06.2018