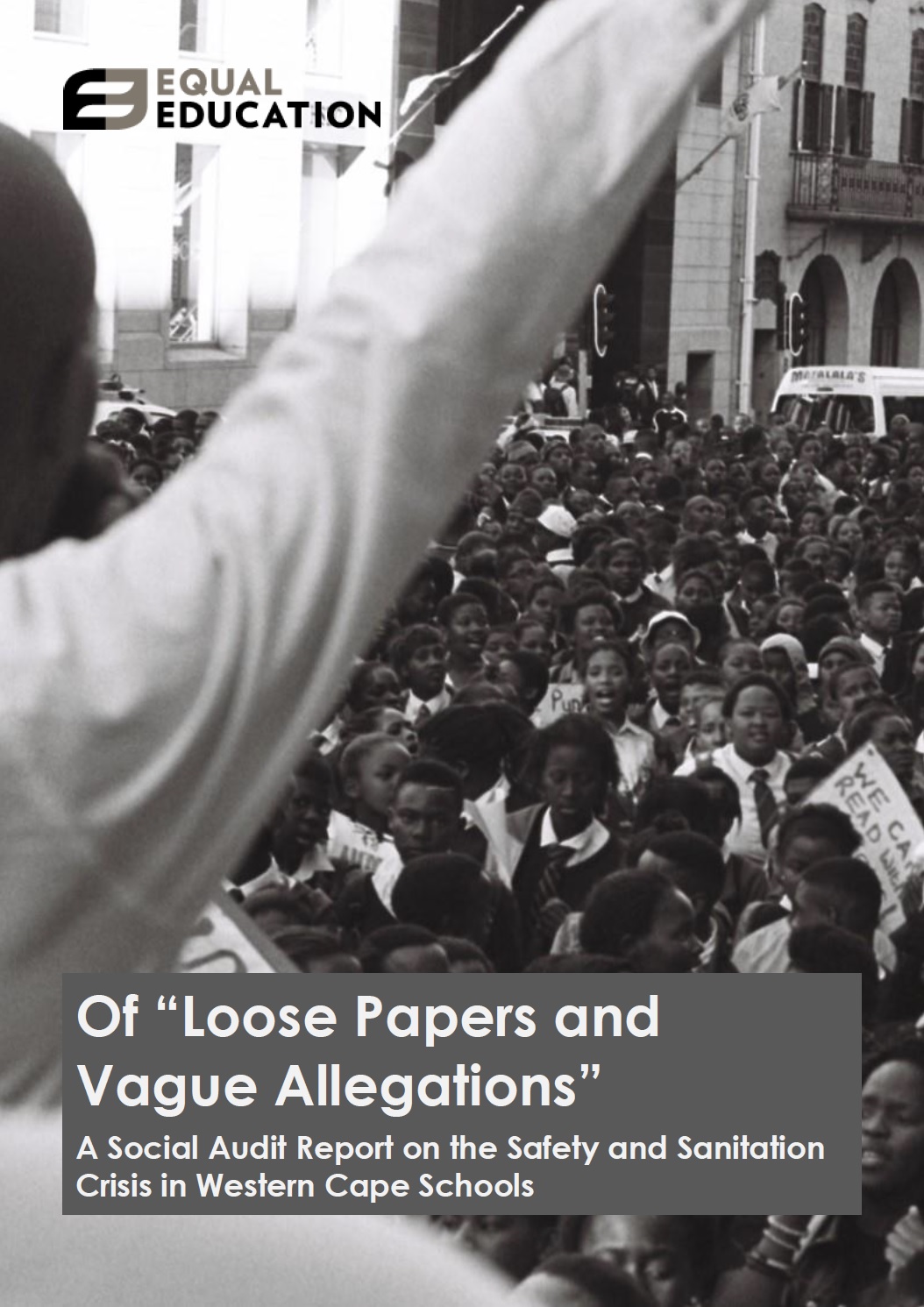 To date, no response has been received from these public servants.

In 2015, EE conducted a social audit across 244 schools in the Western Cape, these were some of our findings:

Additionally, with #DayZero approaching, EE remains concerned that the Western Cape has not provided schools, parents, or the broader public with adequate plans for schools in poor and working-class communities. While the Western Cape Education Department (WCED) has communicated that they have entered the second phase of their plan to keep schools open on and beyond #DayZero, their plan provides insufficient detail and unclear implementation methods.

At this point we have been able to confirm, through school visits, that three of the four high schools in Langa and less than half of the high schools in Nyanga have water tanks. The remaining high schools in these areas have no access to borehole water.

As Zille delivers her State of the Province Address (SOPA) today, members of EE and learners from affected schools around the Western Cape will picket outside the Western Cape Legislature demanding a response. We will listen for the Premier’s plans to address safety and water security for poor and working-class communities, which bear the brunt of these issues.

Our October 2017 demands to which we have received no response to date:

*Use #SafeSchools and #SafeCommunities to follow our commentary on social media