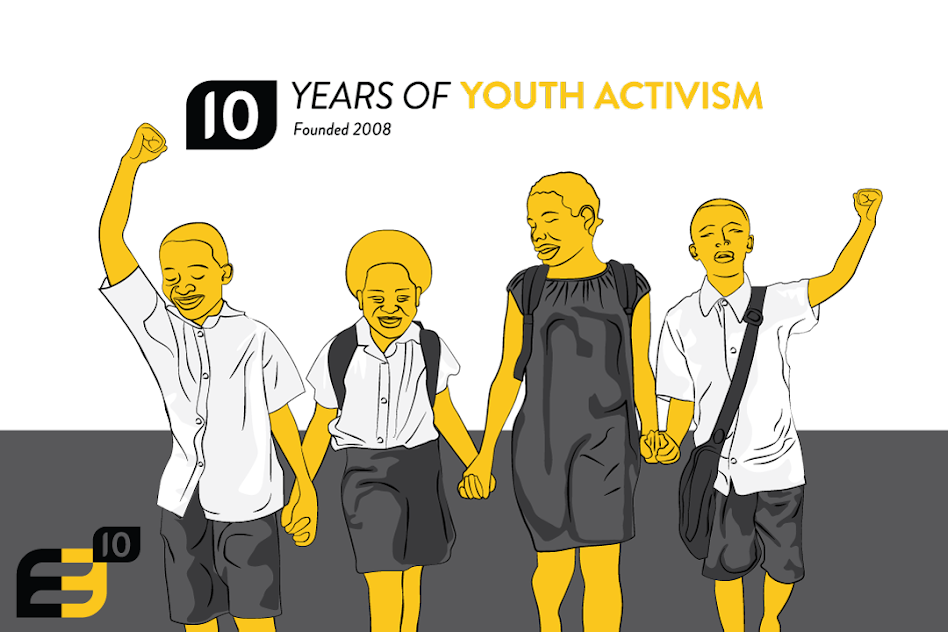 Ten years ago, activists and education experts came together to discuss the inequality in education in South Africa. They recognised the need to mobilise communities, and for a people’s movement for education quality and inequality to be led by young people.

The democratic, membership-based organisation that was then envisioned, is Equal Education (EE).

In March 2008, the very first EE Youth Group meeting was held in Khayelitsha. Only seven learners arrived at this first meeting. That was the beginning of 10 years of youth activism. There are now over 6000 EE members who gather every week, in five provinces, engaged in political education, and leading the struggle to #FixOurSchools.

Throughout this year we will be reflecting on our impact: fostering political consciousness; winning systemic and localised improvements that manifest in the form of pro-poor policy, and safe and dignified learning environments for poor and working class learners; and enabling the emergence of young activist leaders and other civil society formations.

On Wednesday 28 February (tomorrow), EE members, EE staff, supporters of EE, and our partner organisations will come together to mark 10 years of EE.

Speakers at our Khayelitsha mass meeting are:

The Gauteng and Eastern Cape members will join the main meeting in Khayelitsha via livestream.

Gauteng:  School of Education, University of the Witwatersrand, Parktown.