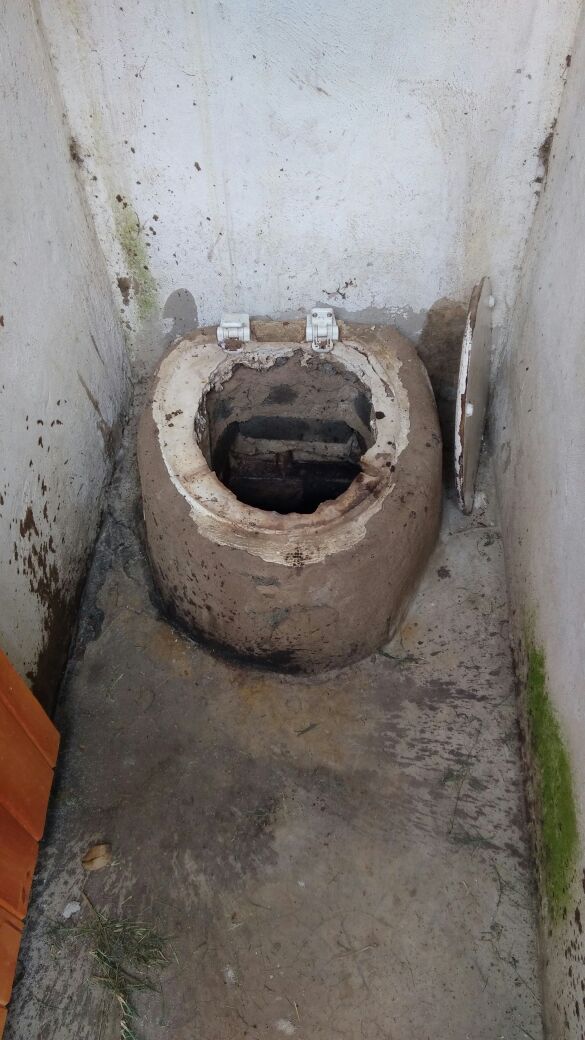 If South Africans are to believe in President Cyril Ramaphosa’s “new dawn”, then government must adhere to the school infrastructure law, and the deadlines that it stipulates. Click here to read the Regulations Relating to Minimum Uniform Norms and Standards for School Infrastructure.

It is outrageous that, in 2018, there is still a need to audit the status of sanitation at our schools. Or is this another delay tactic?

Since 29 November 2013, Minister Motshekga has been bound by a law, which she adopted, which details the infrastructure standards for each school. The law, the Norms and Standards for School Infrastructure, sets out deadlines for fixing infrastructure in schools. It says that by 29 November 2016, schools must have been provided with access to water, electricity and decent sanitation. By that same date, all schools built entirely from inappropriate materials (mud, asbestos, wood) ought to have been eradicated. The law explicitly says that plain pit latrines are not allowed at schools.

Despite this, less than two months after the law came into existence, 5-year-old Michael Komape drowned in a dilapidated pit latrine at his school in Chebeng Village, Limpopo.

This tragedy was not enough to spur Minister Motshekga and the MECs into action.

Instead of conducting a toilet audit then, and properly preparing to meet the deadlines in the Norms and Standards law, the education MECs released infrastructure reports that brazenly stated that the deadlines stipulated by the law would not be met. These infrastructure reports were only made public after six months of EE members publicly campaigning for their release, and only after we sent the Department of Basic Education requests in terms of the Promotion of Access to Information Act (PAIA). In its report, the Eastern Cape Department of Education admitted that it did not have a grasp on the extent of its infrastructure backlog.

On 15 March 2018, in the Bhisho High Court, Minister Motshekga refused to fix the unconstitutional loopholes in the Norms and Standards law.

Instead of committing to holding the provincial education departments to account, Minister Motshekga spent public funds defending provisions in the law which render the infrastructure deadlines as mere aspirations. As legal counsel for Equal Education,  Advocate Geoff Budlender SC, said in court: the loopholes in the law  mean that communities must accept that “some unspecified person, in some unspecified manner, at some unspecified time”, will fix schools.

Minister Motshekga and the Limpopo Education Department have also used State money to drag the Komape family through a long legal battle, offering them a disgracefully small settlement weeks before the matter was set for trial. When the case did reach court, the State’s lawyers accused the Komapes of trying to make money from their child’s horrific death at school, and asked the court to order the Komape family to pay the State’s legal costs.

Had the law that Minister Motshekga adopted, or the death of Michael Komape, compelled the government into action, Lumka Mketwa would not have had access to a plain pit latrine at her school. Instead, more than four years after Michael’s death, and on the eve of the hearing of our court case to fix the unconstitutional loopholes in the law, Lumka drowned in a pit latrine at her school in Bizana, Eastern Cape. Still then, President Cyril Ramaphosa had to call on Minister Motshekga to develop a plan to fix school sanitation, before she was moved to action.

What about your Norms and Standards, Minister Motshekga?

When President Ramaphosa called publicly for Minister Motshekga to develop a “plan” to fix the pit latrine crisis, we pointed out to him that the “plan” has already been in place for years, in the form of a law – the Norms and Standards regulations.

It is shocking that, even now, the Minister behaves as if the Norms and Standards law does not exist, and President Ramaphosa behaves as if he has no knowledge thereof. Motshekga’s media statement issued on 22 March ignores the violation of the law – it makes no mention of how she is fighting in court to keep the loopholes in the law – loopholes that indefinitely lock learners in poor communities in undignified and dangerous schools. Minister Motshekga’s statement makes no mention of the numerous annual plans and reports which each MEC should, in terms of the Norms and Standards law, have provided to her.

Despite the appearance of urgency in her convening of the CEM meeting, Minister Motshekga knows very well that the education MECs are in default of the legal deadline of 29 November 2016 – the first deadline for fixing the schools that are in the worst state. Minister Motshekga also knows that she has failed to properly hold the MECs accountable for this. The only concrete date or timeline that Minister Motshekga has committed to is that which President Ramaphosa has dictated to her – three months to develop a plan.

The call for the eradication of unsafe school infrastructure is to safeguard decent and dignified teaching and learning. That Minister Motshekga and MEC Makupula were smiling side-by-side at the media briefing on 22 March, was an appalling sight. Children have died at school, and we as a nation are expected to accept the explanations from those who are responsible for the deaths of Lumka, Michael, and the other learners who have not made headlines.

To the education MECs who blame apartheid for their failures: you accepted the responsibility to dismantle the legacy of apartheid. You accepted responsibility to improve the lives of millions of learners. Do not make excuses, provide services that improve the lives of young people for whom education is a liberating tool. If you cannot, step aside!

Come 2019, when the ruling party knocks on our doors, asking that we “do it for Mandela”, we will instead go to the polls thinking of Lumka, of Michael, and the millions of learners who suffer the sort of indignity that no responsible government should subject its citizens to. We will no longer be emotionally blackmailed.