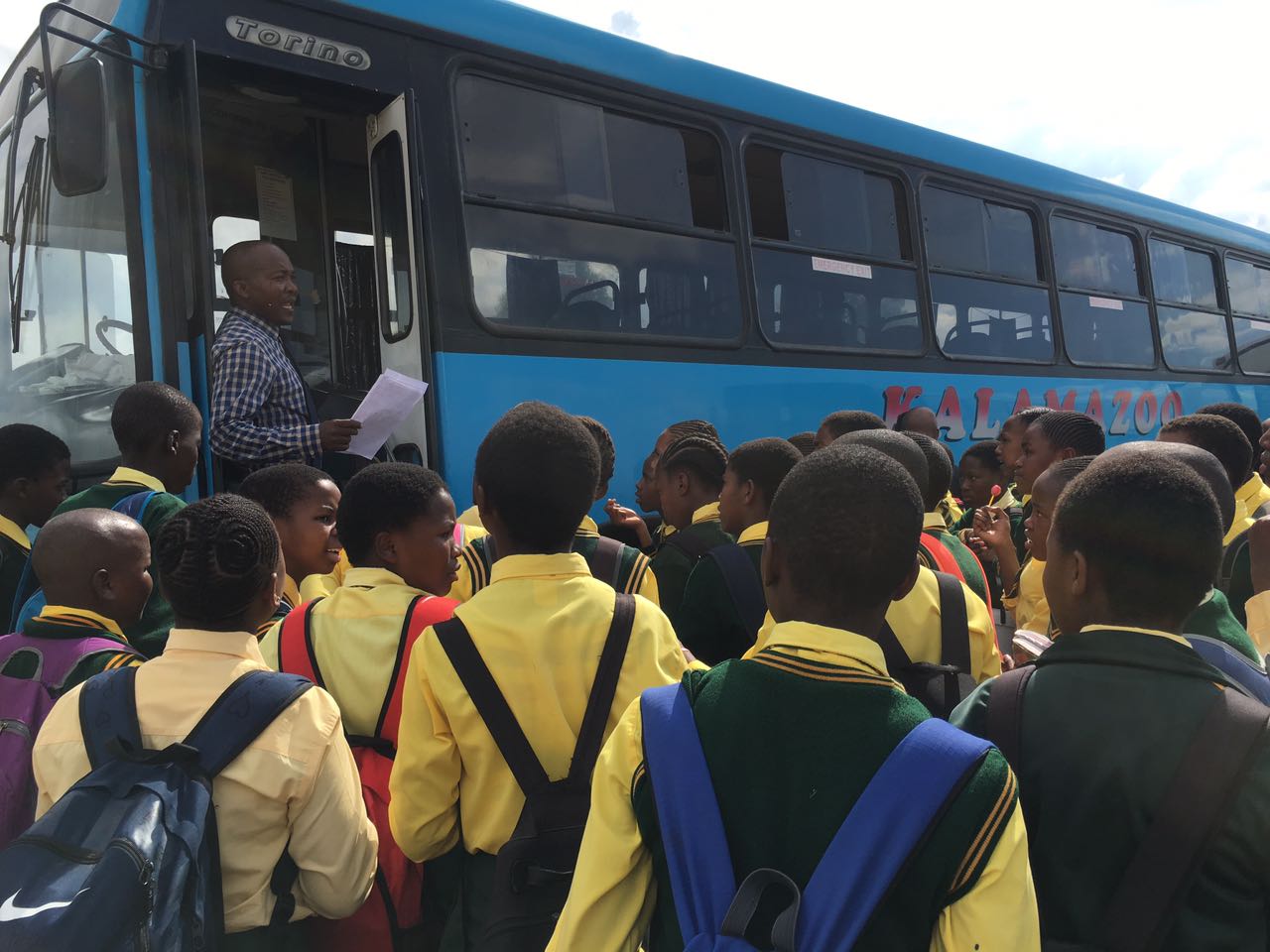 Our relentless campaign for scholar transport since 2014, and our legal challenge in the Pietermaritzburg High Court in November 2017, has succeeded in getting the KwaZulu-Natal Education Department (KZN DoE) to begin to finally deliver buses and taxis to schools in Nquthu yesterday morning.

It is because of the determination of EE members that the KZN DoE has finally initiated proper investigations into the extent of the need for government-subsidised scholar transport at the 12 Nquthu schools that we identified, but also the need across the province. The KZN DoE’s findings vindicate our position – revealing that the need in the 12 Nquthu schools and in the province is much higher than the KZN DoE had previously estimated.

Read the details of our campaign and court case here.

Critically, the agreement that was made an order of court in November 2017 was not just about the 12 Nquthu schools – it was also about the provision of education to learners in need throughout the province. We are now working to ensure that there is proper implementation of the commitments in the court order. The KZN Education MEC Mthandeni Dlungwane has filed a report with the court on the status of the provincial government’s plans to address the scholar transport backlog throughout KZN. We are analysing the report together with our attorneys at the Equal Education Law Centre, and anticipate filing a response in May 2018.

Our view is that all learners around the country who walk long and dangerous routes to school must – as a component of their rights to education, safety, dignity and equality – be provided with government-subsidised scholar transport.

We add the delivery of buses and taxis yesterday to the hard-won victories that we have already secured over the course of this campaign, that includes the provision of government-subsidised buses to three schools in Nquthu in 2015, the publication of the National Learner Transport Policy, and finally winning a public commitment from the national Department of Basic Education (DBE) to work with National Treasury to explore the introduction of a conditional grant to fund scholar transport.

These collective victories are affirmation of the power of EE members, and of parents and teachers, to force systemic improvements in the South African public education system. Today is not just about the delivery of buses and taxis, but securing the right to an education for the millions of learners in South Africa who walk long and dangerous routes to school.

*Equal Education is a membership-based, mass social movement. Our members are primarily high school learners, in five provinces. We work toward achieving quality and equality in the South African education system, through activism and research.

To arrange media interviews, and to request photographs: