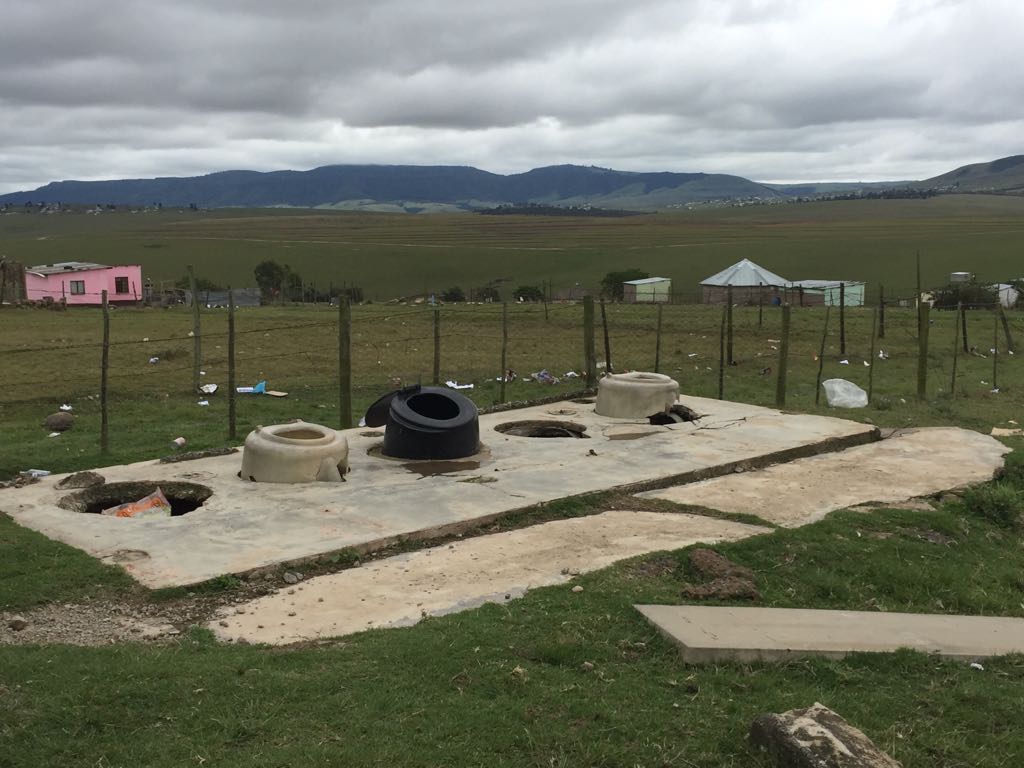 Equal Education (EE) shares the Minister’s concern about decreases in basic education funding, especially cuts to the Department of Basic Education’s (DBE) budget – a first since its establishment in 2009. It is incomprehensible that basic education funding would be reduced months after South Africa learnt that another child (5-year-old Lumka Mkhethwa) died in a school pit latrine, and that 78% of our country’s Grade 4 learners cannot read for meaning.[1]

That being said, National Treasury’s budgetary trade-offs are not the only hindrance to basic education delivery – some of the slashes are a result of the inability of the DBE and the provincial education departments (PEDs) to efficiently and effectively spend their budgets.

The 2018/19 budget speech delivered by former Finance Minister Malusi Gigaba in February, reflected reductions in allocations to the entire basic education system (which includes the budgets of PEDs), and to school infrastructure funding specifically.[2]

The impact of these cuts is that the possibility of receiving a quality education is increasingly slim for poor, mainly rural, black learners. Already, our public school system is hobbled by challenges such as undignified and dangerous sanitation facilities; the limited provision of scholar transport; and classrooms that are not structurally sound.

Given our growing school-going age population[4], high inflation rates, and ambitious National Development Plan (NDP) goals, it is to be  expected that spending on education must increase annually –  especially until historic backlogs are remedied. However, the contrary is true.

Despite the crises in basic education, the attention paid to expenditure and implementation within crucial programmes in this sector seems to be waning.

EE is alarmed by the slashing of the two school infrastructure grants: the Education Infrastructure Grant (EIG), and the School Infrastructure Backlogs Grant (SIBG) – which funds the Accelerated School Infrastructure Delivery Initiative (ASIDI). According to National Treasury’s Estimates of National Expenditure, the allocation for ASIDI has decreased from R2,2 billion in 2017/18 to 1,4 billion in 2018/19, while the EIG sees a decrease from R10 billion to R9,9 billion. These budget cuts may seem insubstantial, but considering that over the Medium Term Economic Framework (MTEF), the combined reductions amount to over R7 billion, it warrants alarm.

These grants, particularly the EIG, were envisioned as vehicles for fulfilling the Regulations Relating to Minimum Uniform Norms and Standards for Public School Infrastructure (Norms and Standards) – the legally-binding regulations that stipulate the infrastructure requirements for all public schools in South Africa. The Norms and Standards demand that by 29 November 2016, all schools made entirely of inappropriate materials (such as mud, asbestos, metal or wood) should have been eradicated, and all schools must have been provided with access to water, electricity and decent toilets. All nine PEDs failed to meet this deadline.

The Norms and Standards ban plain pit latrines at schools. In light of budget cuts and the immense backlog related to the 2016 deadline, EE is concerned that failure to comply with the 2020 deadline is imminent – especially in rural provinces where backlogs are most severe. By 2020 all schools in South Africa must be provided with fencing as well as an adequate supply of water, electricity, sanitation and classrooms.

The graph below highlights the ASIDI programme’s persistent failure to address the backlog of schools that it had targeted to replace.

In a Basic Education Portfolio Committee meeting in March this year, the DBE presented ASIDI’s current national backlog as follows:

The Eastern Cape is province with the most dire backlogs, and when EE investigated the infrastructure at 60 schools in that province in 2016[5], ahead of the first Norms and Standards deadlines, what we found included that:

This year, we have returned to those 60 schools to investigate whether the DBE, and the Eastern Cape Department of Education (ECDoE), have finally provided what is morally and legally owed to learners and teachers.

This week alone, 18 months after the first Norms and Standards deadline expired, we revisited seven of the 60 schools, and we were very encouraged to discover that infrastructure has been upgraded at six of those seven schools. The upgrades include: temporary prefab classrooms to replace inappropriate structures at Xhentse Senior Secondary, and new ventilated improved pit (VIP) latrines at Nyandeni Junior Secondary. We were pleased to see that construction had restarted on an impressive ASIDI school to replace the current Chief Henry Bokleni Senior Secondary school buildings, and new toilet blocks for Noqhekwana Junior Secondary. However, Lower Ntaza Junior Primary, and Tolikana Senior Primary still desperately need new classrooms – learners continue to learn in mud structures.

This week, we were extremely distressed to return to Lutoli Junior Secondary, and find that girl learners must still use pit latrines without any doors or walls – an awful affront to the rights to dignity, safety and health. We are gravely disappointed to find that nothing has changed since our last visit. We provided the ECDoE with evidence (including photographs) of the dire circumstances at this school 18 months ago.

Reasons behind poor infrastructure delivery are complex. However, poor work by implementing agents (IAs), the entities responsible for the building of schools on behalf of the ECDoE, and the ECDoE’s failure to hold them to account contribute significantly to poor service delivery.[6]

As shown in the tables above, cuts to the infrastructure grants are not new – allocations to these grants have consistently been less than projections. National Treasury cited dismal performance by the DBE and PEDs as the reason [7] – but to decrease grants is not the solution to under expenditure, when so many of our schools are in an unconscionable state. The DBE and PEDs have a responsibility to ensure that grants are spent effectively and efficiently. It is misleading for Minister Motshekga to suggest that the biggest barrier to infrastructure delivery is a lack of funding. In the 2016/2017 financial year, when ASIDI funding was at its highest, the DBE delivered only nine of it’s planned 265 toilet projects!

In March this year, in the Bhisho High Court, Minister Motshekga refused to fix the unconstitutional loopholes in the Norms and Standards law. Instead of committing to holding the PEDs to account, Minister Motshekga spent public funds defending provisions in the law which render the infrastructure deadlines as mere aspirations. She yesterday made no mention of the numerous annual plans and reports which each MEC should, in terms of the Norms and Standards law, have provided to her – the latest of which she should have made public last year, but still has not.

Judgment in this court case is expected this month, and if the court agrees with Equal Education, it will mean that the country’s law on school infrastructure will be tightened, and there will not be any excuse for any failure by the nine provinces to comply with the deadlines which the law sets for providing essential infrastructure at schools.

[3] Spaull, N., Basic education thrown under the bus — and it shows up in test results, Business Day, 16 April 2018. https://www.businesslive.co.za/bd/opinion/2018-04-16-basic-education-thrown-under-the-bus–and-it-shows-up-in-test-results/

[5] For a detailed account of the state of these schools, and the political economy of the Eastern Cape, see EE’s Planning to Fail report: https://equaleducation.org.za/wp-content/uploads/2016/07/Full-EE-Planning-to-Fail-Report-2017.pdf