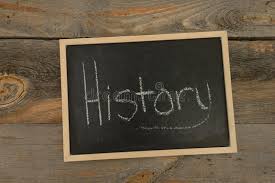 In a world where the emphasis in education is increasingly on job creation, bolstering science, technology, engineering and mathematics (Stem) subjects and digital opportunities, Basic Education Minister Angie Motshekga’s recent focus on history is surprising and refreshing.

Last week, Motshekga released a ministerial task-team report that proposes phasing out life orientation and replacing it with history as a compulsory subject for grades 10 to 12. But can SA justify the pursuit of a “historical consciousness” when 46% of its people aged 25 to 34 are not studying, employed or in training?

Like other developing countries, SA’s economy is affected by global economic forces that demand learners are trained in Stem subjects. And there is a waning interest in history — optional in grades 10 to 12. Many schools, especially those that are poorly resourced, don’t offer it. Between 2004 and 2010, the number of pupils choosing to study history in grade 10 dropped by 22%, as the number of pupils in grade 10 increased.

But the #RhodesMustFall, #FeesMustFall, other recent student movements and the subsequent shift in the national discourse revealed the lack of critical engagement with SA’s history.

To heal, South Africans must understand SA’s history of oppression. They must reflect deeply on its effects and must not shy away from recognising the relics of apartheid and colonialism in the contemporary landscape.

However, introducing history as a compulsory subject in grades 10 to 12 may prove to be difficult. It will result in a significant increase in demand for history teachers, and pupils will have to spend an additional two hours a week at school.

It is unclear how the Department of Basic Education will ensure that there are enough teachers.

Tertiary institutions and the Department of Higher Education and Training will have to find ways to draw more students to teacher training courses and history.

As education professor Linda Chisholm pointed out, education faculties are among the most underfunded, making it unlikely that they will be able to significantly increase capacity.

History teachers are among the first to be retrenched in the education system when cost-cutting measures are implemented.

If the Department of Basic Education wants to elevate the status of history, it must be prepared to invest in it. Continuous teacher training and development is critical.

The ministerial task team report proposed an increase in funding to train history teachers at tertiary institutions through the Funza Lushaka bursary scheme.

The report rightfully warns against increasing the number of subjects teachers teach and recognises the dangers of assuming that all are able to teach history. It also cautions against combining history with another subject such as life orientation, as it is not considered when applying for admission at tertiary institutions and runs the risk of lowering history’s status.

What content is included in the curriculum is crucial to its impact. The curriculum currently emphasises European history.

The Department of Basic Education would need to ensure that this proposal is accompanied by a costing and implementation plan.

It is projected that by 2019, the per learner allocation will be R15,963. Is compulsory history feasible in this economic climate?

The KwaZulu-Natal and the Eastern Cape education departments have moratoriums on the creation of certain teacher and non-teacher posts. These provinces have a high wage bill and would face further challenges if compulsory history was introduced.

The ministerial report imagines a history curriculum that would use the past to teach a “sympathetic understanding for humanity and the human condition”; a “self-conscious reflexivity”; and “human solidarity irrespective of gender, race, ethnicity, colour or creed”.

Few can deny that this education is needed, and the reports on the consultations of the ministerial task team show a general consensus on the need for history that teaches citizenship for contemporary times.

While the introduction of history as a compulsory subject for grades 10 to 12 should not, in theory, compete with other subjects, the reality of limited human and other resources and poor planning mean that this will probably be the case. It will take great courage and commitment to privilege the intangible goal of social cohesion over the practical demands of Stem-focused skills creation, but perhaps the gravity of SA’s particular moment means that the trade-off is justified.

MilaOP ED: PUSH TO TEACH HISTORY WILL BE COSTLY BUT IT DESERVES SUPPORT06.11.2018