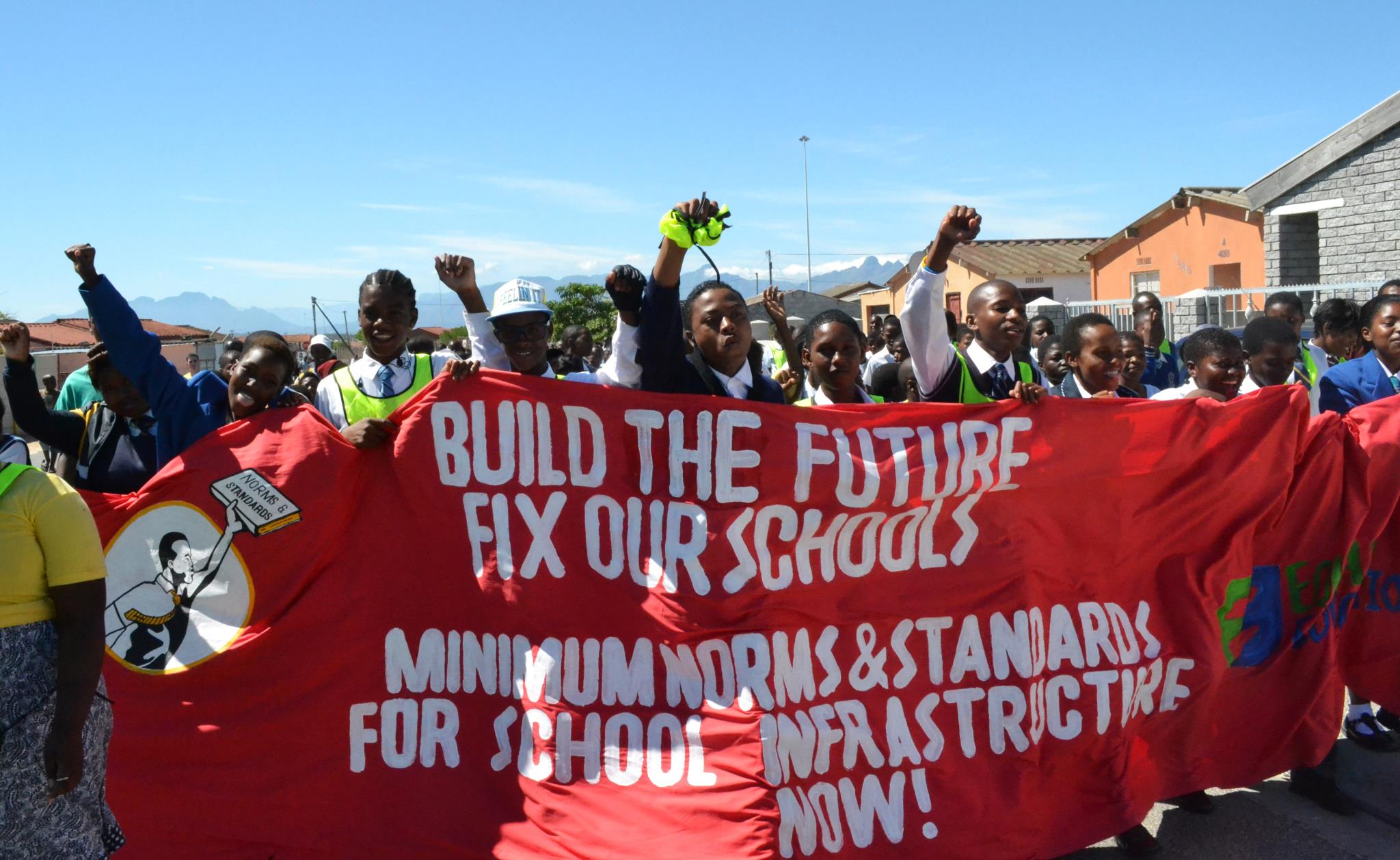 Today the Bhisho High Court ruled entirely in Equal Education’s (EE) favour in the #FixTheNorms case, including declaring aspects of the school infrastructure law that allowed government to indefinitely delay fixing the unsafe and inadequate infrastructure in South African schools, as “unconstitutional” and “invalid”.

The Court gave a Constitutionally sound interpretation of the State’s duties to properly address the crisis conditions of South African schools. In doing so, acting Judge Nomawabo Msizi reinforced the nature of the right to basic education and honoured Michael Komape and Lumka Mkhethwa.

We asked the court to deal with five problems in the Norms and Standards, and this is what the Bhisho High Court today declared on each:

It was only after years of campaigning by EE members and a court order, that Minister Motshekga finally published South Africa’s first legal framework for school infrastructure on 29 November 2013.

While the adoption of the Norms and Standards has yielded progress, dangerous and inadequate learning conditions persist. Two months after the law was adopted, Michael died in a pit latrine at his school in Chebeng Village, Limpopo. Only three months ago, in the Eastern Cape, the same fate befell Lumka, who was also 5-years-old.

In the meantime, 29 November 2016, the deadline by which Minister Motshekga had to ensure that no school was without water, electricity or sanitation, came and went, with schools around the country still lacking the most basic infrastructure. The Court has now made very clear that this is entirely unlawful.

This momentous victory has strengthened the ability of learners, teachers, parents, communities and civil society organisations to hold the State to its duty of protecting learners’ right to dignity, equality and education.

Victories such as this validate the necessity of organising young people to demand rights that would otherwise not be freely afforded to them. Armed with an improved infrastructure law, EE will continue to keep a very close eye on the DBE and on the provincial education departments. We will not back down from the fight for quality school infrastructure!