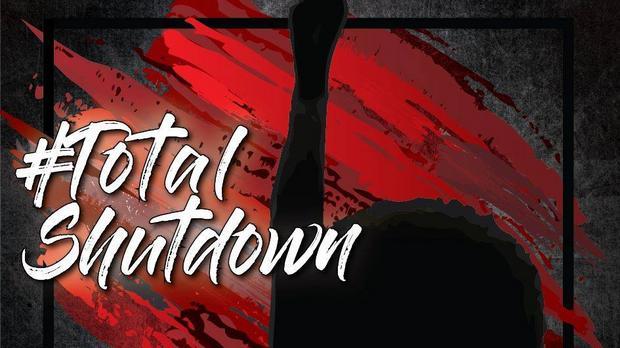 During its third National Congress held last month, Equal Education (EE) delegate members resolved that the movement would show solidarity with various organisations, particularly those that stand to protect and advocate for marginalised voices in society. EE has identified that  #TheTotalShutdown is one such initiative.

Despite having broadly resolved to stand in solidarity with and support organisations and movements such as #TheTotalShutdown, EE recognises that providing banner support to #TheTotalShutdown will take away  members’ ability to exercise agency in deciding whether to participate in today’s nationwide protest action.

In acknowledgement of the need to afford full agency to womxn and gender non-conforming (GNC) members of the organisation, members will be under no obligation to work today and have the full support of EE to participate should they choose to. EE offices will remain open, and staff members who are men have agreed to support their womxn Comrades and observe a moment of silence in remembrance of the many  who have suffered gender-based violence and the patriarchal systems which normalise it.

We asked a few of the womxn within the movement to  express the importance of taking to the streets, and the #TheTotalShutdown :

“As a member of Equal Education and broader society, I stand in solidarity with and am supportive of the womxn’s march and #TheTotalShutdown because we are part of a society and we live in communities where gender-based violence and femicide are rife and unfortunately normalised. As a movement we organise in communities that are plagued by gender-based violence, it is therefore imperative for us to support this womxn’s march and total shutdown.” – Chulumanco-Mihlali Nkasela, EE Western Cape

“I think it’s a good idea to support the womxn’s march and #TheTotalShutdown because it means as social movements our actions and inactions inform our collective approach to the promotion of social justice, particularly as it pertains to the support of womxn, especially those who face challenges of gender-based violence on a daily basis. Standing in solidarity with them and marching together means we are not just doing what matters or what speaks to us as members of Equal Education, but rather that we feel the pain and the importance of supporting other sister organisations.” – Nosipho Tom, EE Eastern Cape

“The reason why I am supporting #TheTotalShutdown is because the issue of gender-based violence affects every womxn in our society. We are supporting the march to be the collective voice of the womxn who have been silenced and who are fearful of exposing their perpetrators. Supporting this initiative as members of EE is significant, as some members, their mothers, sisters and daughters are survivors of abuse and standing together as womxn helps to build solidarity in our communities (isandla sihlamba esinye).  This march is effective for our movement since we are a social movement that works with different communities in fighting all sorts of inequalities.” – Anelisa Kwana, EE Eastern Cape

“As womxn we are marginalised within our societies, we need to support #TheTotalShutdown to show the world that womxn are integral and irreplaceable members of society. Patriarchy is the real reason our society favours men over womxn. We are saying this is enough and we are standing our ground. Equal Education stands in solidarity with the march and supports it because we fight for equality and if there is a group that is marginalised because of their identity, it means we need to stand with them. EE has womxn members that are in the organisation that need the support from their male counterparts on the day of #TheTotalShutdown who will take up our duties and support us.” – Asisipho Mvana, EE Western Cape

“EE’s mission clearly stipulates that “..the movement is part of a broader democratic struggle for a free and equal society..” Womxn are not free and not even close to being equal to men. We continue to treat them like their contribution is not significant, I’m hoping that this shutdown will demonstrate to greater society that life generally would not function without women being there.” – Itumeleng Mothlabane, EE Eastern Cape

EE centres its politics on intersectionality and strongly advocates for the liberation of womxn, children and gender non-conforming/non-binary individuals. We recognise that gender-based violence is a social epidemic that impacts the lives of a wide array of individuals with different intersectional identities.  It is also representative of the dire effects of the deep inequalities that exist in South Africa. The liberation of the black child, is the liberation of womxn, the girl learner, of queer community members, and of our communities as a whole.

ISSUED BY: Womxn organisers of Equal Education across all of our provinces. Namely: