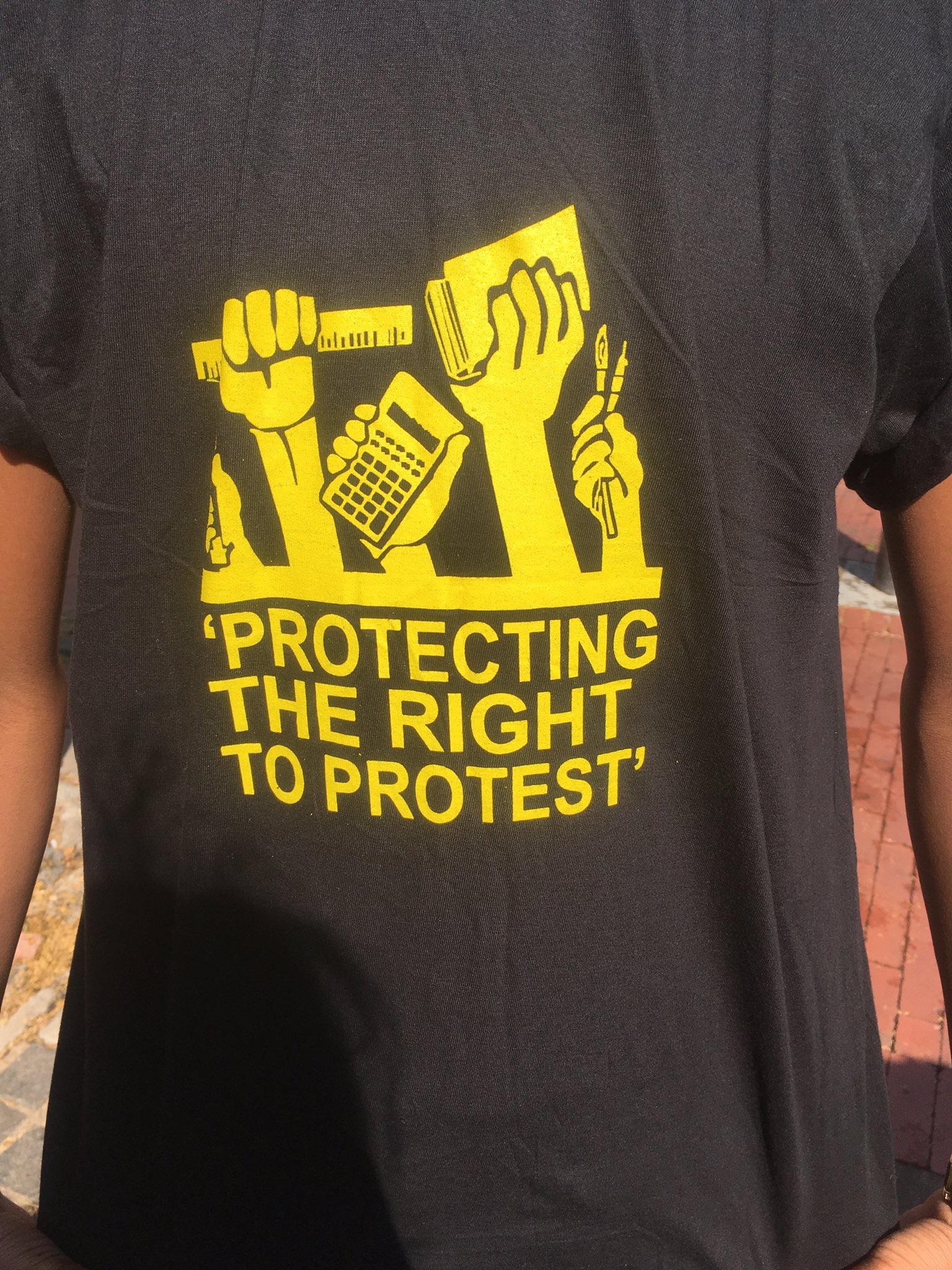 Tomorrow, Tuesday 21 August the landmark SJC10 case, a challenge to the criminalisation of protest enshrined in the Regulation of Gatherings Act (RGA), will be heard in the Constitutional Court.

Section 12(1)(a) of the RGA makes it a crime to convene a gathering without notice if more than 15 people attend. The number of participants at the Social Justice Coalition (SJC) protest outside the Cape Town Civic Centre in 2013 exceeded 15. The planned act of civil disobedience came after two years of unsuccessful attempts to meaningfully engage with the City of Cape Town over sanitation issues in Khayelitsha. Ten activists, the convenors of the gathering, were criminally charged under section 12(1)(a) of the RGA for convening an illegal gathering for failing to provide notice. The SJC10 still have criminal records.

One of the 10 activists charged, Nolulama Jara, tragically passed away in 2015 with a criminal record. She remains on the appeal.

On 24 January 2018 the Western Cape High Court overturned the SJC10’s criminal convictions and declared section 12(1)(a) of the RGA unconstitutional because it limits and criminalises peaceful protest. Judge Ndita’s judgment stated:

“The criminalisation of a gathering of more than 15 on the basis that no notice was given violates s 17 of the Constitution as it deters people from exercising their fundamental right to assemble peacefully unarmed…the limitation is not reasonable and justifiable in an open and democratic society, based on the values of freedom, dignity and equality…Section 12 (1) (a) of the RGA is hereby declared unconstitutional”.

The Minister of Police has appealed the High Court judgment to the Constitutional Court. We are deeply concerned that the Minister  has chosen to support the currently severe limitation on Section 17 of the Constitution, the right to freedom of assembly.

Criminalisation is the most extreme form of limitation that can be put on our rights. As it currently stands, the criminalisation of not providing notice for a gathering of over 15 people results in the criminalisation of peaceful and unarmed protest. This is an unjustifiable limitation on our right to freedom of assembly. Criminalisation is a disproportionate sanction for failing to provide notice for a gathering and is therefore a severe restriction on the right to protest. Less restrictive means are available to achieve the same results. We therefore ask the Court to declare section 12(1)(a) of the RGA unconstitutional and invalid and acquit the SJC10.

Equal Education (EE) and the Right2Know Campaign (R2K) are supporting the applicants as amici curiae (friends of the court). For EE members, school-going learners,  section 12 (1) (a) infringes their right to protest thus imperilling one of the few platforms through which children may mobilise for their own causes (like education) and make their voices heard. The nature and extent of the limitation by criminalisation for the mere failure to provide notice of a protest is onerous and severe, particularly for children. It is inconsistent with the best interests of children. R2K, on behalf of the Right2Protest coalition, supports the applicants’ relief sought as criminalisation of peaceful protest is inconsistent with international standards.

R2K and EE members will picket outside the Constitutional Court on Tuesday 21 August from 9am, ahead of the hearing which starts at 10am. The hearing will be livestreamed on the Social Justice Coalition’s Facebook page: https://www.facebook.com/sjcoalition/ .