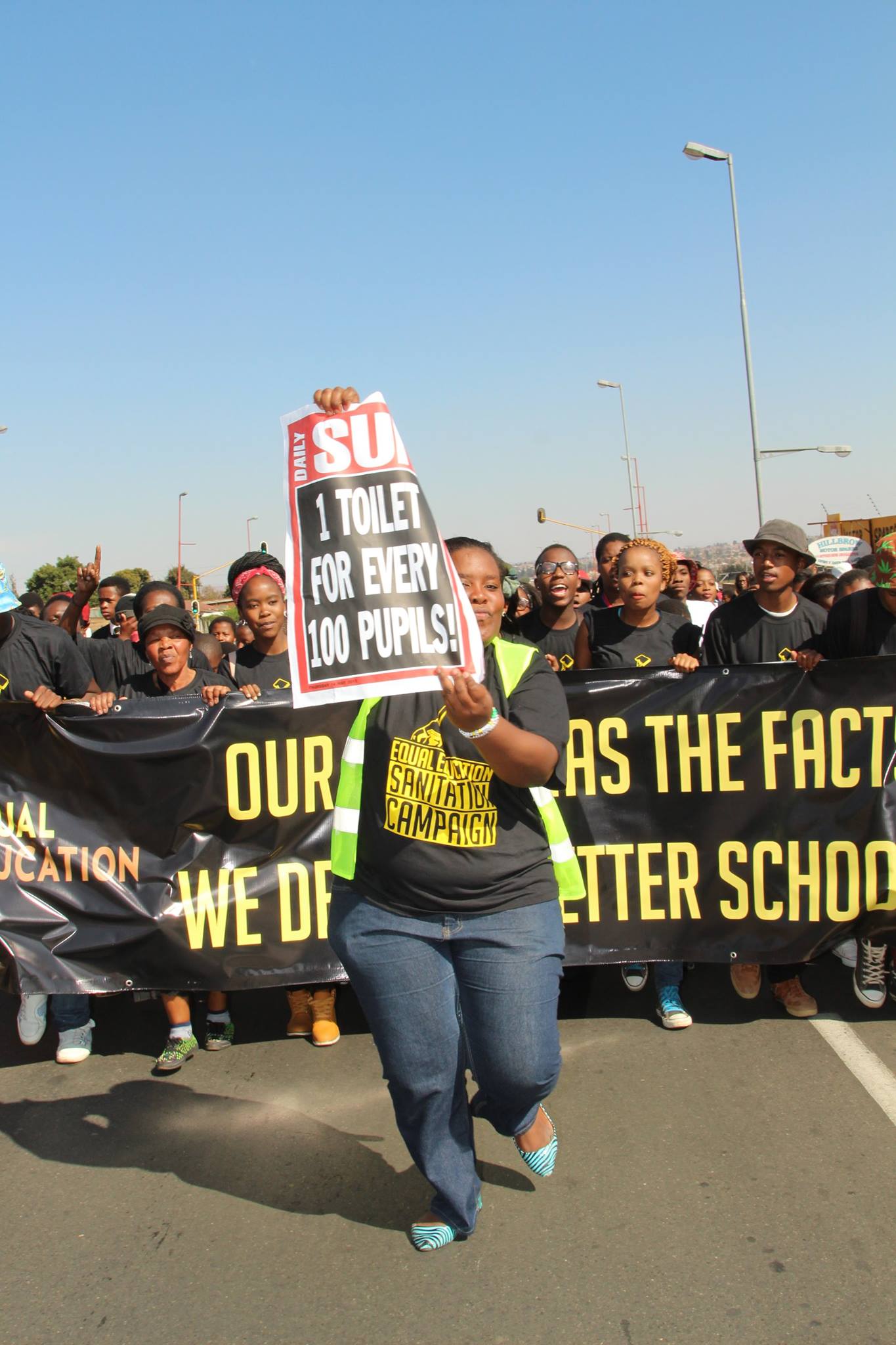 This morning, Equal Education Gauteng post-school youth members and staff who are attending the #WorldToiletDay Flush Forum, will be picketing while Basic Education Minister Angie Motshekga delivers her address.

Equal Education is supportive of cross sectoral gatherings aimed at plotting concrete action to end the toilet crisis in South Africa’s schools. Our protest is directed at Minister Motshekga’s stubborn refusal to comply with the Norms and Standards for School Infrastructure. There can be no end to undignified and unsafe toilets without compliance with this law, that Minister Motshekga herself signed into existence in 2013.

Most recently, Minister Motshekga’s disregard for the Norms and Standards for School Infrastructure is evident in the disastrous “plan” to fix Limpopo school toilets, that she and Limpopo Education MEC Ishmael Kgetjepe drafted as ordered by the Polokwane High Court, in the Komape Court Case. In the “plan” Motshekga and Kgetjepe say that it is only possible to begin to fix Limpopo school toilets in 2026, a decade after the Norms and Standards for School Infrastructure stipulates that plain pit latrines ought to have been eradicated! The “plan” makes no attempt to create emergency interim measures, such as cordoning off dangerous spaces, or providing portable toilets. Our response to the “plan”, filed with the High Court, can be found here.

Earlier this month, the Constitutional Court dismissed Minister Motshekga’s application for leave to appeal against our school infrastructure judgment victory – as news reports revealed that a 5-year-old survived a near drowning in a pit latrine at Daligongo Primary in the Eastern Cape. Minister Motshekga and the nine Education MECs were not only appealing the escape clause aspect of the judgment, but also fighting against having to make school infrastructure plans and progress reports publicly available within a reasonable time.

Today we demand an end to Minister Motshekga’s unfathomable and inexcusable refusal to recognise the criticalness of the Norms and Standards for School Infrastructure in realising dignified and safe school toilets for children from poor and working class communities. Talk is cheap.