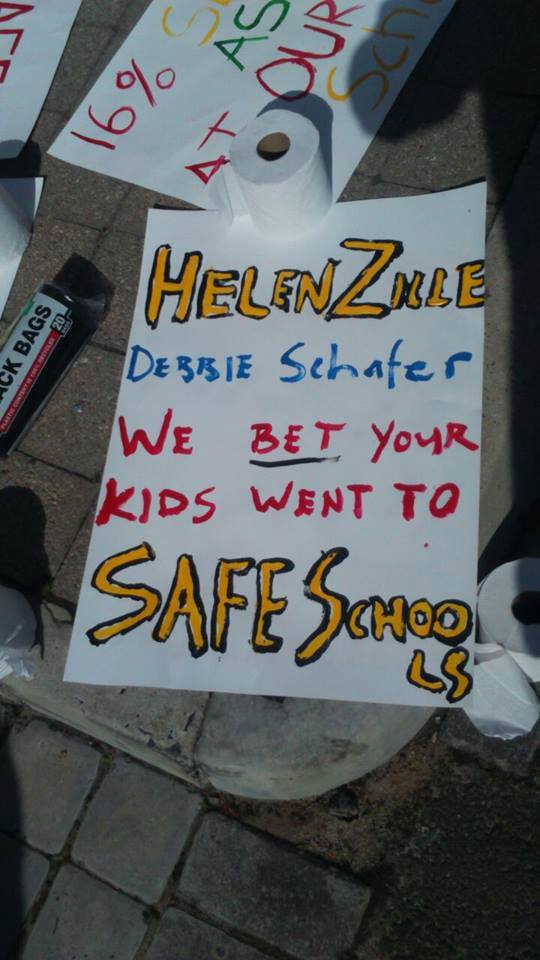 Tonight, Equal Education (EE) Western Cape members and staff will hold an all-night vigil outside Parliament to remind government of their responsibility to all learners across South Africa, in terms of the Norms and Standards for School Infrastructure.

Earlier this month, the Constitutional Court rightfully dismissed government’s application to appeal our Bhisho High Court victory in our #FixTheNorms case. Our vigil, directed at the DBE, is to highlight the far-reaching consequences of failing to meet the 2020 Norms and Standards deadline (particularly pertaining to school safety), and to make South Africa’s learners, teachers and school communities aware that Minister Motshekga owes them updated school infrastructure reports for each province!

Tomorrow is the fifth anniversary of the Norms and Standards law, that Basic Education Minister Angie Motshekga signed into existence, and has failed to comply with since!

Tomorrow morning, Equalisers (high school-going members of EE) will hand over a memorandum addressed to Minister Motshekga, and the Chairperson of the Portfolio Committee on Basic Education Nomalungelo Gina, explaining the implications of failing to comply with the 2016 deadline, and the 2020 deadline. Poor fencing, and toilets that are not private and secure, leave learners vulnerable to safety threats.

We implore Minister Motshekga to timeously release school infrastructure progress reports and plans to the public. She is supposed to receive these from provinces by 29 November each year. She has resisted releasing these reports – going as far as to appealing to the Constitutional Court (unsuccessfully). The public release of these reports is the duty of government in meeting its mandate of accountability, transparency and service delivery.

Following the handover of our memorandum, we are marching to Western Cape Education MEC Debbie Schafer’s office, to reiterate our call for safe schools and safe communities. Our #SafeSchools campaign began in 2015, when Equalisers undertook a process of identifying major obstacles to quality teaching and learning, and safety emerged as the predominant concern.

In August this year, Equalisers and EE staff members met with MEC Schafer to discuss school safety. While the engagement was productive, we thereafter requested additional information relating to:

While the development of a School Risk Assessment Tool, the Abuse No More Protocol, and the existence of a School Safety Priority Committee are victories for learners and members of the school community in the Western Cape, we have not received the information that we asked for!

Equalisers will be handing over a memorandum addressed to MEC Schafer and the Chairperson of the Standing Committee on Basic Education, Brian Kivedo, urging them to attend to our information requests as a matter of urgency.

We demand safe and secure learning environments, conducive to quality teaching and learning!

8:30am Thursday 29 November (handover of memorandum)