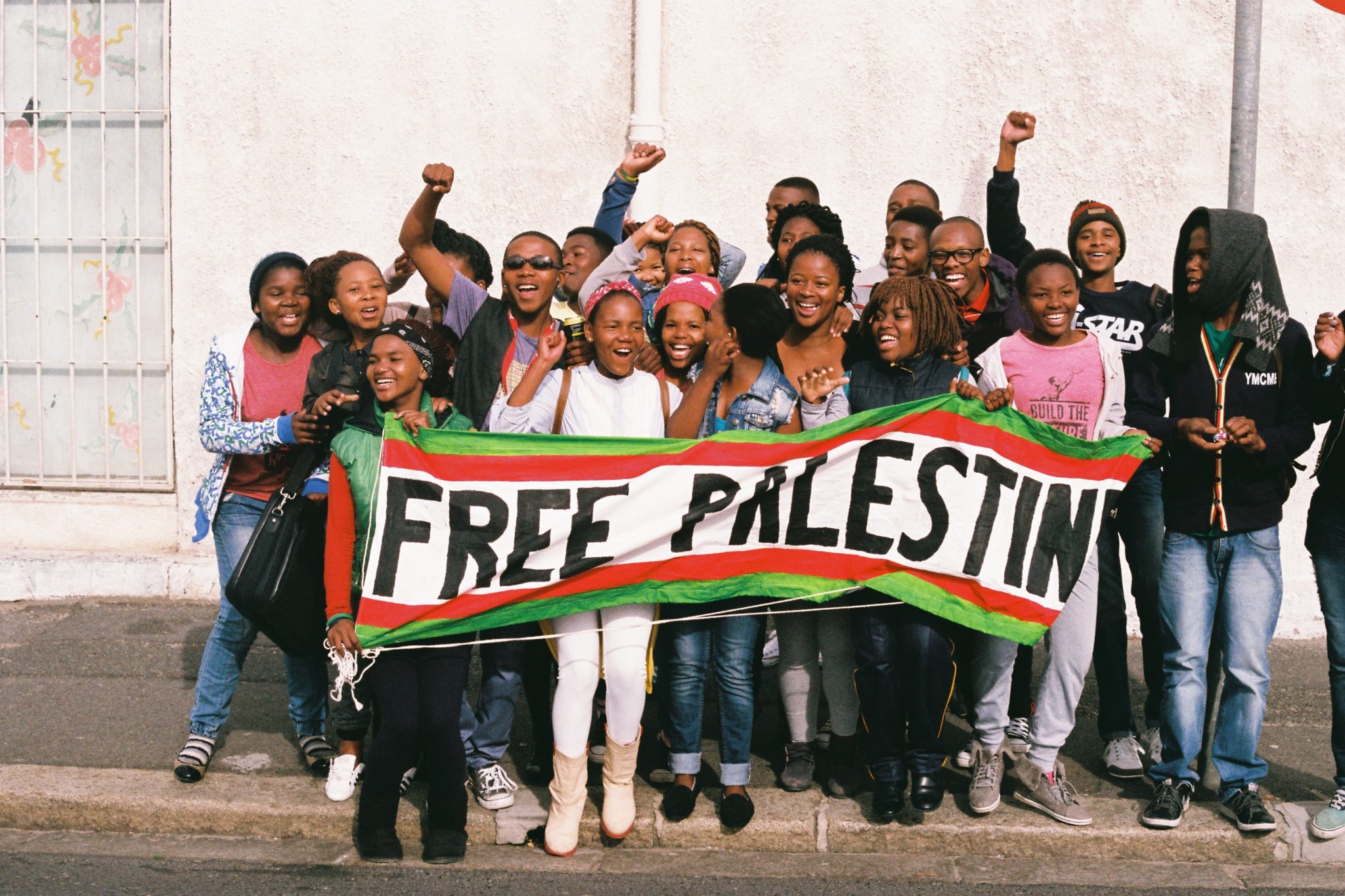 Equal Education (EE) continues to stand in solidarity with the Palestinian people, in particular the youth, the children and women who suffer daily under the oppressive regime imposed by the Israeli apartheid government.

Under article 7(1)(j) of the International Criminal Court (ICC), a government that uses apartheid to govern, is committing a crime against humanity.[1] Yet today, the Israeli apartheid government continues to freely subjugate the Palestinians without any intervention from the ICC. The cold violence and systemic oppression made legal by a set of laws[2], which runs the lives of Palestinians cannot continue to go on. EE thus reaffirms our solidarity with the Palestinians, we also dedicate ourselves to educating our members and communities on the unjust and violent reality Palestinians are constantly living under. We also remain strong in our commitment to forwarding the progressive programmes of the Boycott Divestment and Sanctions (BDS) movement in South Africa.[3] The forced economic isolation that the apartheid government in South Africa experienced in the 1970s was key to the downfall of apartheid.[4] Therefore, in our support of the BDS movement, we do so with the belief that if achieved, it will add to the eradication of the Israeli colonial regime.

Palestinians continue to experience unjust killings[5], systemic removal from their homes[6], destruction of schools, and a constant threat of poverty[7]; all green-lighted by the law.[8] Every year there are new stories on the violence that people of Palestine have to endure, with women and children as the most vulnerable groups.[9]

In addition to the resolutions of Equal Education’s 2015 Congress, on solidarity with international struggles, our 2018 Congress resolved that our movement must show solidarity with the Palestinian struggle for self-determination.

On the horrific lived experiences of Palestinian children both in and out of schools, our 2018 statement also highlighted the following:

Today, 209 children remain in Israeli military jails[15]. And, the state of education in the Occupied Palestine Territories (OPT) is only getting worse. Recently, the United Nations International Children’s Emergency Fund (UNICEF) stated that the military occupation of Palestine, coupled with the bombing of schools stands to negatively affect over 1 million children’s access to education.

Today, we speak out against these injustices, in honour of the resilient spirit of our Comrade and friend, Ahed Tamimi, who with her family visited EE members in 2017, before her arrest.

The violence that rules over the lives of Palestinians creates an even more unbearable situation for women. Due to Israeli occupation in Palestine, the country currently has no specific laws that protect women against domestic violence and sexual violence.[16] Instead, the Penal Code, both in the West Bank and Gaza Strip discourages women to lay rape charges.[17] It asserts that if women fail to prove that there was force or threat to support their rape claims the women will be criminalised for adultery.[18] Hence it is no surprise that a high number of Palestinian women’s lives are shaped by violence with little to no hope for justice.

The experience of Palestinian women[19] :

As an intersectional movement, that is deeply conscious of the different oppressions individuals face depending on what position they hold in society, we want to also explicitly state our support for the women of Palestine. Women suffer triply, first and secondly from the colonial violence of Israel as both Palestinian people and Palestinian women. Again, they suffer under patriarchal Palestinian law as it fails to not only support them against sexual violence, but also seeks to prosecute them should they not prove their claims accordingly.[20]

To the ANC-led government

As noted earlier, the ending of the apartheid regime in South Africa did not happen in isolation, rather international boycott of South African goods was key to enabling this.[21] Therefore, we support moves by the ANC-led government to support the international BDS movement against Israel. It is our belief that this will be one of the key tools to bring down the system of apartheid in Israel. However, as a movement of action, we also ask of the ANC-led government to show us what actions they have taken to actually support the BDS movement.[22] We demand to see more robust actions being taken in this regard. It is far too long the Palestinian people have suffered while the world watches.

It is time now for us to act! Aluta continua! Towards the freedom of our brothers and sisters!

[4] “The UN: Partner in the struggle against apartheid.” http://www.un.org.za/about/the-united-nations-partner-in-the-struggle-against-apartheid/

[21] “The UN: Partner in the struggle against apartheid” http://www.un.org.za/about/the-united-nations-partner-in-the-struggle-against-apartheid/.