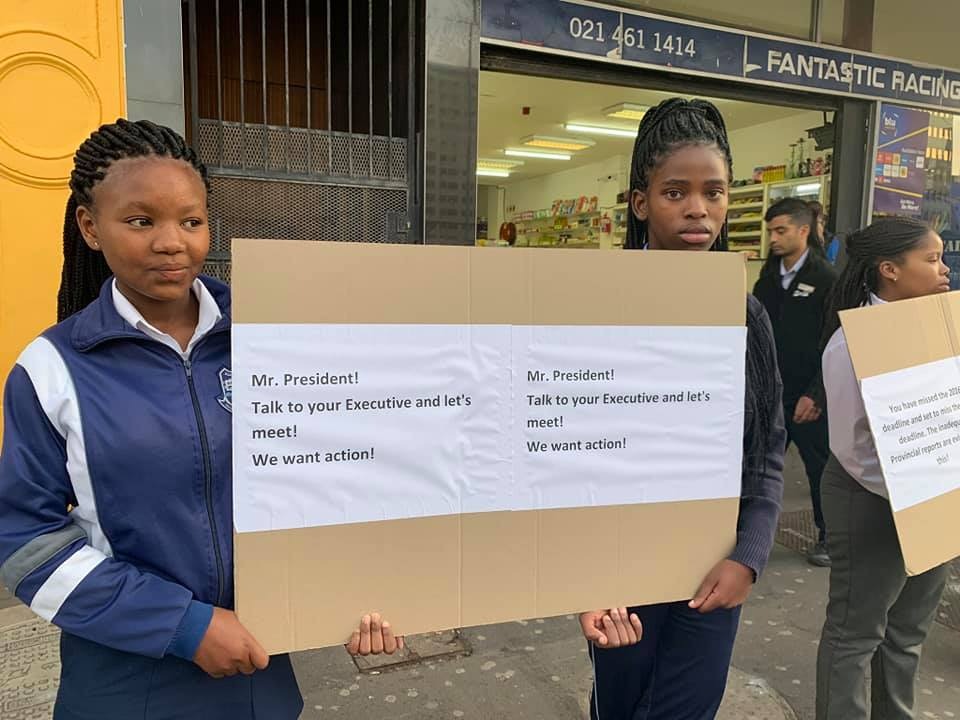 Equal Education (EE) has written a letter to ANC Chief Whip, Pemmy Majodina, to raise our deep concern and disappointment over the ANC Parliamentary caucus’ recent nomination of Zukisa Faku as Chairperson of the Portfolio Committee on Basic Education. The letter calls on the ANC to withdraw this nomination and to initiate the necessary processes to remove Faku as a Member of Parliament (MP).

The letter follows EE’s public call to President Cyril Ramaphosa and the ANC’s Parliamentary caucus to withdraw Faku’s nomination, as well as a demonstration outside Parliament during the President’s State of the Nation Address (SONA) to repeat this call.

The responsibility of the chairperson of this committee is to ensure that the Department of Basic Education (DBE) delivers on its mandate to provide quality education to all learners across the country and spends its allocated funds responsibly.

An individual found guilty and convicted of the misuse of public funds cannot be entrusted to provide this oversight! Ms Faku’s appointment to this position would be an insult to South Africa’s learners and teachers, and would make a mockery of legislative oversight.

At the ANC’s 2019 election manifesto launch, President Ramaphosa stressed that the ruling party would, “…show no tolerance in the fight against corruption and misconduct within the ANC”, and that accountability and consequence management would be implemented. Yet, the party’s parliamentary caucus saw it fit to nominate someone with a history of fraudulent conduct to chair this vital committee.

Faku’s career has been riddled with controversy, from her days as Mayor of Buffalo City Metro. In 2016 Faku was sentenced to three years’ house arrest and community service on nine counts of fraud. The East London Magistrate’s Court held that she had abused her position as Mayor of Buffalo City Municipality in 2010, by misusing a municipal credit card to purchase various luxury items during an overseas trip. Former ANC spokesperson, Zizi Kodwa, publicly stated that Faku would immediately cease being an ANC Member of Parliament (MP) and that she would have to serve her sentence.

Former ANC Chief Whip, Jackson Mthembu also joined the fray, stating that the party agreed and accepted the judgement regarding Faku’s fraudulent conduct. “We agree with the judge in the case that the conduct of comrade Faku… was abusive of her position of trust,” Mthembu said.

Not only does Faku’s nomination contradict the ANC’s own public commitments, it also goes against the standards of ethical behaviour for public representatives as set out in Parliament’s Code of Ethical Conduct and the South African Constitution. Amongst others, MPs must exhibit selflessness, integrity, objectivity, openness and honesty and must place the public interest above their own. Faku has flouted these principles.

As a social movement fighting towards quality and equality in the public education system, we cannot stand by as the ANC appoints someone who, knowingly misused public funds, to head up such a critical committee in the National Assembly.

We call on the ANC to act swiftly on this matter. EE will continue to mobilise until it is resolved. We will not allow education to be captured on our watch!