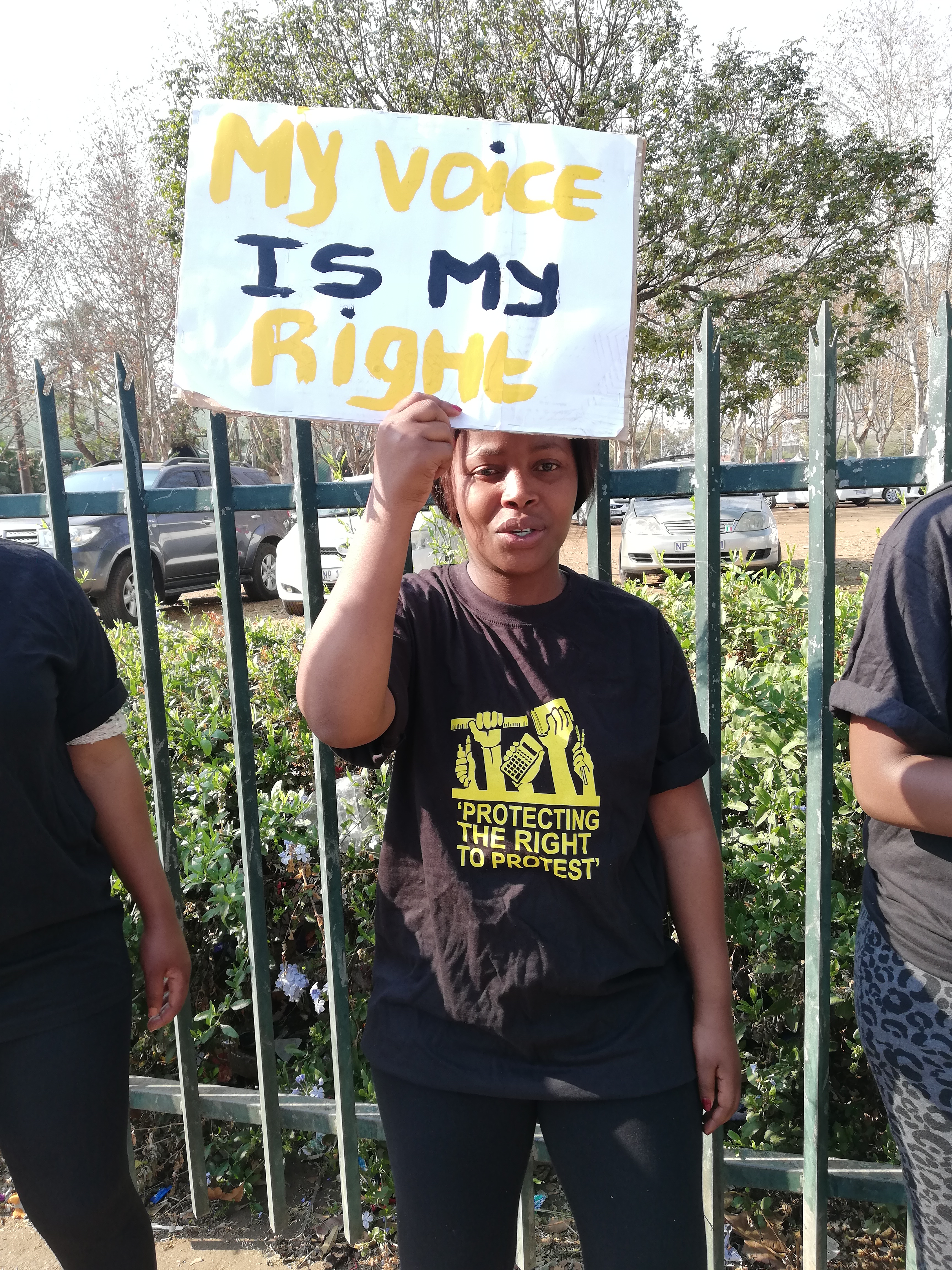 Equal Education media statement: Equal Education in Pietermaritzburg High Court tomorrow asking it to declare that KZN Education Department and SAPS violated the Constitutional right of EE members to protest and that they must publicly apologise #Right2Protest

Tomorrow, Friday 2 August, Equal Education (EE) represented by the Equal Education Law Centre (EELC), will be in the Pietermaritzburg High Court, asking it for an order declaring that the KwaZulu-Natal (KZN) SAPS and KZN Department of Education violated the Constitutional right of EE members to protest on 11 July 2017, and that the KZN Police Commissioner and the KZN Education MEC issue an appropriate public apology for this violation.

We are asking for an apology, as the Constitutional Court has recognised that an apology constitutes a remedy that can restore dignity, and deter government from violating citizens’ rights in future.

At the protest that was unlawfully shut down, we intended to publicly screen a short film, called the Long Walk to School, outside the Pietermaritzburg office of the KZN DoE. The film documents the years of struggle endured by EE members to secure scholar transport.

On that day, having complied with all the formalities in the Gatherings Act, we began to protest peacefully. Despite this we were approached by police officers and the KZN DoE’s head of security, who challenged whether we had “permission” to gather, and eventually ordered our members to disperse.

On questioning the order to disperse, we were told to approach a court should we feel aggrieved, and that if we did not disperse, police officers would make use of teargas – a completely disproportionate response to our peaceful protest. Among the EE members present were Equalisers (school-going members of EE) younger than 18-years-old.

The comments of the Equalisers in the court papers include:

“When other police officials arrived… I got scared and threatened. When there’s angry police in a protest, protestors get shot or beaten up and I was worried that could happen.”

“When police arrive, I should feel safe, but I didn’t because they were angry and threatened me and EE members.”

“I wanted to protest that day to show people that here in KZN, people are suffering. When I saw the police, I felt as if we had no right to say anything… they just chased us away.”

“I feel frustrated that police were called, we all needed to be treated equally. I was angry because I wanted to express my feelings about the transport problem.”

Due to the  flagrant violation of a critical democratic right, EE instructed the EELC to write to SAPS and the KZN DoE about what had happened. In the absence of any meaningful response, EE then decided to approach the court for assistance.

The office of the KZN MEC for Education is opposing the case, alleging that there were defects in our “permit” for the gathering, although by law, there is no requirement for such a “permit”. The MEC’s office also makes the claim that the KZN DoE’s rights were violated by not being invited to the pre-protest meeting organised in terms of the Gatherings Act – but it is the duty of the State to invite all relevant parties to that meeting, and there is nothing in law saying the meeting must include the officials who are the subject of the protest. It would be entirely absurd to punish the organisers of a gathering, who are often marginalised and poor people, for the failure of a certain organ of State to attend the pre-protest meeting. The response of the office of the MEC demonstrates a concerning lack of knowledge regarding the law relating to protests.

The Constitutional Court affirmed the importance of the right to protest for children in a historic ruling last year (in a case in which EE intervened as a friend of the court), when it declared sections of the Gatherings Act invalid. The court stated:

“[i]t must be emphasised that for children, who cannot vote, assembling, demonstrating and picketing are integral to their involvement in the political process. By virtue of their unique station in life the importance of the section 17 right [the right to protest] has special significance for children who have no other realistic means of expressing their frustrations.”.

We cannot allow the trampling of the rights of EE members to organise. For children in poor communities this is one of the only powerful means of expressing a political voice. Though we see litigation largely as a last resort, we hope that after more than a year of waiting for an acknowledgment of wrongdoing, and an apology, that our judiciary will ensure that justice is done for EE as a movement, and for children, activists and communities seeking to organise and protest throughout the country.

Leanne Jansen-ThomasStatement: EE in PMB High Court to get apology from KZN Edu Dept and SAPS for violating Constitutional right of EE members to protest #Right2Protest08.01.2019