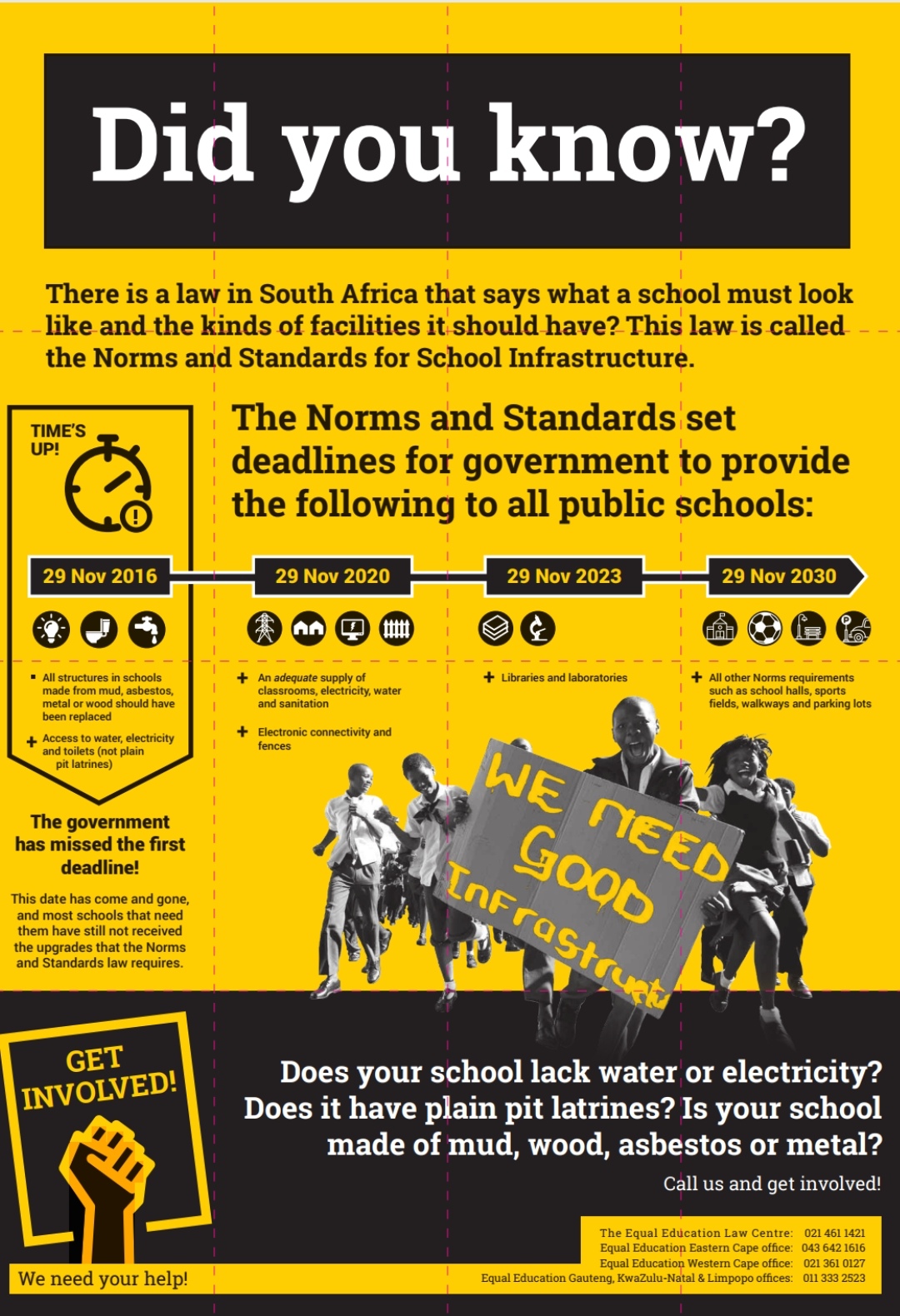 For us to live in a constitutional democracy that is serious about redress and justice, the constitution and the laws which give effect to it must mean something. Laws aimed at fulfilling the Bill of Rights cannot be hollow documents that require nothing more than a good old try from politicians. They must require carefully thought-out budgets, proper timelines, meaningful outcomes, political will, and accountability.

On Thursday the High Court in Bhisho declared that vague and evasive provisions in school infrastructure law, the minimum norms and standards for school infrastructure, are unconstitutional and invalid. The judgment came after members of Equal Education – most of whom are high school pupils – campaigned for years, first for the adoption of the norms in November 2013, and then for its loopholes to be corrected and its time frames adhered to.

After unsuccessful attempts since 2013 to engage Basic Education Minister Angie Motshekga on the concerns and consequences regarding loopholes in the norms, there seemed no other option but to return to court.The court’s ruling is critical. It puts to rest Motshekga’s claim that the legal obligation to fix dangerous and inadequate school infrastructure is limited by difficulties and complexities in intergovernmental co-ordination and resources. The norms had set several time frames for implementation, the first being that by November 19 2016 the minister would address schools without any water, sanitation or electricity supply, as well as schools built from inappropriate structures such as wood, mud, zinc and asbestos. But the norms had also built in an “escape clause”, that the implementation was subject to the co-operation and resources of other government entities responsible for infrastructure.

At the court hearing, Equal Education, represented by the Equal Education Law Centre, argued that the escape clause demonstrated a fundamental misconception of the obligations to provide education and to fix schools.