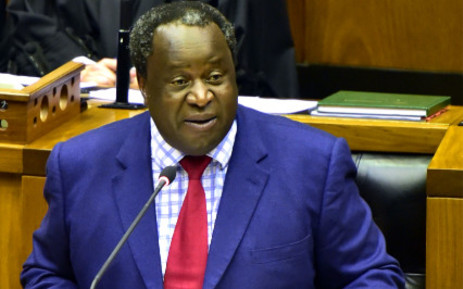 Further cuts to important social priorities are likely to be the order of the day, when Finance Minister Tito Mboweni delivers the first Medium Term Budget Policy Statement (MTBPS) of the sixth administration today. The tabling of the MTBPS is a significant moment in the year as it, amongst others, sets out how departments have spent their budgets within the first six months of the financial year and importantly, outlines any revisions to departmental allocations. This could mean further additions or reductions to existing budgets. The MTBPS also outlines how the State will collect and spend funds over the next three years.

Following the 2018 MTBPS, Equal Education (EE) raised its concerns about an almost stagnating basic education budget, and the implications this would have on thousands of learners across South Africa. We were further alarmed by continued decreases to infrastructure budgets over the medium term.

While EE recognises that government has had to make tough decisions as a result of weak economic growth, increased debt service costs and lower than expected revenue collection, the reality is that dysfunctional state-owned entities continue to ravage desperately needed State funds. It is likely that projections will see further cuts to education spending in this MTBPS, which would be an indictment on the sixth administration so early on in its term.

What are we expecting?

In the current financial year, the basic education sector made up 14.4% of the country’s total budget. It continues to grow, but at an achingly slow pace. When inflation is taken into account, the total basic education budget – that is, provincial and national budgets – grew by 1.2% in 2019/20. When considering only the national Department of Basic Education’s (DBE) budget, the picture is even more bleak.  When taking inflation into account, the DBE’s budget has, in actual fact, been decreasing for the past four years.

During his previous MTBPS, Minister Mboweni maintained that “[a]fter debt-service costs, education is the fastest-growing area of expenditure.” However, a closer look revealed that this was not actually the case. The “Learning and Culture” budget line-item being referred to included basic education, higher education and arts and recreation. When considered on its own, the basic education budget had actually been growing slower than a number of other budget priorities. We expect this trend to continue.

School infrastructure budgets have been under pressure for some time now. Although Minister Mboweni did not announce any further cuts to education infrastructure grants during the 2018 MTBPS ‒ in fact R800 million was re-prioritised towards the provision of  school infrastructure ‒ this did not alleviate the pressure created by the February 2018 announcement that R7 billion would be shaved off the national School Infrastructure Backlogs Grant (SIBG) and the provincial Education Infrastructure Grant (EIG), over three years.

Allocations to the SIBG, which funds national government’s Accelerated School Infrastructure Delivery Initiative (ASIDI), is set to decline between the 2018/19 and 2020/21 financial years. The SIBG’s budget decreases from approximately R1.5 billion in 2018/19, to R1.2 billion in 2019/20 and finally R 969 million in 2020/21. While these cuts might reflect government’s plans to end the programme, it remains to be seen whether the programme will be able to meet set targets within the next two years. Historically, the programme has performed dismally. Initiated in 2011, it was meant to address urgent infrastructure backlogs within three years. Eight years later, it has still not met these targets.

Provincial school infrastructure funds are also set to decrease. In a presentation to Parliament yesterday, the DBE indicated that allocations to almost all provinces will see a decline in the coming financial year, including provinces with major financial backlogs such as the Eastern Cape and Kwazulu-Natal:

As EE asserted in response to the previous MTBPS, these reductions undoubtedly impact government’s ability to deliver desperately needed school infrastructure and address the dire circumstances under which thousands of learners, especially those in rural provinces, are expected to learn.

South Africa’s public education system is fraught with inequalities that result in disparate schooling experiences for learners ‒ favouring those who can afford to pay and access better resourced schools. The education budget is one of the tools the government can use to address these inequalities and ensure that all learners have an equal opportunity to access quality basic education.

At some point government has to be brave enough to ensure that the difficult trade-offs it has to make, prioritise the well-being and rights of the people and children of this country, instead of tolerating mismanagement, irregular and inefficient spending and the looting of the State’s coffers.