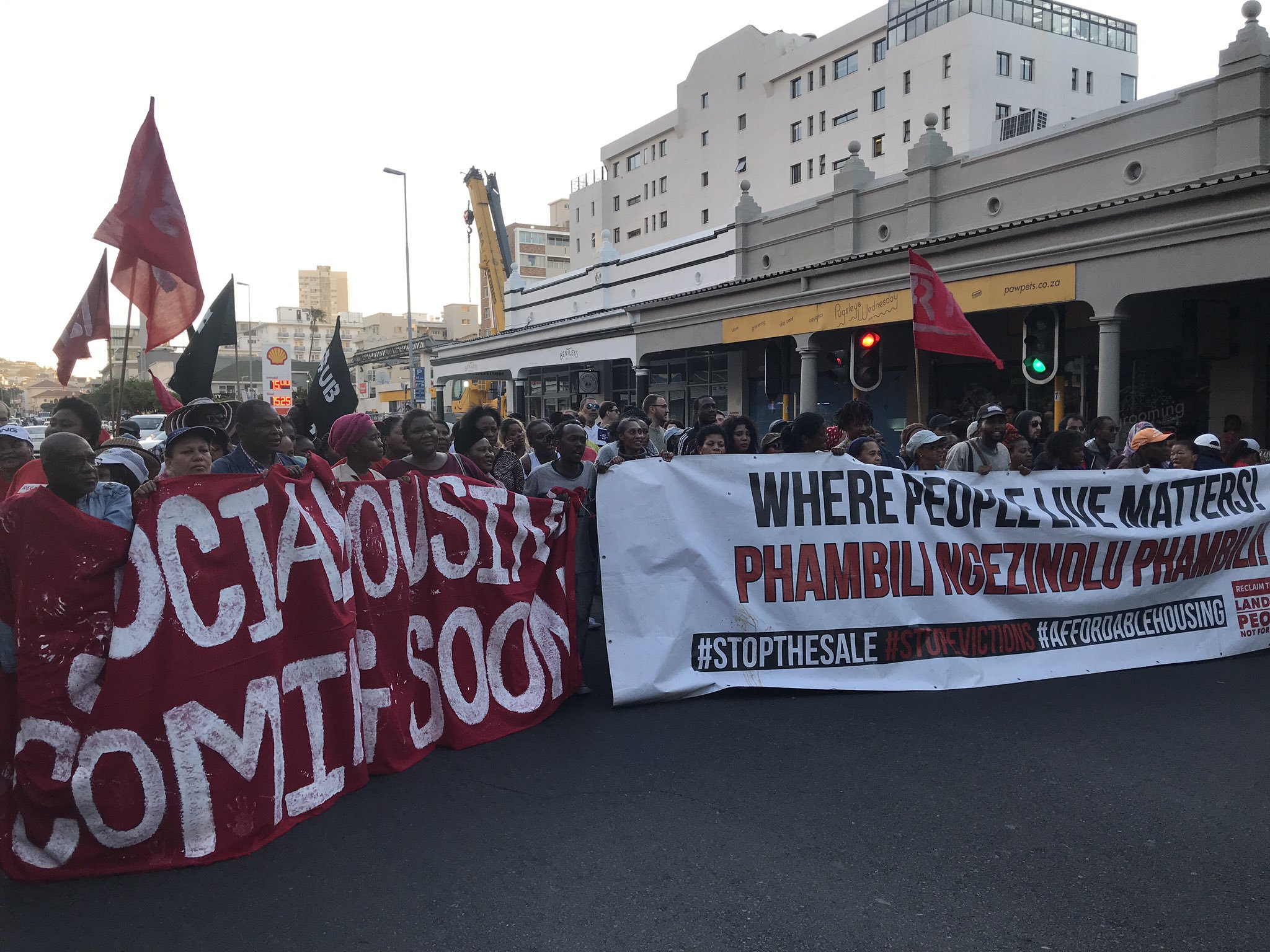 Equal Education (EE) has been admitted as an amicus curiae (friend of the court) in the matter T. Adonisi and Others v Minister of Transport and Public Works and Others, otherwise known as the Tafelberg case.

Hearings began in the Western Cape High Court yesterday and will continue until Thursday. The case was brought forward by Ndifuna Ukwazi on behalf of four individuals – Thozama Adonisi, Phumza Ntutela, Sharone Daniels and Selina La Hane – as well as on behalf of Reclaim the City (RTC) and the trustees of the Ndifuna Ukwazi Trust.

Our submissions are due to be heard in court today.

Since 2010, the Provincial Department of Transport and Public Works and the City of Cape Town have claimed to be committed to making Cape Town a socially inclusive space by encouraging the expansion of mixed use, mixed income opportunities and developments, including affordable housing for poor and working-class households.

The Tafelberg Property in Sea Point is owned by the Western Cape Government and was initially identified as a site that could be used to facilitate  transformation in Cape Town’s inner city. Despite this, the Department of Transport and Public Works designated it as surplus and decided to sell the land.

In 2014, EE together with Ndifuna Ukwazi and the Social Justice Coalition made a joint submission to the Provincial Minister of Transport and Public Works objecting to the release of the Tafelberg property (together with various other sites) for sale to private entities. This submission detailed the need for mixed income housing.

Despite objection, in June 2015 investors were invited to submit offers to purchase the Tafelberg property. The successful bid for the purchase of the property was made by the Phyllis Jowell Jewish Day School (PJJDS) which is a private primary school currently housed in Camps Bay, for an amount of R135 million.

In light of the above, Ndifuna Ukwazi has approached the court challenging various decisions relating to the sale of the Tafelberg property.

EE has made submissions on the impact that the failures to redress spatial apartheid in central Cape Town has on poor and predominantly black learners’ access to basic education. We highlight how the failure to ensure access to affordable housing in central Cape Town has a detrimental impact on these learners’ access to, and enjoyment of, the right to basic education.

In support of these submissions, EE has submitted affidavits from two experts, namely Dr Barbara Holtmann and Prof. Aslam Fataar. Dr Holtmann is a consultant and advisor in the field of community safety and community development. Prof. Fataar is a Professor in the Department of Education Policy Studies, and former Vice Dean of Research in the Faculty of Education at Stellenbosch University.

In gathering information around how apartheid spatial geographies impact learners, EE and the Equal Education Law Centre (EELC) conducted numerous interviews with Equalisers (high school going members of EE) who, in order to access quality education, are forced to travel long distances to school and back home every day.

High school learners from four schools, as well as principals from two schools, in central Cape Town  were interviewed regarding the effects of travelling on learners’ social and educational well-being, as well as the effects that the removal of learners from their home communities has on the learners and their families.

A Grade 8 learner reported that she does not feel safe getting to school each day: “I used to feel safe but I don’t feel safe because I was robbed of money on my way to school…”, a Grade 11 learner echoed this by stating “…sometimes when I get home it’s dark and I am alone. So I am seen as an easy target.”

When speaking of what effects attending a school outside of their communities has on their friendships a Grade 9 learner stated that the distance between home and school “affects our friendship because we can’t communicate about school work and help one another about homework”.

A school principal was quoted as saying: “It certainly plays an effect on school attendance. There is also a negative effect on discipline and communication with parents. We struggle to contact parents. These learners are also tired at school and cannot be forced to participate in extra murals as it is difficult and unsafe for learners to travel late.”

Leanne Jansen-ThomasSTATEMENT: Equal Education admitted as amicus curiae in the Tafelberg case, to draw attention to interrelated rights to housing and basic education11.26.2019