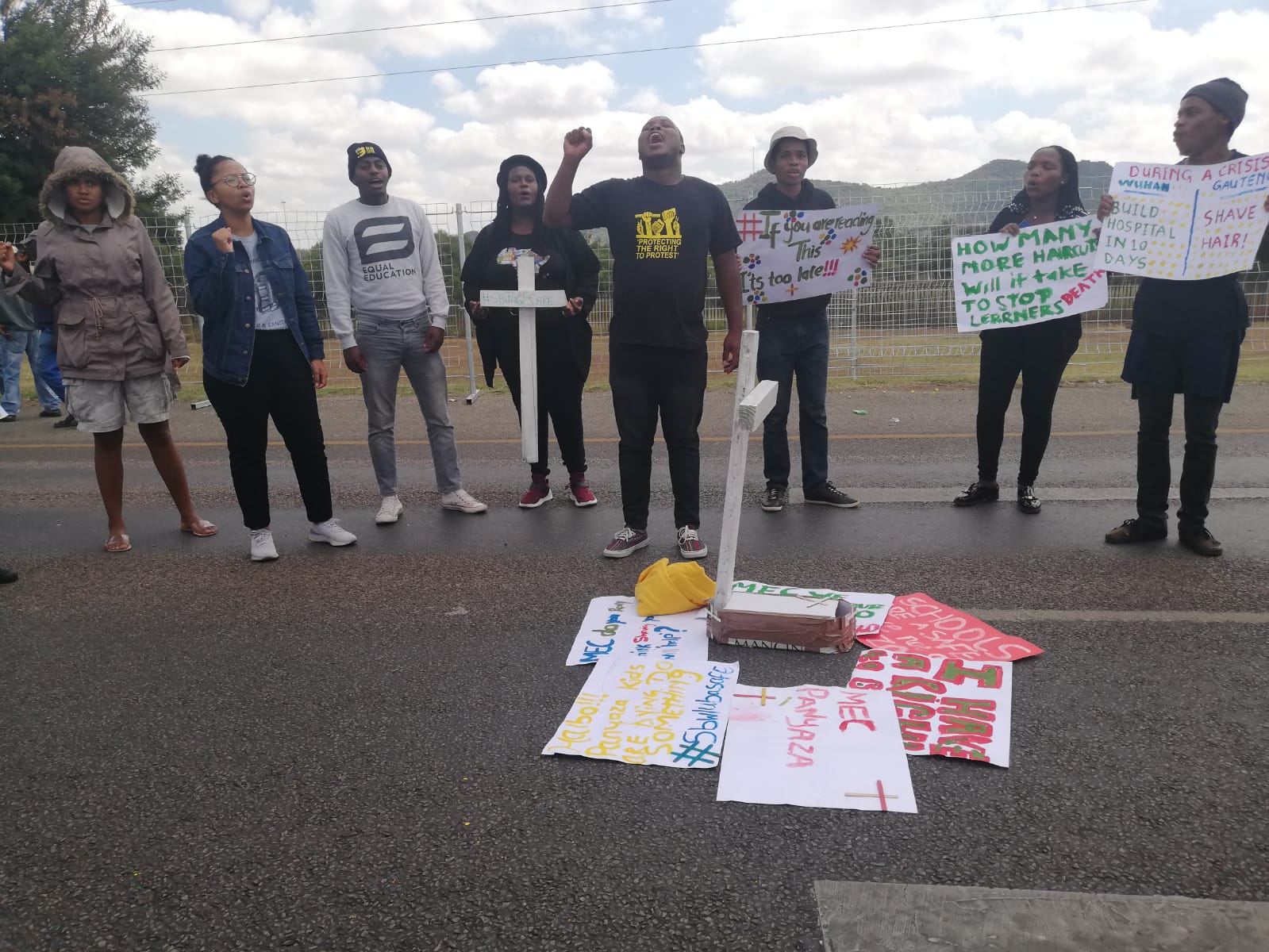 Today, Tuesday 25 February, Equal Education (EE) members will be picketing at the Gauteng State of the Province Address (SOPA). EE members are asking that Gauteng Premier David Makhura urgently intervene, in addressing the high number of learner deaths in Gauteng schools. We demand that school safety is recognised as a provincial priority.

Since the start of this year, it has been reported that at least eight Gauteng learners have died while at school, on the way from school, or while participating in a school activity.  The deaths of these learners cannot be reduced to a ”bad spell” as Gauteng Education MEC Panyaza Lesufi has stated in the media – the root of some of these cases are well-known and long standing challenges faced by our schools.

For over five years, EE has fought for safety within schools and surrounding communities, specifically in the Western Cape province. However, over the last two years, there has been renewed public attention on the levels of violence – including bullying and assault – in Gauteng’s schools. In his 2019 budget vote speech, Lesufi admitted that: “Although there are experts that say violence has always existed in schools, many are concerned about the increased number of violent acts taking place there. Some even argue violence in certain areas has reached epidemic proportions…”

But the Gauteng Department of Education’s (GDE) response to this has been haphazard and confusing. For instance, Lesufi’s budget vote speech failed to articulate a long-term plan or policy or concrete safety interventions beyond collaborating with other departments.

We are aware of a 2010 GDE School Safety and Security Strategy, which is cited in the GDE’s 2018/19 Annual Report, as a document that informs the GDE’s strategy in addressing “challenges of substance abuse, bullying, violence, gangsterism…[and] lack of discipline.” But, in a media  interview last year, Lesufi referred to a four-point plan to curb violence in schools. It is not clear whether this plan is not informed by or related to the GDE’s School Safety and Security Strategy.

Over the past few weeks Lesufi has attended a number of memorial services for learners. While we appreciate Lesufi’s concern for the safety of learners and their access to quality education, it is necessary to articulate a proactive safety strategy that goes beyond ad-hoc responses to tragic incidents.

Professional and accessible psychosocial support is crucial to address the underlying reasons that contribute to violence between learners and other members of the school community. Our teachers must be trained and supported to identify behavioural challenges among learners early on, and the GDE must ensure that adequate systems exist to facilitate the referral of learners to a trained psychologist or social worker where needed.

The GDE needs to clearly and effectively communicate its long term strategy to address violence within schools and surrounding communities. This strategy must outline the responsibilities of various stakeholders, including the departments of education, community safety, health, social development and the South African Police Services (SAPS).

While infrastructure on its own will not solve the issue of school violence, all schools – especially those that experience high levels of violence – must be equipped with the necessary school infrastructure, including safe and secure fences, alarm systems and CCTV cameras. In terms of the Regulations Relating to Minimum Norms and Standards for Public School Infrastructure, the GDE has a legal obligation to ensure that schools are equipped with these by November 2020.

We cannot diminish these tragic events to a “bad spell” when we know there is a systemic problem that impacts the daily experience of many learners in Gauteng. While the 2020 SOPAs are likely to include pronouncements about the Fourth Industrial Revolution and government’s lofty plans to introduce coding and robotics, learners continue to suffer when the government cannot get the basics right – such as ensuring their safety. Instead of continuing to abdicate his responsibility by suggesting that the deaths of learners this year are an anomaly, Lesufi must produce proactive plans to protect learners while they are in school, participating in school activities, and on their way to school.

We urge Lesufi to refrain from stunts such as shaving his head in response to the safety crisis. We have written to him to raise our grave concern and to urge him to make public a coherent school safety strategy and plan.