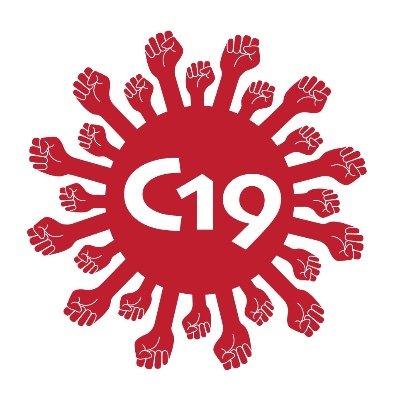 The Anti-Repression Working Group of the C19 People’s Coalition has written to President Cyril Ramaphosa and the National Command Council about alarming incidences of State violence and unlawful mass evictions of vulnerable people in South Africa.

The President has called for all organs of State and all people within South Africa to “at all times”, “observe the human rights of all people”. The Declaration of a State of Disaster, and all the Regulations that followed have been implemented in the name of combating the spread of COVID-19 and saving lives. It does not give municipalities and security forces licence to use this disaster as an opportunity to exert power over the powerless.

Our letter to the Presidency addresses four main trends that have emerged since the Declaration of a State of Disaster:

1.      Evictions taking place across the country, despite the moratorium on evictions during lockdown;

2.      The Strandfontein camp for homeless communities set up by the City of Cape Town, which has been described as a concentration camp – violating the rights of occupants to safety and security, health, dignity and privacy;

3.      The removal and relocation of refugee communities to camps similar to that at Strandfontein; and

4.      Instances of State violence throughout the country – including security forces firing on communities without provocation, meting out beatings, and making unlawful arrests.

These trends are all interlinked, demonstrating, at best, a misconception by municipalities and by Minister of Police Bheki Cele of their role and duty in the prevention of COVID-19.

We, as a civil society, consequently demand that the Presidency take action immediately to stop these human rights violations, by:

1.      Directing the Minister of Cooperative Governance, Nkosazana Dlamini-Zuma, and the Minister of Justice, Ronald Lamola, to notify all local governments – particularly the City of Cape Town and eThekwini municipality – of the Directions relating to the halting of evictions, including those carried out under the guise of “land invasion” and “de-densification”. If unsuccessful in obtaining compliance, Minister Dlamini-Zuma or Minister Lamola must call for a Ministers and Members of Executive Councils (MINMEC) meeting to resolve the matter.

2.      Directing Minister Cele to order police officials and other security services, both private and public, to cease from using unnecessary force in order to enforce the lockdown, or indeed any other law or regulation.

3.      The last two weeks of the national lockdown have demonstrated that there is an urgent need for oversight, to ensure that abuses are stopped, addressed and prevented – an ombudsperson that will investigate all complaints of brutality, violence and corruption. We therefore call for the appointment of an independent retired Judge with a record in human rights work to oversee the implementation of the security services of the Disaster Regulations and the actions of State organs in respect of COVID-19.

Leanne Jansen-ThomasStatement: Letter to the Presidency about increasing instances of evictions and State violence04.14.2020