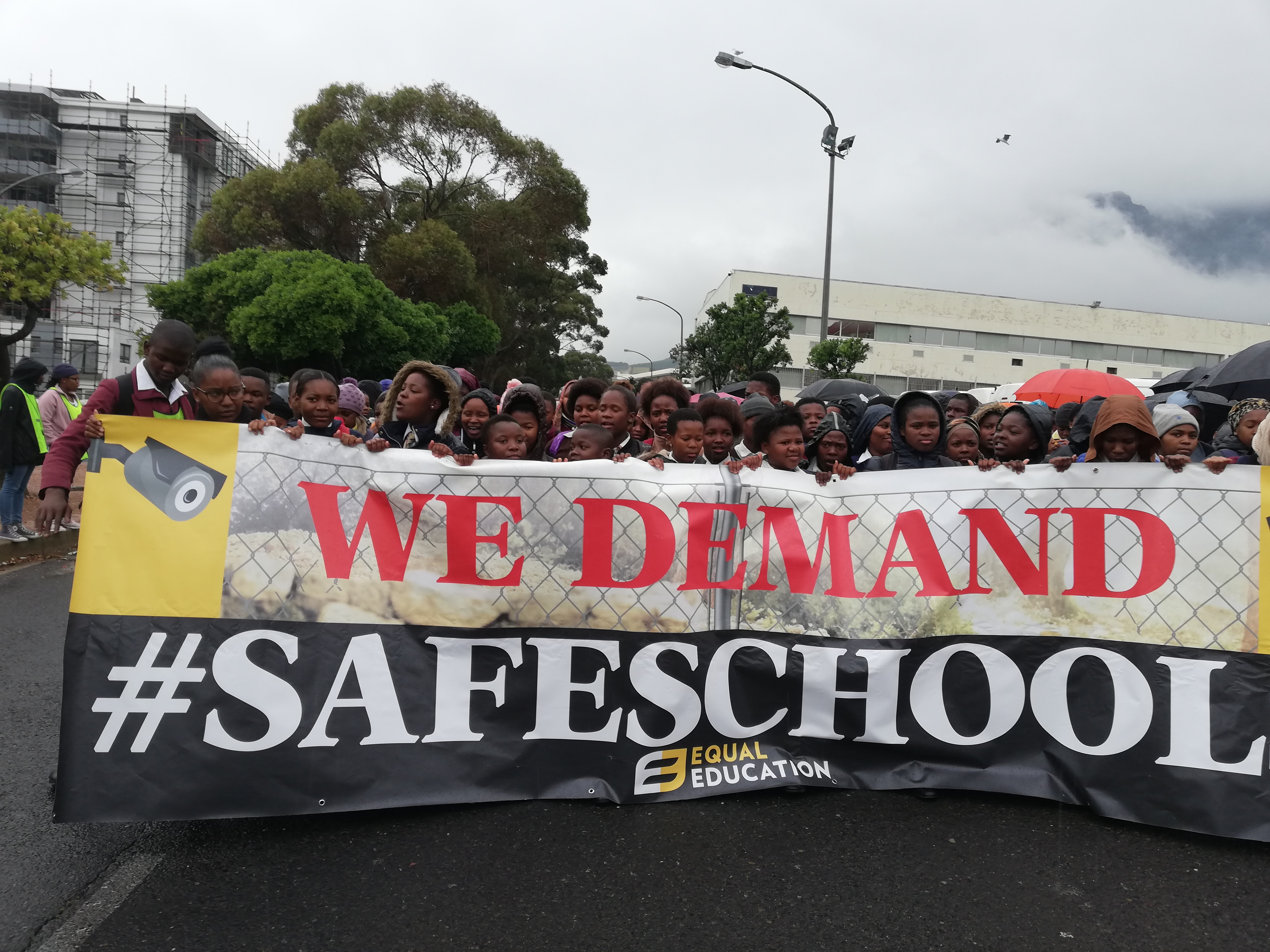 Since President Cyril Ramaphosa announced a national lockdown late last month, in an attempt to curb the spread of Covid-19, it has been reported by Basic Education Minister Angie Motshekga that 183 schools have been vandalised across the country. In Gauteng alone, at least 55 schools have been burgled, vandalised or burnt down. The destruction of our schools robs our communities of resources and disrupts teaching and learning even further.

Equal Equal (EE) supports the efforts of provincial education departments, the Department of Basic Education (DBE) and law enforcement agencies in keeping our schools and our school communities safe.

The destruction of school infrastructure and theft of critical resources such as computers and school furniture is tragic. Our members and our communities have fought and continue to fight tooth and nail  to ensure that our schools have safe and adequate infrastructure. As it stands, a province such as KwaZulu-Natal, which has seen a school razed to the ground is behind with meeting its obligations under the Minimum Norms and Standards for Public School Infrastructure. The consequences for teachers and learners cannot be overstated.

As a movement that agitates for improved infrastructure conditions in township and rural schools, we are acutely aware of the blow this will be for struggles of poor and working class learners.

“By the time we go back, we won’t have schools and resources, so these criminals must be incarcerated. The punishment given to them must  be an example for those who are willing to burn and vandalize our schools because they are violating many rights to basic education. The very same defence force  [SANDF] that is galvanizing the streets must go and protect those schools that are not yet vandalized, because they are doing nothing significant – they are killing, harassing, [and] violating our peoples rights.”

“I think it’s bad enough that learners have to wait for yet another period until they get to learn again. Home studying is proving to be getting harder by the day.  Matriculants are already under so much pressure, and I feel pity for those who are in those schools that were vandalized. Their studies will literally be impacted by this action in a bad way.”

“I think it will have a bad impact affecting learning and teaching in those schools. Because as we all know, government when it comes to service delivery, they sure do know how to take their time. And to be honest I am not sure how to feel about this whole thing because I just don’t understand why people would vandalise schools, but I feel for all those learners who are affected.”

The burglary and vandalism of schools is a common occurrence over the school holidays, signalling ongoing and unacceptable security gaps at our schools. We reiterate our call: All schools must be equipped with perimeter security including fencing, burglar proofing and security systems – as a deterrent, and as required by the Minimum Uniform Norms and Standards for Public School Infrastructure.

We are deeply concerned that these acts of vandalism and burglary are driven by increasing hunger, desperation, isolation, and anger. Government must expand and bolster social protection measures, and do so fast.