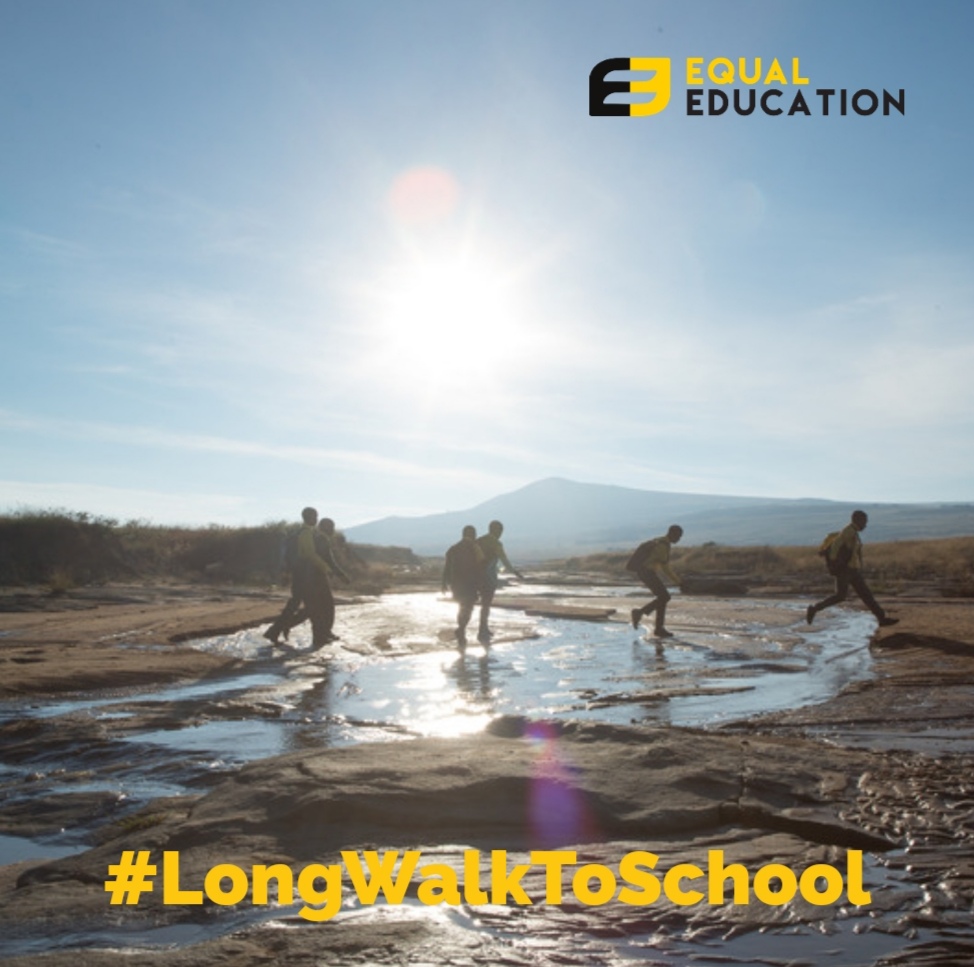 Our relentless campaign for scholar transport since 2014, and our legal challenge in the Pietermaritzburg High Court, has succeeded in getting the KwaZulu-Natal Department of Education (KZN DoE) to release a draft scholar transport policy, for public comment.

It is as a result of the determination of Equal Education (EE) members that the KZN DoE has finally applied itself to the development of a policy to address the need for safe, reliable, government-subsidised scholar transport across the province. A provincial policy is crucial to clarifying the responsibilities of the departments of education and transport to enable rigorous planning, including data collection and budgeting and ensure implementation.

“Well this is a victory indeed. After this whole period of time our struggle has produced really good news. This isn’t only for Equal Education but for all those learners who struggle each and every day. It was high time the government took its duties seriously. This shows that there’s progress and I’m grateful for that. These are the results of all that sweat and hard work. Being involved in something with such victory has boosted our capabilities. Amandla!”

“After everything that we’ve been through, to make sure that the KZN DoE finally sees the importance of publishing a Scholar Transport Policy that will benefit thousands of learners in KZN, our voices are finally heard. I’m so excited that the policy is finally released. It means that the next generations will not struggle like we did when it comes to transport. Amandla Cadres!”

“This is the best news ever since we have been working hard on this campaign meaning that  EE is still going to achieve more and all our hard work is recognised. Other members (of EE) are also going to rejoice and also other people in communities, and the government sector will take us seriously.

We had to go to court several times in order for policy to be published, and the other thing is that even though transport was provided to some schools (that Equal Education fought alongside) there was the issue of overcrowding and some Equalisers who worked hard to achieve this did not get access to the buses.

Siphilisa Isizwe, represented by Section27, supported our case as amicus curiae (a friend of the court), detailing the importance for the provincial policy to ensure adequate planning and provision of scholar transport for learners with disabilities.

All learners around the country who walk long and dangerous routes to school must – as a component of their rights to education, safety, dignity and equality – be provided with government-subsidised scholar transport.

Today we add the release of the draft scholar transport policy to the hard-won victories that we have already secured over the course of our #LongWalkToSchool campaign. Those victories include:

These collective victories are an affirmation of the power of EE members, and of parents and teachers, to force systemic improvements in the South African public education system.

We are currently scrutinising and deliberating on the contents of the policy, together with our attorneys at the Equal Education Law Centre (EELC), before providing any media comment on the quality of the policy.

The order of the Pietermaritzburg High Court stipulated that the policy must be published for public comment – which the KZN DoE has abided by. The KZN DoE has given the public 30 days to submit comments, however, we will be requesting an extension of the deadline. Given the exceptionally difficult circumstances we are currently facing as a country (national lockdown), it is important that the public is provided sufficient time and opportunity to make their voice heard.  We hope that the KZN DoE will respond positively.