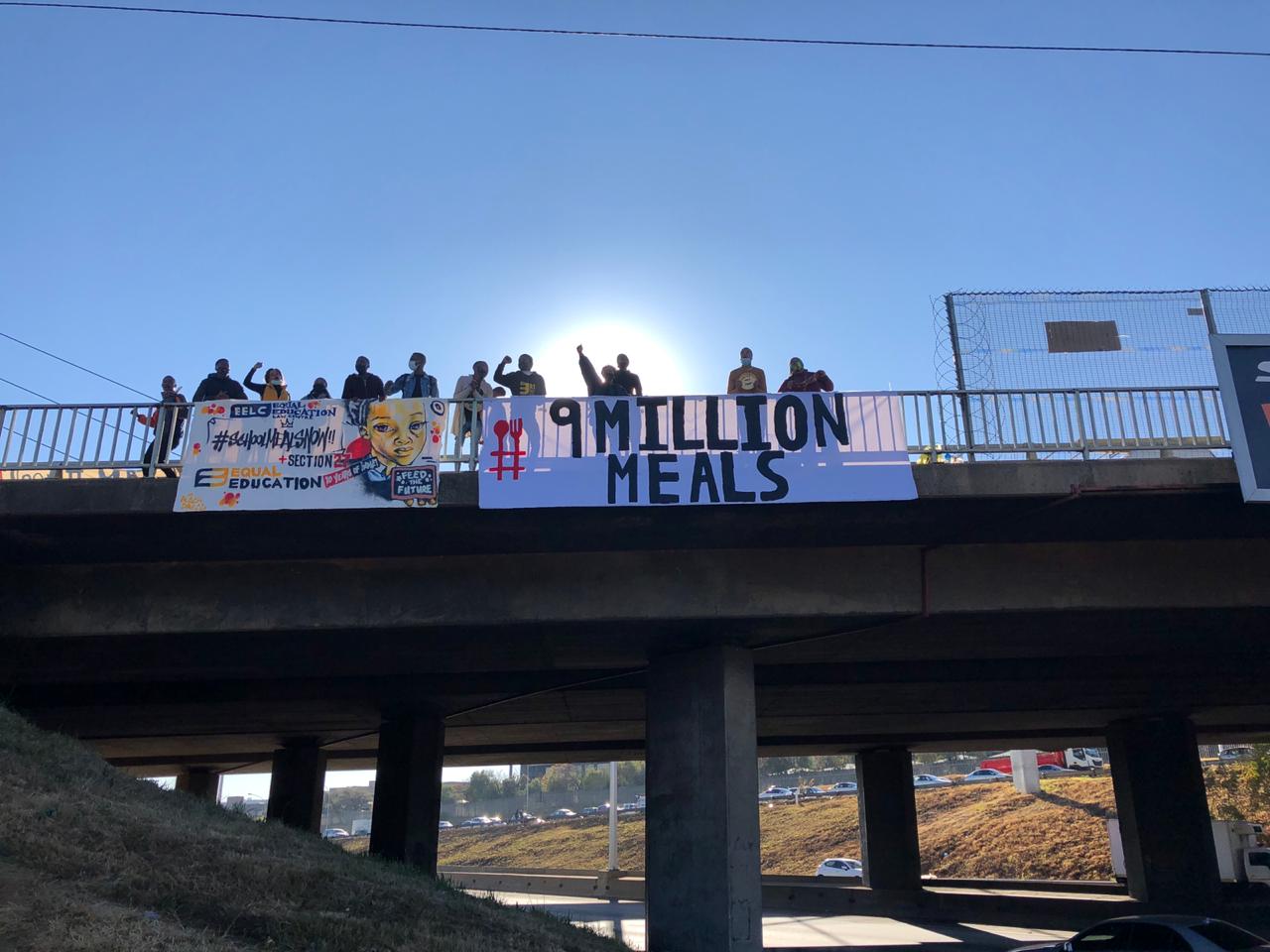 The reports should detail developments on the distribution of school meals to all of the over nine million qualifying learners – including those who are not currently in school. The latest report from the DBE and PEDs, which arrived on 7 August 2020, is more coherent than previous documents filed with the court and promisingly shows an increase in the number of meals being made available to qualifying learners in all provinces since we launched the urgent court case. However, the report says that there are barriers to learners accessing these meals. And rather than fulfilling the purpose and spirit of the structural order* handed down in the case of Equal Education & Others v Minister of Basic Education and Others on 17 July 2020, this report still lacks crucial information and plans to address obstacles to the collecting of food.

The latest report claims that the main problem with the rollout of the NSNP is that learners aren’t collecting meals or food parcels because of the recent temporary closure of schools, fears around physical distancing and the lack of scholar transport. The report does not, however, offer any plans to address these challenges. We believe that this unfairly puts the responsibility for the failure to implement the NSNP on learners and families, rather than recognising that the safety measures taken by schools have not been communicated properly and that learners do not all know when and how they can collect school meals. It is also the responsibility of each province to ensure that all safety protocols that have been developed to contain the spread of Covid-19 in schools are properly implemented.

While there is certainly an improvement from the first set of documents we received from the national and provincial education departments,  the DBE and provinces filed a consolidated (and incomplete) report which lacks detail on crucial aspects of the nutrition programme in some provinces. The Eastern Cape – where some schools are, in violation of the court order, providing meals only to grade 12 learners – does not provide any data at all on the number of learners who are currently benefiting from the NSNP or offer plans to ensure all qualifying learners can access meals.

There are contradictions between the data presented by government, and what learners and caregivers are telling us. Figures in the report from Limpopo and KwaZulu-Natal (where we have heard reports that learners are not receiving food) reflect the number of meals made available by government, rather than the number of meals actually collected by learners. This links to another problem that we have with the report – that the DBE and the PEDs do not clarify what tools are used to collect their data, or what the findings are from their NSNP monitoring visits.

In our letter we have asked Minister Motshekga to provide guidelines to the PEDs to fix these problems. We are requesting:

We have also asked that the PEDs provide us with business plans – due to be submitted to the DBE last week – that show that enough money is being put toward school meals.

It is unacceptable that learners and families may be unaware that they can fetch the school meals they are entitled to because of poor communication from education departments, or because they might not have transport to school. These court reports are an opportunity for the education departments to work with school communities and with us to solve problems in the best interests of learners across the country – but inaccurate data and contradictory information in the reports undermine the potential for meaningful engagement.

We will continue monitoring the delivery of food with schools throughout the country so that we have a sense of the uptake of the NSNP and any obstacles to the uptake, as well as how these problems are being fixed – or neglected – by the DBE.

We look forward to the next set of  reports from the PEDs and the DBE, as required by the court – which we expect will include the crucial information necessary to do away with the need to return to court to ensure that learners’ rights to basic nutrition, basic education and equality are being upheld.