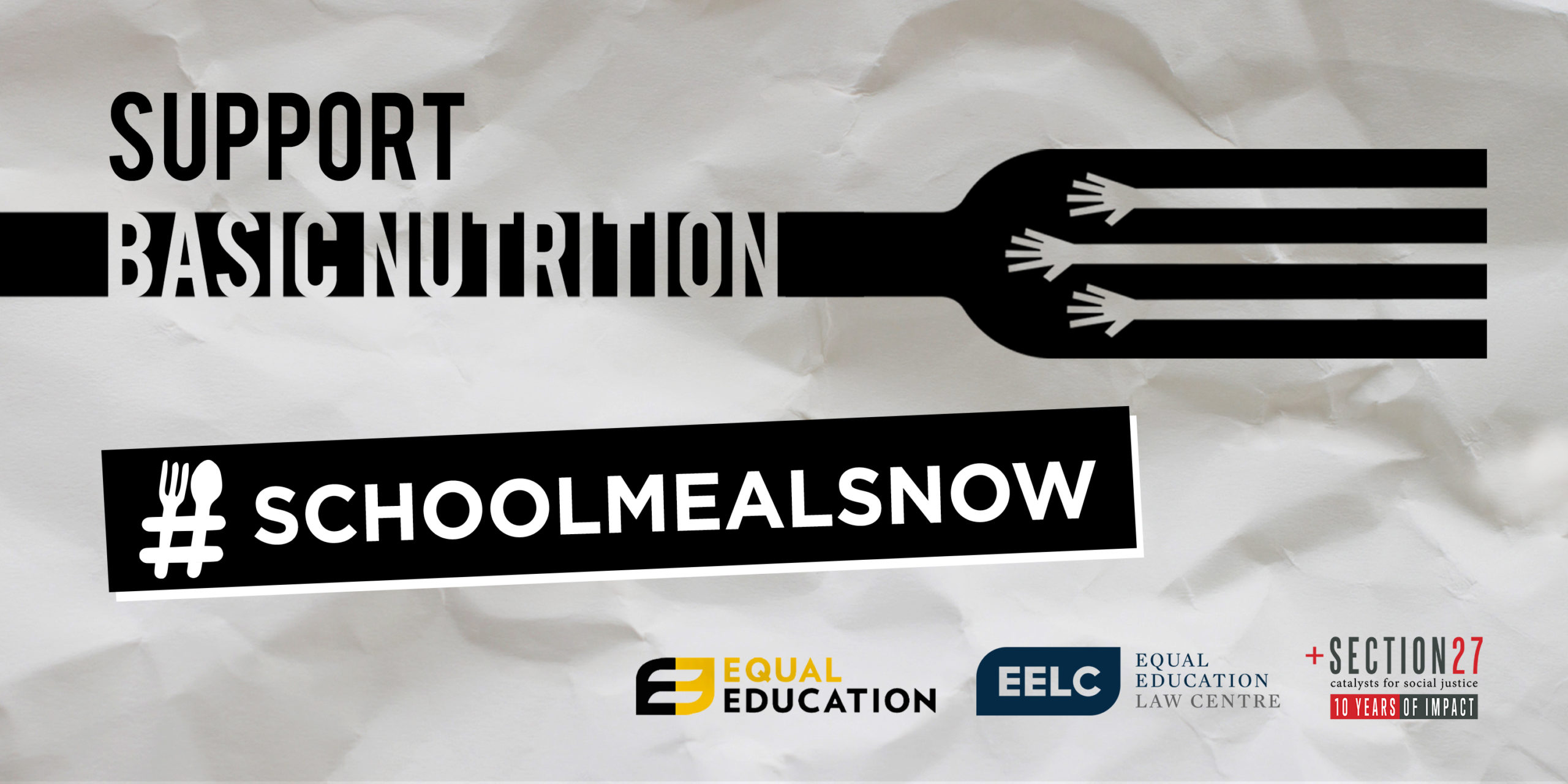 Equal Education (EE), Equal Education Law Centre (EELC) and SECTION27 are still urging the Department of Basic Education (DBE) to develop ways to get National School Nutrition Programme (NSNP) meals to learners who cannot access scholar transport to fetch meals on the days when they are not in classrooms. We have recommended to the DBE that food parcels or food vouchers be given to learners but also that education departments and schools keep telling learners and parents/caregivers that food can be collected at the schools closest to where they live.

Very importantly, the DBE has committed [p] to making school meals available to all learners who qualify for the NSNP, if there is a second wave of COVID-19 infections in the future and school gates are again closed:

“With concerns raised in anticipated second wave of infections, the Department is resolute that all eligible learners will receive or collect meals in line with the risk adjusted school calendar taking into account the COVID-19 protocols and measures.” – DBE Director General of Mathanzima Mweli.

This commitment to fulfil learners’ right to basic nutrition, even in possible future crises, is what we have fought so hard for.

Court-ordered progress reports, filed on 13 October by the DBE, show improvement in the rollout of the National School Nutrition Programme (NSNP). A survey of Equalisers (learner members of Equal Education) across five provinces, conducted in mid-October, affirms that while learners are at school, they are receiving meals. But the survey worryingly shows that:

Some of the findings of the survey, per province:

We have written to Basic Education Minister Angie Motshekga and the Education MECs, to highlight worrying elements in the reports, that include:

Our letter asks for:

We have just received the DBE’s latest progress reports, submitted on 2 and 3 November 2020. We commit to analysing these documents to see if the concerns we have raised have been taken into consideration.